This lesson will cover synapsis and crossing over that occur during the process of meiosis. We'll look at exactly when these occur and how they can lead to greater genetic diversity.
Create an account

Stop to think for a moment about your immediate family. Do you have some physical characteristics that look more like one of your parents than the other? Are there some characteristics that are the same among you and your siblings? I bet you can readily tell the differences between you and your siblings. Is there a member in your family that doesn't look anything like the rest of you guys at all? How does that happen when you guys all came from the same two people?

Well, so far this sounds like you and your sisters and brothers should look just alike. That would be the case if certain events didn't take place when each reproductive cell is created. Let's see how this seemingly simple process leads to the differences within your family. 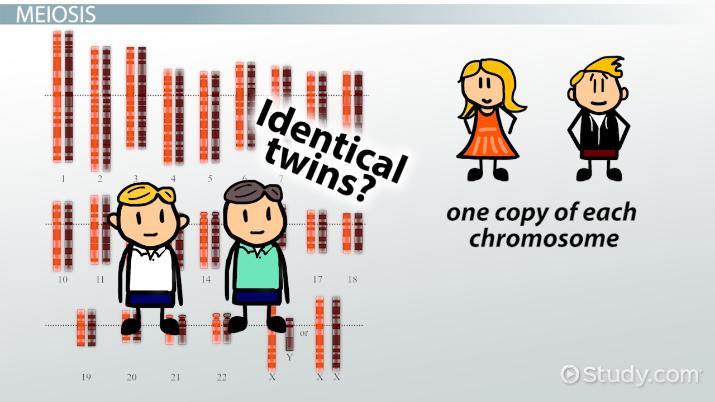 Coming up next: Hardy-Weinberg Equilibrium I: Overview

The next thing we went over is the coming together and pairing of homologous chromosomes referred to as synapsis which takes place during prophase I , the first stage of meiosis. You should now know that synapsis makes crossing over, or the exchange genetic material with a sister chromatid from the homologous chromosome, possible. The other thing to note is that any change in the original form of the genetic material is called a mutation.

Antibodies: Their Function In the Immune System