A Set of Rules

Anytime you have ever played a game, there has most likely been a set of rules that control how the game is played. Each player cannot do whatever he wants. The rules tell each player what he or she can and cannot do so that the game is played fairly and that no one player has a bigger advantage than another to win. Just like there are rules when we play games, the branches of the U.S. federal government have a set of rules they must follow. 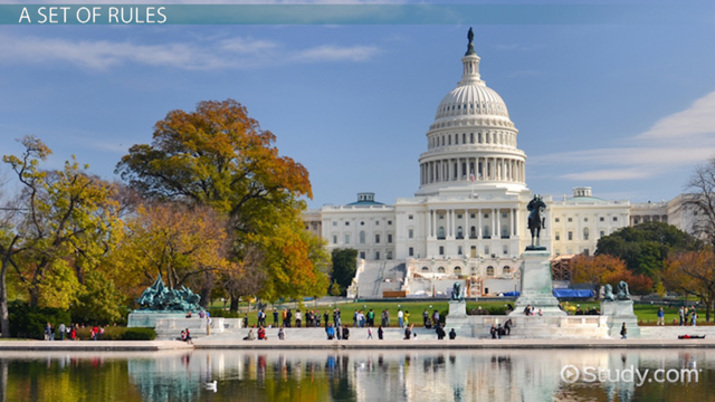 What Are Checks and Balances

When the U.S. government as we know it today was first being formed, the founders of the Constitution thought it was best if the government was divided into three sections, or branches: the legislative, executive, and judicial branches. Each of the sections would also have its own separate powers: the legislative branch creates laws, the executive branch enforces laws, and the judicial branch interprets laws. This was done so that no one branch would become too dominant.

In a general sense, think of the system of checks and balances like playing a game of basketball. There are coaches that tell the players what to do, much like the president does in the executive branch. Secondly, there are the referees that make judgments to see if something is right or wrong, like the judicial branch. There are also the rules that are agreed upon and must be followed, much like the laws that the legislative branch passes.

The system of checks and balances was established to make sure that parts of our government did not abuse their powers. Each branch, including the legislative, executive, and judicial, has its own unique set of powers and responsibilities to initiate change and to serve as checks, or limits, on the powers of the other branches.

Complete each section of this lesson on checks and balances in order to:

Overview of the US Supreme Court