This lesson will seek to explain the link between ancient Taoism and alchemy. In doing so, it will define internal and external alchemy while also discussing the elixir of immortality.
Create an account

In today's lesson, we're going to explore Taoist alchemy, specifically in its relation to the elixir of immortality. However, since I'm guessing the concepts of ancient Taoism are pretty unfamiliar to most of us, we should probably start with a short intro to Taoism.

Taoism, also spelled Daoism, is a Chinese philosophy that stresses living simply, honestly, and in harmony with nature. Although this definition seems rather cut and dry, the actual historical evidence about Taoism is sketchy at best.

In fact, when it comes to who actually came up with Taoism, no one can really give a definitive answer. However, many scholars site a man named Lao-tzu, also spelled Laozi, as the first to receive the inspiration of the Tao. However, not many agree on when he lived, with some even asserting he's more myth than real man.

Making matters even more difficult, there really is no concrete definition of the word Tao. The best most scholars, and even Taoists, come up with is to describe it as the way of perfect harmony with nature in its original form. In more Western terms, it's the idea that we and the universe are one. 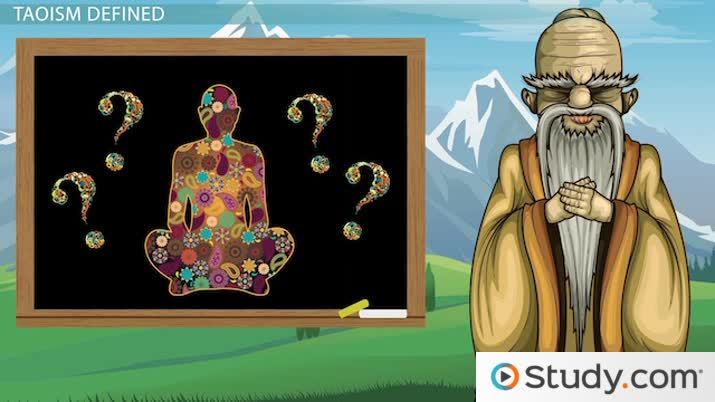 Coming up next: Taoist Sects: Heavenly Masters and the Perfect Truth

With that admittedly nebulous description, let's get on to Taoism and alchemy. For our purpose, we're going to use a more archaic definition of alchemy rather than what it's become in our more modernized Western world. We're going to define it a bit more broadly as the process of transforming something into a more valuable state of being.

Going with the theme of transformation, most of the first alchemists dedicated themselves to trying to find a way to turn common metals into precious gold. Almost like seeking a secret potion, these alchemists were some of the first to employ what we'd call the scientific process. They studied in laboratories, manipulating the natural elements in much the same manner of our scientists today and even recorded their observations.

While many alchemists tinkered with metals, many others turned their attention to the human body. This was especially true of the Taoists.

From ancient times til now, Taoists have placed a large emphasis on healing the body through things like the martial arts, yoga, and even massage. All of these aspects of caring for the physical body are done in order to create oneness between the physical body and the Tao.

Although many in the West also take part in these activities, they are more so done as leisure, to decompress, or more vainly, to simply fit into a smaller pant size. However, for a practicing Taoist, this care of the body goes so much deeper.

Known as nei-dun, or internal alchemy, this emphasis on care of the physical body is done in order to prolong human life and experience. Its goal is not to look good in a summer bikini; it's to become one with the harmonious and natural force of the Tao. It is to transform the human body into a perfected part of the Tao.

Not content with limiting the process of alchemy to only internal forces within the body, Taoists were among the first to begin using minerals and herbs to promote quality of life. Known as wai-dan, or external alchemy, these practitioners began looking outside the body to nature. Adding to this, they began searching for a way to not just live better but to live forever. In short, they began searching for the recipe for eternal life, the elixir of immortality.

History tells us the Taoist alchemists' search for the elixir of immortality reached all the way to the Chinese throne, and although they were never successful, the nobility's zeal helped to create the basis of science as an important part of Eastern culture. In fact, as early as the 3rd century BCE, Shi Huang Di, known also as the First Emperor, actually sent expeditions in search of a fabled mushroom that was thought to bring eternal life. Sadly for him and his alchemists, this proved in vain.

However, he got off much easier than some of the emperors who followed him. For instance, a few hundred years after Shi Huang Di, Emperor Wuzong would actually die of poisoning after ingesting what his alchemist ironically thought was the elixir of immortality.

Trying our best to put it into Western words, the Tao is translated as the way of perfect harmony with nature in its original form. From this comes ancient Taoism, the Chinese philosophy that stresses living simply, honestly, and in harmony with nature. A man named Lao-tzu is believed by many to be the first to receive the inspiration of the Tao.

Being very concerned with perfecting the human experience, Taoism has historically been linked to alchemy, the process of transforming something into a more valuable state of being. This alchemy has often been divided into two types.

First there is nei-dun, or internal alchemy. This type of alchemy emphasizes care of the human body in order to prolong human life and improve the human experience. However, it does not rely on outside forces from nature, such as vegetation, or other things in the external world. Practiced through things like the martial arts and yoga, this type of alchemy has helped shape the cultures of the East.

Second, there is wai-dan, or external alchemy. In ancient Taoism, this type of alchemy employed herbs, minerals, and other aspects of the natural world to not only improve life but to live forever. In short, they began using science and experimentation to create the recipe for eternal life, known to history as the elixir of immortality.

Despite the fact that this elixir remained elusive, many emperors of China gave their money and their time in search of it. In fact, Shi Huang Di, known also as the First Emperor, sent expeditions in search of a fabled mushroom that was thought to bring eternal life.

Some emperors even gave their lives, albeit accidentally, to gain this fabled elixir. One of the most famous of these was Wuzong, the emperor who is believed to have actually died after ingesting concoctions he thought contained his ticket to immortality.

The Origins of Taoism: History, the Uncarved Block & Tao-Te Ching

The Texts of Taoism: Tao-te Ching, Chuang-tzu & the Taoist Canon

Jen, Li, and the Five Relationships of Confucianism