Danielle teaches high school science and has an master's degree in science education.

Scientific names are used in taxonomy, the study of naming and classifying living things. Learn more about the characteristics of organisms in the six kingdoms and how the kingdoms are grouped into three domains. Updated: 08/16/2021
Create an account

Ever heard of a roly poly? What about a potato bug? A pill bug? Wood louse? All of these names are actually common names for the same organism. Imagine how confusing it would be to keep track of all living things if different people used their own names. For scientists, the use of common names and different languages started to make the study of life more complicated than it already was.

In order to create one system that could be used universally, Carolus Linnaeus developed binomial nomenclature. This is a system that uses two names to identify an organism. Specifically, it uses the genus and species names. We'll look at what that means a little later, but let's first look at how binomial nomenclature is used. In order to correctly write a name in this system, the first letter of the genus must be capitalized and the entire name must be written in italics. For example, the scientific name for a house cat is Felis catus. For the common goldfish, it is Carassius auratus.

During his studies, Linnaeus classified and named over 11,000 organisms. He based his classification on morphology, which is basically what an organism looks like. The chart below shows the morphology of leaves. While we now use genetics to classify organisms, Linnaeus is still one of the most memorable people involved in taxonomy, which is the study of naming and classifying organisms. 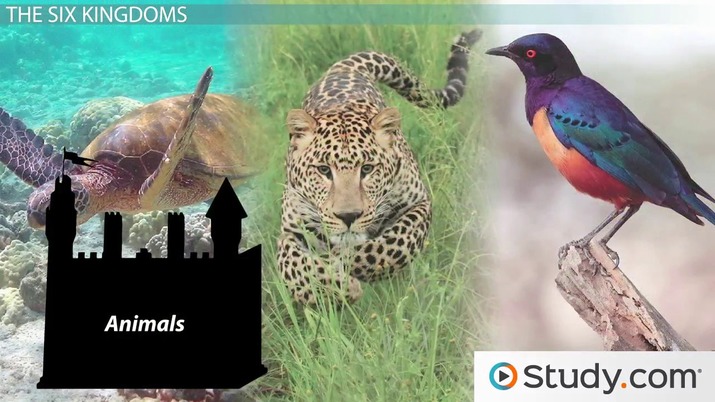 Coming up next: Cladograms and Phylogenetic Trees: Evolution Classifications

Now that we know why scientific names are used and how they are written, let's look at the hierarchical system of creating these names. Linnaeus developed a system that went from broadest to most specific. The levels of classification he used are: kingdom, phylum, class, order, family, genus, and species. You can see that genus and species are the two most specific categories, which is why they are used in binomial nomenclature to identify an organism. A good way to remember the order of classification from broadest to most specific is to use a mnemonic device. While there are countless mnemonic devices out there, I always remember the order using: Kings Play Chess On Fat Guys' Stomachs. The first letter of each word corresponds to the first letter of each level of organization, making it easy to remember.

A good way to think of how this system helps us identify groups of related organisms is to compare it to your address. You could identify very broadly where you live by just providing the continent, but you could also very specifically provide your house or apartment number. Let's look at an example of this comparing an address to the levels of organization used by Linnaeus. We can compare kingdom with the continent, phylum with the country, class with the state, order with the zip code, family with city, genus with street, and species with apartment number. We see here how this all lines up and helps to identify different levels. We could talk about all of the members of the same class just as we could talk about all of the people within one state, while you could more specifically talk about one species like you could talk about the people living in the same house.

A long time ago, scientists used just two kingdoms for the classification of living things: plants and animals. As our understanding of life has changed over the past few centuries, we have revised the kingdoms to reflect this. Currently, we use a six-kingdom setup. The kingdoms are: Archaebacteria, Eubacteria, Protista, Fungi, Plants, and Animals. Each kingdom has specific characteristics allowing taxonomists to accurately group organisms.

We will look at the importance and evolutionary history of these six kingdoms later. For now, let's just distinguish between the six different kingdoms. They are classified based on their cell type and number as well as how they get food.

While Linnaeus used kingdoms as his broadest grouping, taxonomists have since added another, broader level. This is the domain. There are three domains that are used to group the six kingdoms. The domains help show evolutionary relationships between the kingdoms. The domain Bacteria includes the kingdom Eubacteria. The domain Archae includes the kingdom Archaebacteria. The four remaining kingdoms - Protista, Fungi, Plants, and Animals - are all grouped together in the Eukarya domain because they all have eukaryotic cells.

Taxonomy, or the study of classifying living things, was made much easier once scientists began to use scientific names rather than common names. Remember that common names can vary greatly between cultures, areas, and languages, making it challenging to talk about the same organism. Carolus Linnaeus developed a naming system known as binomial nomenclature that allowed scientists to use a common naming system. This system uses the genus and species names to identify organisms.

The genus and species names are determined based on the hierarchical classification system. This system organizes living things into different specific groups. The broadest group is the kingdom, while the most specific is the species. You can remember the order of the levels by using a mnemonic device such as 'Kings Play Chess On Fat Guys' Stomachs.' The first letter of each word aligns with the first letter of the levels of organization: kingdom, phylum, class, order, family, genus, and species.

While we will look at all of these kingdoms more in the future, it is essential to have a solid understanding of the basic system of classification used.

The Dichotomous Key: A Classifying Tool

An Example of Rapid Adaptation: The Peppered Moths

What Is Motion? - Definition & Equations

Functions of the Lymphatic System