It wasn't all that long ago - about 10-12 generations - that the average Englishman was born, lived, worked, and died all within a 10-mile radius. Today, we have cars, planes, and trains, which allow the average person to travel that distance in only a few minutes. Indeed, technology in the past couple hundred years since the Industrial Revolution has traveled in leaps and bounds. In this lesson, we'll discuss just a few of the technological innovations already made or currently being made in the 21st century, which no doubt will change our lives in exciting and unexpected ways. 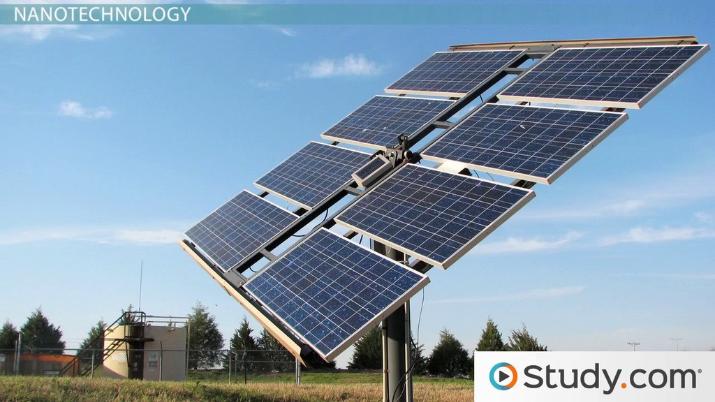 Coming up next: Social Media and Online Communities: Popularity, Use & Purpose

Though the digital revolution has been under way for roughly 30-50 years already, some of its ramifications are just being felt. The essence of the digital revolution is computers, such as the one on your desk, on your lap, or even in your pocket, which allow information to be stored digitally on microchips. The digital revolution has replaced many other forms of storage and filing systems; gone, for example, are the rolodexes from libraries, or the numerous filing cabinets, which used to populate every office or home. Instead, hundreds, if not thousands, of documents can now be stored on a microchip smaller than a grape.

More than just storing information, the digitizing of everything - from media, to phones, to television broadcasts - has changed our lives in unexpected ways and will likely continue to do so. For example, the creation of high-definition television digitized the signal in which most television stations broadcast. The resulting picture was far clearer and crisper than the previous, analog signals.

While this has been a joy for many television enthusiasts, especially sports fans, who can now view live events in definition nearly as crisp as real life, it has also presented a conundrum for some businesses. For example, owners of sports teams have had to find new ways to attract fans to their stadiums - fans who can just as easily watch the game in high definition from the comfort of their own home. This is just one example of the many ways that the digital revolution is making some of our lives easier and better, while at the same time presenting new challenges for others.

One of the reasons the digital revolution has progressed so far so fast is the new and evolving field of nanotechnology. Nanotechnology refers to the creation of artificial structures at the smallest sizes possible - at times even down to the atomic or molecular levels! Like the digital revolution, nanotechnology is beginning to touch every aspect of our lives. Indeed, the two trends are working in concert: advances in nanotechnology are allowing digital code to be written on smaller and smaller surfaces, causing computing power and storage space to grow exponentially in recent years.

Nanotechnology, however, extends into far more realms than just information technology. In the coming years, some have their hopes pinned on nanotechnology to help solve many of the world's issues. For example, recent advances in nanotechnology have allowed scientists to create solar fuel cells that are both smaller and five times more effective than current silicon-based cells. Additionally, entirely new and quickly progressing fields, like nanorobotics, hope to create microscopic machines, which can build consumer goods, be used in complicated surgeries, and even self-replicate themselves if given the correct materials!

The third technological revolution we'll discuss is the Internet. Again, like the digital revolution, the Internet is not solely a creation of the 21st century; in fact, the Internet was pioneered in the late 1980s and early 1990s by Tim Berners-Lee - not, as you might have heard, by Al Gore. Even though the Internet was around before the 21st century, it was in the past decade and a half that the Internet has truly become a facet of everyday life. The Internet has changed our lives in unexpected ways, allowing us to have a world of information at our fingertips, allowing some people to work entirely from their own homes, and creating entirely new digital communities.

Two concurrent innovations - social media and the smartphone - have both made the Internet a permanent fixture in the world today. Whether it's through Facebook, Twitter, or some other social media platform, social media has made it possible for people to stay connected with friends that live in distant locations or better coordinate activities with those close by. Additionally, the smartphone, which is not just a phone but essentially a small computer, has made the Internet accessible to nearly anyone at any time. The growth of the smartphone industry and the rapidly expanding uses for the Internet has also spurred the growth of Internet infrastructure; for example, many restaurants and bars now boast of having free wireless Internet connections available for patrons' phones and laptops.

However, as the Internet becomes more and more intertwined with our daily lives, those lives become harder and harder to keep private. Indeed, privacy concerns have abounded in recent years, as the privacy policies of social media platforms, like Facebook, have come under fire, and the Internet surveillance practices of governments, like the United States and China, have been increasingly questioned by watchdog organizations and politicians alike.

The 21st century has already seen many technological innovations. Some of these have already drastically changed the world we live in, while others will likely do so in the future. For example, the digitizing of all information - from hospital records to business contacts - has allowed many to do away with the musty old file cabinets, which used to house thousands of documents. Now, those documents can be stored on disks and chips that fit in the palm of your hand.

The same chips, which allow us to store digital information, have also increased computing power and allowed mankind to access the Internet at ever greater speeds. From keeping up with friends to discovering how to make the perfect omelet, the Internet provides us with a wealth of information at our fingertips. Similarly, nanotechnology should be one of the more promising fields to watch in the rest of the century. While encouraging the digital revolution, nanotechnology will also likely prove beneficial in fields from medicine to energy conservation.

The Bell Curve Theory & Themes | What is a Bell Curve?

How Science & Technology Can Be Used to Solve Society's Problems

Determining the Purpose of Your Message: Inform, Persuade & Good Will

What is an Internet Service Provider (ISP)? | Definition & Examples

Visual Aids: Importance & Purpose | What are Visual Aids in Presentations?