View bio
A tetrad in meiosis is made by two homologous chromosomes that have replicated into a pair of sister chromatids. Study the definition of a tetrad, with an explanation of how a tetrad is formed, how it operates, and the ending of meiosis. Updated: 09/15/2021
Create an account

What Is a Tetrad?

Imagine two pairs of identical twins standing next to each other to make a group of four. Now, imagine that the people are strands of DNA during meiosis. Bingo, a tetrad.

Okay, it is not a perfect example, but it is a good start.

A tetrad is the foursome during meiosis made by two homologous chromosomes that have each already replicated into a pair of sister chromatids.

If that is confusing, don't worry. The nitty gritty details are coming right up. 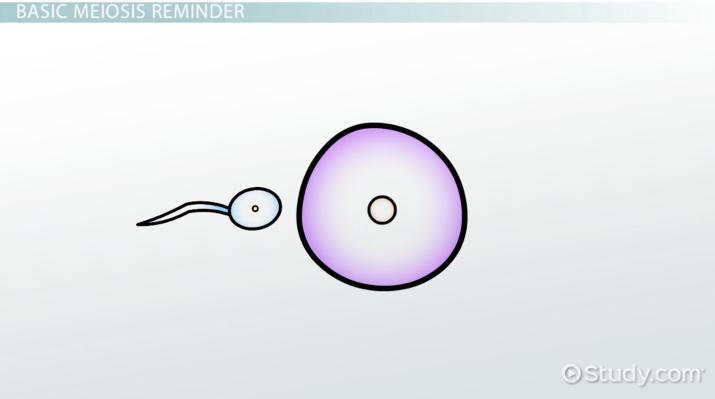 Coming up next: Do All Cells Look the Same?

Humans have 23 different chromosomes (numbered 1-23), but they have two versions of each one. This means that all cells in the human body have 46 chromosomes. Well, except for the sex cells.

The process of making cells with only half the DNA is called meiosis.

Before meiosis can begin, a regular cell replicates its 46 chromosomes. The original version and the new copy remain attached together like conjoined twins and are called sister chromatids. So, just before meiosis, a cell has 46 chromosomes (23 pairs of homologous chromosomes), and each one consists of two sister chromatids. If we think back to our cards, now imagine that you copied each card and stapled the copy to the original. In other words, your five of clubs is stapled to an identical five of clubs.

The first stage of meiosis is called prophase I, and this is when the tetrad forms. The two homologous chromosomes will align next to each other. But, since each is made up of two sister chromatids it will look like a group of four. In card version: the two fives of clubs stapled together are aligned with the two fives of diamonds that are also stapled together.

What Does the Tetrad Do?

While these two pairs of conjoined twins are hanging out next to each other, they swap some DNA in an act called crossing over or recombination. This is done to mix some of the DNA around and increase genetic variation.

Imagine the fives of clubs swapping a few of their club pictures with some of the diamond pictures. The result is some clubs with a touch of diamond and some diamonds with a hint of club.

As meiosis I continues, the homologous chromosomes are pulled apart into separate cells. In other words, the version from the father (clubs) and the version from the mother (diamonds) separate. The sister chromatids remain stuck (stapled) together until the next phase of meiosis (meiosis II), and then they are also pulled apart. By the end of meiosis, four cells will be created, each with one of the chromatids from the tetrad. Also, don't forget that there are 23 different tetrads formed during meiosis because each chromosome 1-23 will have a tetrad.

In this activity, students will use pipe cleaners to model the chromosome rearrangements that occur during meiosis, including the formation of the tetrad. To do this, you'll need at least two different colored pipe cleaners, each cut into two-inch pieces, scissors, and paper and pencils.

Now that you've read about the tetrad in meiosis, it's time to put your knowledge to work. Here, we're going to be using pipe cleaners to model meiosis. Follow the steps and write down your answers to the questions as you go.

Students should understand that each different colored pipe cleaner is a homologous chromosome. Before meiosis starts, the homologous chromosomes must duplicate. After the chromosomes duplicate, each part of the 'X' is called a sister chromatid. These sister chromatids line up to form a tetrad during prophase I. Then, crossing over occurs. The cutting and reattaching of the pipe cleaners represent crossing over because, inside the cell, the pieces of the chromosome are cut and pasted back together too.

Synapsis & Crossing Over in Meiosis | What is Synapsis?

P Generation Overview & Experiments | What is the Parental Generation?

The Role of Ribosomes and Peptide Bonds in Genetic Translation

Tetraploid Overview & Examples | What is a Tetraploid?