It's a movement that began with a howl, and it had a major impact on both poetry and culture in America. In this lesson, we'll cover the Beat Generation and review the defining characteristics of their style.
Create an account

'I saw the best minds of my generation destroyed by madness, starving hysterical naked,

dragging themselves through the negro streets at dawn looking for an angry fix...'

And so begins Allen Ginsberg's 'Howl,' one of the defining works of the Beat Generation. Those first few lines capture much of the spirit of the movement: madness, the streets, drugs. And the poem only gets more controversial from there.

This poem debuted in 1955, when the World War II generation was raising their baby boomer kids in neat little houses with picket fences. Dwight Eisenhower was president, and it was a great time to be white, male and middle class. So, who were these crazy poets, and why were they so rebellious? 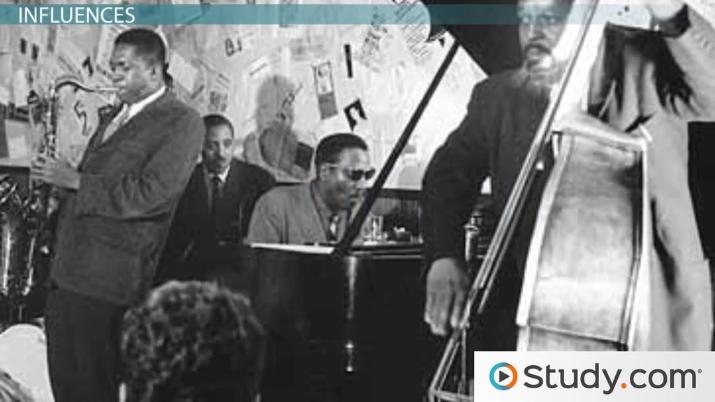 Coming up next: Jack Kerouac: On the Road and Other Works

To put it simply, the Beat Generation was a group of writers that emerged in the 1950s to reject literary formalism and the American culture built on capitalism and materialism. They included Allen Ginsberg, Jack Kerouac, Gary Snyder, Gregory Corso, Lawrence Ferlinghetti and others. While there were some women, this was mostly a boy's club.

It was Kerouac who coined the term 'Beat Generation.' It was meant to describe how they felt beat down, defeated and out of place among the returning soldiers and businessmen. The Beats were as much about an attitude and culture as they were about a literary style. Granted, many of the Beats came from upper- or middle-class backgrounds and went to prestigious universities. For example, Ginsberg and Kerouac met at Columbia University in New York. But they chose to rebel against societal norms.

They congregated out west in San Francisco, a city they found to be much more supportive of counter-culture than anywhere on the East Coast. In San Francisco, Ferlinghetti ran the City Lights bookstore (which is still a great place to check out), and he helped many writers get published. With this community of kindred spirits, Beat poets could thrive.

Before the Beats, there were the Modernists. Specifically, there were people like T.S. Eliot, who wrote poetry as stiff and formal as you'd expect from a guy who looks like this. The Beat poets hated Eliot and his ascetic.

I mean, here's Eliot. And here's Ginsberg. Eliot represented the establishment, tradition and adherence to form. His writing was very much divorced from the intimate and emotion. Compared to Eliot's work, Ginsberg's 'Howl' is like a catharsis. It feels sloppy, reckless and intensely personal and emotional.

Yet, that style didn't originate with the Beats. Many Beat poets cited the Romantics, like Shelley and Blake, as direct influences. The Romantics had rebelled against the intellectualism of the Enlightenment. By the 1950s, the pendulum had swung back towards the intellectual and the Beats moved it back toward the personal.

They were also influenced by jazz music, which was still seen as somewhat scandalous and certainly not something you'd ever see Eliot enjoying. Earlier I said that 'Howl' feels sloppy and reckless. This is just like a long jazz improvisation. It sounds like they're making it all up as they go, but it actually requires incredible discipline and practice.

In fact, here's the opening of 'Junkman's Obbligato,' a poem by Ferlinghetti that was meant to be accompanied by jazz:

Missing all our appointments

And turning up unshaven

stuck to our pants

leaves in our hair.

worry about the payments

and take it away

we were paying for.'

Note the Beat ethos espoused in these lines - let's turn our backs on society and wealth and live free.

Let's get a little deeper into the common characteristics of Beat poetry. When you're reacting against stiff, formal verse that uses high-minded language, you're going to write formless poetry that uses colloquial language - that's key. You saw that in the earlier examples.

There are also major recurring topics in Beat poetry. For example, drugs are referenced often. The Beats experimented with all kinds of drugs - everything from alcohol and marijuana to LSD and other psychedelic drugs. Some claimed that drugs facilitated their creative processes. Some may just have gotten hooked.

Then there's sexuality. There were openly gay Beat poets, like Ginsberg, and others who were bisexual. Of course, there have been gay writers throughout history, but the Beats wrote about it candidly. This was courting controversy and in fact, being controversial was central to the Beats' work. They were ticked off at society and wanted to tick people off. They weren't afraid of obscenities and that led to their works getting banned. In fact, Ginsberg's 'Howl' was so controversial that there was a trial in 1957 centered on lines way too explicit for this lesson.

Then there's nature. Poets like Gary Snyder studied Zen Buddhism and Native American culture. This all fed into an appreciation and respect for nature so that the natural world became very present in the poetry. Here's the opening of Snyder's 'Riprap':

'Lay down these words

In choice of place, set

Before the body of the mind

in space and time:

Solidity of bark, leaf, or wall

In addition to the nature imagery, again note the simple diction and loose form.

In summary, the Beat Generation was a group of writers that emerged in the 1950s. They rejected formalism in poetry and materialism in society. Like the Romantics, they believed poetry should be personal and accessible. Writers like Allen Ginsberg, Lawrence Ferlinghetti and Gary Snyder wrote poems about nature, sex, drugs and jazz.

You might be capable of doing the following after watching this video:

Jack Kerouac: On the Road and Other Works

The Perinatal Environment and Potential Hazards During the Birth Process

The Lost Generation: Expatriate Writers of the 20th Century

The Contemporary Period in American Literature

Countee Cullen's Role in the Harlem Renaissance: An Analysis of Heritage