View bio
Learn how the Constitutional Convention was convened to amend the Articles of Confederation and understand how the delegates abandoned that purpose. Explore the Great Compromise, and review the New Jersey Plan, Virginia Plan, three-fifths compromise, and other agreements that helped established the U.S. Constitution. Updated: 08/19/2021
Create an account

The Constitutional Convention: The Great Compromise

It's 1787. The Articles of Confederation have proven to be too weak to create a workable government. At the Philadelphia State House, now called Independence Hall, the same place where the Declaration of Independence had been signed 11 years before, for four months 55 delegates from 12 of the 13 states met to frame a Constitution for a federal republic that would last to today and beyond.

Even before Shays' Rebellion, people had been talking about the need to strengthen the American government. When meeting at Mount Vernon - George Washington's home - he, James Madison, and others came up with the idea of convening a meeting of delegates from the states to amend the Articles of Confederation. This meeting happened in Annapolis, Maryland, but only five states sent delegates. It was at this meeting that Alexander Hamilton's recommendation to convene another reform meeting in Philadelphia in the spring of 1787 was forwarded to the Continental Congress.

The states decided who they would send to the Constitutional Convention as delegates. Several prominent figures did not attend. John Adams, Thomas Jefferson, and Patrick Henry were among those who were not in attendance. Henry, who once said, 'Give me liberty or give me death,' now said, 'I smell a rat.'

Of those who did attend, George Washington, who was noted for his patience and fairness, was selected as the presiding officer. 55 delegates attended. Today, they are usually regarded as great sages, but the delegates were mostly lawyers, merchants, and planters who were there to represent their personal and/or regional interests. It is amazing how the group on several occasions was able to look past those personal interests and make amazing compromises.

The original purpose of the meeting - to amend the Articles of Confederation - was almost instantly scrapped, and the decision to start from scratch on a new document was made. This decision proved to Patrick Henry all of his fears, and he fought tooth and nail against the ratification of the Constitution because the delegates had overstepped their purpose. 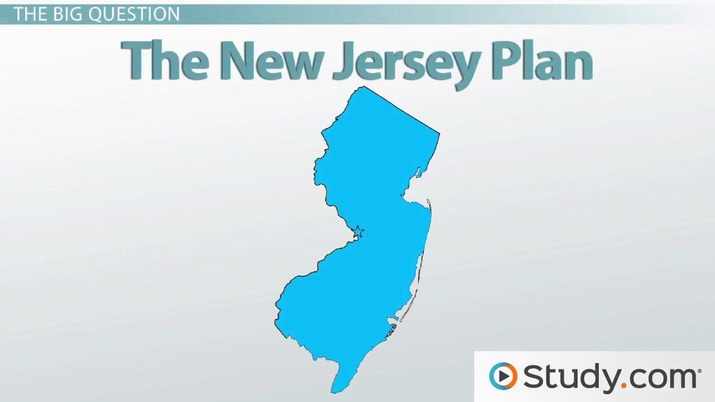 Coming up next: The Ratification of the Constitution and the New U.S. Government

Since both plans had a bicameral legislature, the answer was really quite simple. Two separate houses would be established - one by population, as wanted for big states in the Virginia Plan, and one where all states get equal representation, as wanted by the little states in the New Jersey Plan.

Of course, there were many more sticking points at the convention. One dark stain on the Constitution that has to be mentioned is the three-fifths compromise. Although the South did not want any rights for their slaves and wanted slaves treated as property, they did want their slaves to count as population when deciding their representation in the government. Since the Southern delegates would not move forward without the slaves being counted, a compromise was reached. 3/5 of the slave population would be counted towards the overall state population.

So, to recap: the Articles of Confederation were too weak. 55 delegates met in Philadelphia to amend them. Instead, they decided to start from scratch. The Great Compromise was reached between the big states and the small states. The proponents of the Virginia Plan got what they wanted in the population-based House of Representatives, while the proponents of the New Jersey Plan got what they wanted in the equal representation of the Senate.

You are an opponent of slavery from the North and have been chosen to take part in the Constitutional Convention. Your friend and fellow-delegate from South Carolina insists that slaves, though legally considered property, should be counted as people for purposes of representation in the new government. Write a 2-3 paragraph speech to deliver to the Convention outlining what you believe to be the hypocrisy of the southern delegates. Keep in mind that you may fear the power of the slave-holding South, but also that if you push too hard southern delegates may leave the Convention which would place the union of states in danger. For example, you could address your feelings on slavery's morality, including how you feel about counting enslaved persons for representation. Hint: How will this affect the power of slave states in the new federal government?

Divide your class in two. Each side chooses one of the proposed plans for the new government (New Jersey or Virginia). With specific references to each plans' particular design, debate which plan would be the best fit for the country. If either side fails to persuade their opponents, develop a "compromise" plan that may satisfy the concerns of each group.