Lauren has a Master's degree in Criminology/criminal justice, is pursuing and MBA in Financial Crime and Fraud Management, and has conducted lectures.

Mike and Rachel are high school students who have been dating for almost three years. They're supposed to go on a double date with another couple from school. When Mike arrives to pick up Rachel, he tells her she needs to change because he doesn't like her outfit. Rachel refuses to change, and Mike gets very angry and shoves Rachel for disrespecting him. Mike's assault of Rachel in this scenario is the focus of and can be explained using theories within critical criminology. 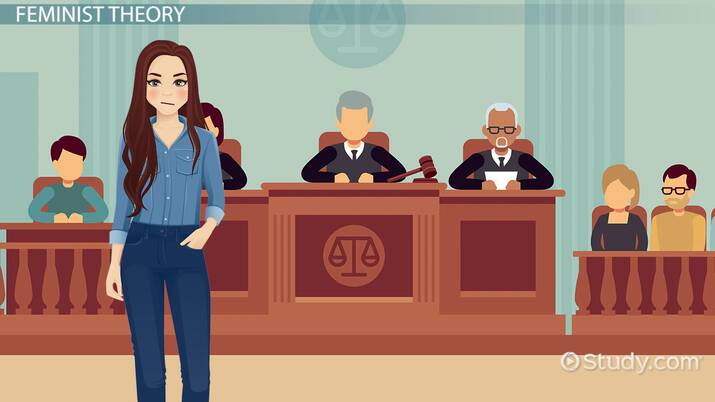 Coming up next: What is Peacemaking? - Definition & Theory

Left realism focuses on street crimes, like robbery and assault, and how we can reduce the amount of street crime that occurs. Left realism theorists argue that the focus has been on financial crimes and should instead be on victimization. According to left realism, street crime is due to the feeling of the offender being deprived in comparison to others.

For example, a lot of kids from Joe's school, including all the popular ones, have new Jordan sneakers, but Joe's family cannot afford them. Joe feels that he's being deprived of having these shoes. Because of this, he may try to find a way to get the shoes in an illegal way (for example, stealing or selling drugs to get money).

According to left realist theory, the justice system responds to high levels of street crime by changing the response by police, which usually means police officers stop trying to build relationships with the community and develop strict policies that end up in high arrest rates. Left realists argue this does not work and the way to reduce crime in areas with high levels of street crime is to build trust and bonds with the community.

Early criminologists did not include why women offended into their theories because males were doing most of the offending. Consequently, feminist theory focuses on understanding why females offend, why males victimize females, and how the justice system treats female offenders. This is a major argument from feminist scholars who argue old criminological theories need to be redeveloped to include females, or new theories need to be developed that exclusively focus on female offending.

Feminist theorists argue that because the justice system fails to consider women on an individual level, sexual harassment is often mishandled. Could this be part of the reason why women often don't report being victims of sexual harassment?

When female juveniles offend, they are most likely to commit crimes like shoplifting or prostitution, which is quite different than males, who more often commit violent crimes. However, there has been a spike in juvenile girls being arrested, even in violent crimes like robbery.

How are females treated differently once arrested? According to the research, females are more likely to be given probation or have their charges dropped, while males are more often given sentences where they spend some time in juvenile detention.

Finally, power-control theory is the concept that argues the type of parenting style and the gender differences in how children are raised helps to explain the gender gap. The gender gap means that boys offend significantly more often than girls. The parenting style helps to determine how girls versus boys learn about gender roles. According to this theory, the ways in which children are parented and taught gender norms can lead to delinquency.

In an egalitarian household, children are exposed to equality, meaning that both parents are equal. Meanwhile, in a patriarchal household, children observe the male as being dominant. Using our example from the beginning of this lesson, Mike most likely grew up in what type of household? If you guessed patriarchal, you're correct. The patriarchal style of parenting style more often leads to delinquency.

Power-control theory considers why boys are more likely to engage in crime, while girls are significantly less likely. This approach also helps to explain gender role (i.e., femininity vs. masculinity). For instance, have you ever heard the phrase, ''boys will be boys''? Power-control theory suggests that because girls are taught to be nice, neat, and proper, while boys are taught to be tough and rugged is the reason why boys become delinquent far more often than girls (i.e. crime is not ladylike).

Let's now take a moment or two to recap. As we learned, critical criminology is a perspective of criminology that urges people to look at criminal behavior in a different way, including looking at the political and social factors that create inequalities.

We then learned about three of the different types of critical criminology, specifically how it related to juvenile delinquency, which is a term used to describe children who have committed a crime (or crimes). These included left realism, which focuses on street-level crime and ways to reduce it; feminist criminology, which focuses on trying to understand and explain why women offend; and, finally, power-control theory, which focuses on the ways in which we are parented and taught gender roles and its connection to delinquency. Overall, critical criminology helps open up different perspectives of crime and causes people to think critically about crime and delinquency.