Does gravity have you down? Well, you are not alone. Gravity is the force that pulls objects with mass toward each other. It is what holds you to the earth. Learn how the strength of gravity is affected by mass and distance.
Create an account

I would like you to know that you are an attractive person. I realize that we've never met, yet I am certain that you are indeed attractive. Do you know how I can say this with such confidence? Because you, just like all objects we can see and touch, have mass.

We know about gravity thanks to the work of Sir Isaac Newton. He's the early scientist that got hit on the head with a falling apple. He deduced that the apple fell to the ground because it was being acted on by the earth's attractive force, which he called gravity.

Newton's Law of Universal Gravitation states that all objects in the universe are attracted to each other through the force of gravity. Gravity affects everything in the universe, but the amount of gravity affecting an object depends on two things: the masses of the objects being attracted and the distance between the objects. In this lesson, we will take a look at how mass and distance affect gravity. 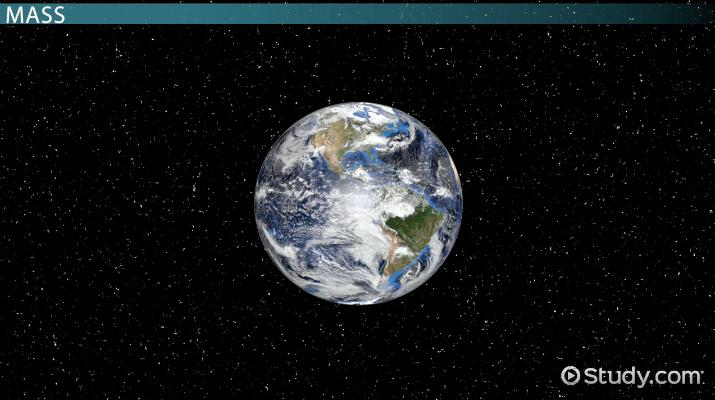 Coming up next: The Acceleration of Gravity: Definition & Formula

Mass is the measure of the amount of matter in an object. For example, a bowling ball and a ping pong ball are made up of matter. However, a bowling ball contains more matter than a ping pong ball and therefore has more mass. A good way to think about the relationship between mass and gravity is to think of the saying 'the bigger they are the harder they fall.' In other words, the gravitational force between objects increases as the masses of those objects increase.

The earth is an object with a lot of mass, so objects fall toward the center of the earth with a noticeable amount of force. This explains why it's easier to lift a ping pong ball over your head than it is to lift a bowling ball. The smaller mass of the ping pong ball means less gravitational pull to overcome. Keep in mind that the Law of Universal Gravitation states that all objects with mass have gravity. Therefore, the bowling ball and the ping pong ball are actually being pulled toward each other. However, their masses are much too small for us to notice the attraction.

This relationship between mass and gravity also explains why you can jump higher on the moon than you can on Earth. The moon has less mass than Earth; therefore, the moon's gravitational force is less than that of the earth. Astronauts leap and jump with ease on the moon because there's less gravity to pull them down.

Gravity is also affected by the distance between two objects. The thing to keep in mind is that the strength of gravity decreases if the distance between two objects increases. Remember how I said the bowling ball and the ping pong ball are attracted to each other through gravity? Well, if you move those two balls farther apart, the gravitational force pulling them together decreases rapidly. This rapid decrease in gravity as distance increases explains why you don't get sucked in by the sun's gravitational pull.

The effect of distance on gravity also explains why you can get satellites to stay in orbit around Earth. Engineers and scientists must carefully calculate the distance from Earth at which to place a satellite. The distance must be far enough away to prevent the satellite from being pulled back to Earth. But if it's placed too far away from the earth's gravity, it could be pulled into space by the gravitational pull of the sun and other objects in the solar system.

Gravity is the force that pulls objects with mass toward each other. Sir Isaac Newton is credited with describing the Law of Universal Gravitation, which states that all objects in the universe are attracted to each other through the force of gravity. The amount of gravity affecting an object depends on two things: the masses of the objects being attracted and the distance between the objects.

With distance, we see that the strength of gravity decreases if the distance between two objects increases.

After you watch the video, you should be able to:

The Effects of Mass & Distance on Gravity
Related Study Materials

Relating a Star's Brightness to Luminosity

How Orbits Are Influenced by Gravity & Energy

What Is Gravity? - Definition & Equation

What is Energy? - Definition and Significance in Nature