A cell's ability to grow or reproduce is influenced by its environment, both external and internal. Learn about cell environments, molecular transport, and crucial features involved in dynamic homeostasis and internal regulation. Updated: 09/30/2021
Create an account

Cells and Their Environments

This difference in environments inside and outside of cells is important, and living organisms need to maintain these cellular barriers for growth, reproduction, and homeostasis, which is the ability to maintain stable, constant internal conditions. 'Homeo' means 'same,' and 'stasis' means 'standing still,' so this means the conditions inside your cells are staying the same (despite changes outside the cell).

If your house didn't protect you from the cold in winter or the rain during a thunderstorm, you'd be cold and wet instead of warm and dry. The insides of cells need the same type of protection in order to perform normal functions and activities that help organisms survive and reproduce. 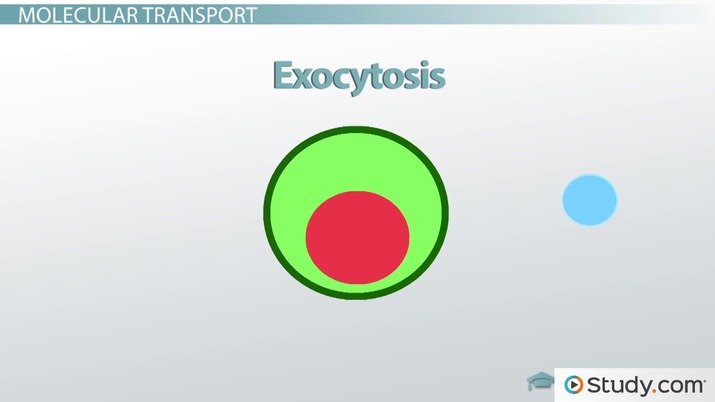 Most organisms that you are familiar with are made of eukaryotic cells, which are cells that contain a nucleus and organelle structures. For example, plants, animals, and fungi all fall into this category. Eukaryotic cells are surrounded by a plasma membrane that acts like the walls of your house. This membrane is surprisingly thin, but it does a very good job of regulating the internal environment of the cell through different means of molecular transport.

Some molecules are small enough that they can pass right through the membrane, usually by diffusion, which is the tendency for particles to spread out evenly in an available space. This means that, generally, there will not be an abundance of any type of molecule either inside or outside the cell. Instead, as the molecules move from an area of high concentration to an area of low concentration, there will be a balance created across the plasma membrane. Because the cell doesn't have to do any work to make this molecular movement happen, it's called passive transport. The cell just sits by passively and watches the movement occur.

When a cell uses energy to move molecules across the membrane, we have active transport. Now the cell actually takes an active role to achieve its desired environmental conditions. The reason active transport takes energy is because the molecules are moving against the concentration gradient, or from the side where there is less of that molecule to the side where there is more. Instead of the balance achieved through diffusion, the cell may want more or less of something inside to maintain its environment.

One way it can do this is by actively pumping molecules through transport proteins in the cell membrane. Cells may also use the process of exocytosis, which exports material out of the cell, and endocytosis, which imports material into the cell. 'Exo' means outside; 'endo' means inside.

OK, so what does this have to do with growth and reproduction? Well, if the internal cellular environment isn't controlled, your cells won't function properly, which is bad news for you! All of the cellular processes that occur in an organism require very specific conditions, such as the right sugar level, temperature, oxygen, and water balance. If these conditions aren't met, cells can't do the work they need to, which ultimately keeps you alive and well.

For example, metabolism is one important activity that depends on a specific internal cellular environment. Metabolism is what helps you maintain your body temperature. Many animals such as mammals, birds, and some fishes and insects are endotherms, meaning that they generate heat through their own metabolism. You already know that 'endo' means 'inside,' so these animals generate heat from inside their bodies. This is important, because if you didn't make your own heat, you'd freeze to death as soon as winter hit!

Your cells also need to remove 'waste' through molecular transport. If they didn't, it would be like you never taking your trash out of the house. It would just pile up everywhere, which you can imagine would get messy very quickly.

Protein synthesis is yet another important cellular process that helps you grow and survive. Your cells make proteins that come in more forms than we can possibly name here. They make your DNA, help your body recover from injury, break down food so that you can use its nutritious goodies, and much, much more. Without maintaining homeostasis within your cells, your body would have a difficult time making proteins, and therefore have a difficult time performing just about every bodily function you can think of (and many more that you can't think of!).

Like the walls of a house, cell membranes protect the inside of cells and maintain homeostasis through molecular transport. Controlling how much of which molecules enter or leave a cell allows cells to function properly.

Molecules may move through passive transport, which requires no energy from the cell because it is when molecules passively move through the cell membrane. They do this through diffusion, which is the tendency for particles to spread out evenly in an available space.

Molecules may also be transported by facilitated diffusion, which is when they diffuse through the plasma membrane via transport proteins. This is another form of passive transport because the cell doesn't actually do any work.

When a cell actively participates in molecular movement across the membrane, we have active transport. Cells have many ways of actively moving molecules in or out of the cell, depending on how they want to change their internal environment.

All of these regulations help your cells function properly. Metabolism, waste excretion, and protein synthesis are just a few ways that your cells keep you healthy and alive. Without being able to control the internal environment, cells would be as useless as a house that doesn't keep you warm in the winter or dry during a thunderstorm.

You should have the ability to do the following after watching this video lesson:

Unique & Chemical Properties of Water | What is Water Made Up Of?

Energy and Life: The Transformation of Energy in Living Organisms

What Are Aerobic Organisms? - Definition & Examples

G0 Phase of the Cell Cycle Definition & Overview | What is G0 Phase?

What is Cell Theory? | Parts of the Cell & Examples

Interphase: Stages and Preparing for Division