Explore how the economy has evolved from the agricultural era into a postindustrial society during the second agricultural revolution and the industrial revolution; how changes in technology and settlements impacted the workforce and economic power; and the primary, secondary, and tertiary economic sectors.
Create an account

Economy, in this lesson, refers to the ways people use and interact with their environment to meet their needs. Economy includes how goods are produced, exchanged, distributed, and consumed. The economy is an important aspect of society, and as the economy has evolved over time, societies have, too.

This lesson will walk you through the evolution of economy from the agricultural revolution through the postindustrial era. We will look specifically at how technology and settlement changes have impacted the economy. We will also discuss the three sectors of a modern economy: primary, secondary, and tertiary. 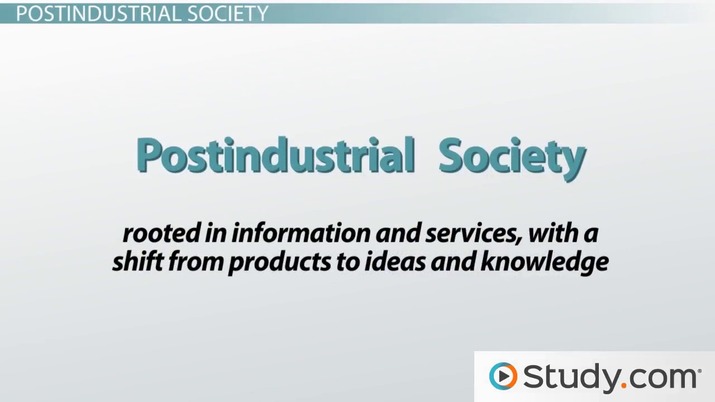 Coming up next: The Modern Economy: Primary, Secondary & Tertiary Sectors

The second agricultural revolution initiated the beginning of the evolution of economy. This period, between the 18th century and end of the 19th century, experienced rapid improvements in agricultural production and farm technology.

During this time, inventions like the plow, the wheel, and the number system, allowed humans to perform tasks more efficiently. These changes had both positive and negative effects on society. Farmers learned more practical and efficient farming practices, like rotating crops and using fertilizer, which led to better and bigger surpluses of food.

Tools were crafted out of longer lasting materials, and new agricultural technologies made human work more efficient. During this agricultural age, towns and cities grew, and certain regions became commerce and trade centers.

The benefits of these inventions included a greater surplus of food due to efficient processes (for example, a plow pulled by animals could cover far greater areas of land than one operated by a human).

Another benefit included more time for people to pursue and engage in other activities that were not directly related to the survival of the people. More time could be spent on activities like music and philosophy, which led people to discover different means of supporting themselves.

However, during this period we also saw some negative impacts, including a greater division of labor and status in which the wealthy gained control of the surplus resources and power became more centralized. Those that were wealthy were able to gain control over surplus resources and could afford a better living quality. Differences in social classes by ethnicity and gender increased.

The Industrial Revolution brought about a rapid and significant change in the economy due to the introduction of power-driven machinery and other energy sources. Societies developed from agricultural to industrial rapidly. Work that was previously done by individuals was now being performed in centralized settings in cities with large factories and on equipment capable of producing massive amounts of products quickly. The steam engines, textile mills, and other large-scale equipment are products of this era.

The Industrial Revolution allowed for faster and larger production of goods and more diverse populations, but also led to negative factors, including:

The shift in the economy is most obvious in its workforce. In the U.S., half of the workforce is currently employed in service industries, including government, sales, banking, and education.

In the postindustrial society, also sometimes known as the information society, the power resides with people in charge of storing and distributing information. An educated workforce excels, while those without higher degrees are still underpaid and overworked as in the industrial society.

As we have discussed throughout this lesson, the U.S. economy has evolved from one built on agriculture to one built on information and services. We can also discuss this evolution by differentiating between three types of economic sectors: primary, secondary, and tertiary.

The tertiary sector involves the supplying of services to consumers and businesses. This sector provides services to the general population and business, including retail, sales, transportation, and restaurants. The types of workers in this sector include restaurant bartenders, accountants, and pilots. The service industry makes up 80% of the labor force today.

The economy has undergone an evolution from one reliant on agricultural resources to one that is based on information, knowledge, and services.

The second agricultural revolution was the beginning of the economic evolution in which improvements in agricultural methods and equipment resulted in a greater surplus of supplies and food and allowed for people to spend their time pursuing other activities. The time period also resulted in increased inequality between the rich and the poor.

The Industrial Revolution, based on new technology and energy sources, allowed for faster and larger productions of goods and more diverse populations, but also led to overcrowding in cities, a wider gap between the rich and the poor, and unpaid and overworked people.

The postindustrial society shifts away from industry and goods and is based on information and knowledge distribution and services. The power resides with people in charge of the storing and distribution of information. An educated workforce excels, while those without higher degrees are still underpaid and overworked as in the industrial society.

The Evolution of Economy: Changes from the Agricultural and Industrial Revolutions
Related Study Materials

Governmental Regulation & Deregulation of the Economy