The FUEL coaching method is one of several managerial coaching methods available. Explore the defining traits of the method, its pros and cons, and the meaning of each letter in the acronym. Updated: 01/23/2022
Create an account

Heading Down the Road

What's the first thing that comes to mind when you think of fuel? Gassing up your car to help you head down the highway? Fuel is the power behind our ability to get to work and meet up with friends on the weekend. Fuel in business means something else entirely, though it's still a catalyst toward progress and achievement. It's one style of coaching model used to help people realize personal or professional goals. It's the FUEL method of coaching. 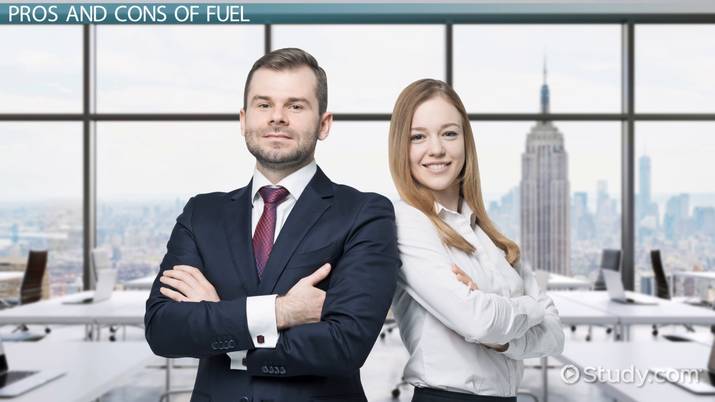 What Is the FUEL Coaching Method?

FUEL is a handy acronym that helps us remember each step in the method. Originally developed by John Zenger and Kathleen Stinnett in the book, The Extraordinary Coach: How the Best Leaders Help Others Grow, the FUEL system pairs a coach asking open-ended questions to an employee, whose role is to analyze their own situation, formulate an outcome, and take ownership for completing it. The pieces of FUEL include:

Let's look at an example between a manager and an employee. Sasha is coaching an employee of two years named Stephanie. Stephanie has had several run-ins with management, which have caused leaders to deem her as insubordinate and incorrigible. As a result, she is struggling to engage in her job, struggles with taking constructive criticism, and is avoided by her colleagues. When Sasha initiates the conversation, she begins by telling Stephanie what she wants to accomplish in their coaching session.

The U in FUEL stands for understanding the current state. This means that the coach works with the employee to get insight into their current reality and help them further develop their perspective. It's all about seeing things from the employee's point of view. During this stage, a coach might even share their perception of the situation after thoroughly listening.

Continuing with our example, Sasha is able to learn that Stephanie feels unvalued in her current role with the company. She has been passed over for other opportunities and has asked to take on more responsibilities, but she has been denied. This acknowledgment from Stephanie allows Sasha to better understand Stephanie's point of view. It gives Sasha an opportunity to ask questions in order to help Stephanie better see the impact her current reality is having.

For our fictional coaching session, this step uncovers Stephanie's desired state. She has aspirations of advancement inside the company, but needs to hone her skills in order to successfully apply for a management position. The two discuss options that might help Stephanie get there, including additional training, certifications, or finishing her college degree.

Lay Out a Success Plan

The next and final step in the FUEL model is to lay out a success plan. Now that you've identified the employee's current reality and their desired outcome, it's time to formulate concrete steps to achieve the ultimate goal. An effective action plan should include a timeline and deadlines for each step along the journey to completion. An employee helping to formulate their own success plan gives them accountability to see it through.

Sasha and Stephanie agree that Stephanie should complete the company's management academy program, a six-week training course for those interested in leadership. They set a goal of three months to complete the course. When that program is over, Stephanie will enter into a mentorship program for an additional three months.

For coaches, applying the FUEL method adopts an open-ended and open-minded approach to confronting employee issues. Managers in this role should frame the context and purpose of the coaching session upfront, and then give employees an opportunity to present the situation as seen through their own eyes. This gives managers a chance to see the circumstances from another point of view. From there, application involves talking about moving from the current state to the desired state, whatever outcomes or goals the employee sees for him or herself. In the end, the pair can formulate a formal action plan to achieve workplace success.

Pros and Cons of FUEL

FUEL can be an effective coaching method, because open-ended questions give the employee the opportunity to be heard. The conversation between coach and employee allows each to get another point of view on the situation. Employees actively contribute to their own action plan for success and have ownership for the outcome of their desired state. The FUEL method can also strengthen the relationship between the coach and the employee.

There are some potential pitfalls, though. A coach may try too hard to control the action plan or outcomes and, sometimes, one or both sides may have an inability to see the other person's point of view. The employee may be uncooperative or fail to open up, or the action plans may be too strict or too vague.

In the FUEL coaching method, a coach gives an employee the fuel they need to go far. FUEL works by Framing the context of the coaching session, Understanding an employee's current state, Exploring the desired state or outcome, and Laying out a success plan to achieve the desired goal. Coaches use an open-ended form of questioning and conversation that allows the employee to express him or herself and take ownership of a successful outcome.

How to Develop Individualized Coaching Plans

Teamwork & Collaboration Skills in the Workplace