The Gram stain is a technique that targets distinct differences in bacterial cell walls. Explore the background of the Gram strain, how the stain affects bacterial cell walls, and classic examples of Gram-positive and Gram-negative bacterial organisms. Updated: 09/24/2021
Create an account

Ask any scientist, doctor, technician, or researcher who works with microorganisms what is the first step in any bacterial investigation. I bet that nearly every one of them will tell you 'the classic Gram stain.' This technique is always one of the first things taught to new students in the previously mentioned disciplines - a technique that can often prove not just useful but crucial to identifying the type of bacteria causing a particular disease, contaminating an experiment, growing on a medium, or causing a foodborne illness. But, if you are new to the world of microbiology, you might not know what a Gram stain is. Hopefully, we can shed some light on this important technique. If you're interested in step-by-step instructions, see the lesson 'The Gram Stain: Theory & Procedure.' 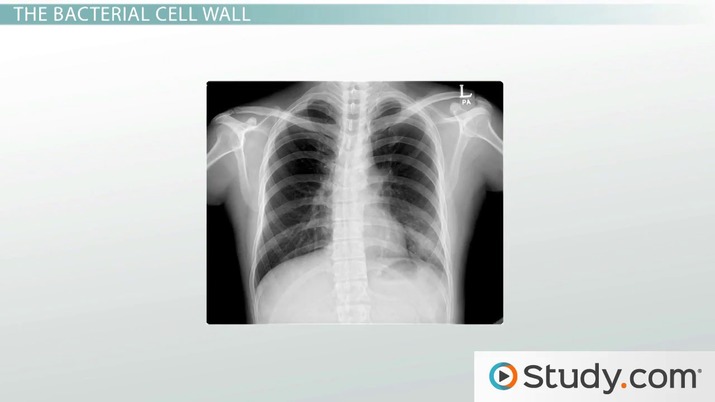 Try it now
Back
Coming up next: The Gram Stain: Theory and Procedure

Christian Gram was a Danish bacteriologist who was determined to find a procedure to make bacteria more visible under the microscope. He was a major pioneer in the staining of bacteria to color them and increase their visibility. In 1884, he developed a staining procedure that would actually differentiate, or distinguish, the different types of bacteria in a sample containing several species. Today, this procedure is called the Gram stain after its inventor, and it continues to be a staple of microbiology labs and hospitals worldwide.

The Gram stain is a differential staining technique that allows scientists to detect differences in the bacteria based on the cell wall. Remember, a differential staining procedure is one that allows the observer to visually distinguish between different types of bacterial cells based on the idea that not all cell types stain equally. If we look at these two definitions together, a clearer picture will emerge, I promise. Putting them together: performing a Gram stain on a mix of bacterial cells allows the observer to visually distinguish two different types of bacteria based on the different ways the two types of cell walls take up the stain.

With that in mind, let's briefly review the two types of bacterial cell walls. The major structural component of the bacterial cell wall is peptidoglycan, a complex structure that resembles a chain-link fence and provides rigidity to the cell wall. Some bacteria have a very thick peptidoglycan wall composed of many individual layers stacked on top of each other. These are called Gram-positive bacteria, and they appear purple after staining.

Other species of bacteria have only one or two layers of peptidoglycan. This thin layer is covered by an outer membrane, similar to the typical cell membrane that encloses all bacterial cells, giving these bacteria a double membrane. These are called Gram-negative bacteria and they appear red after staining. The Gram stain procedure takes advantage of the different ways the cells with a thick peptidoglycan layer and the cells with a thin peptidoglycan layer and an outer membrane take up and hold the stain, thus differentiating the two different cell wall types.

Of course, things in science can never be so black and white - or in this case, purple and red. Some bacteria can be Gram-variable, staining either Gram-positive or Gram-negative depending on the staining procedure, the bacteria's growth conditions, or the age of the bacterial sample. Then there are the bacteria that lack cell walls altogether. Mycoplasma, a common cause of pneumonia, has no cell wall to stain!

For this lesson, we'll disregard these oddballs and take a look at several classic examples of Gram-positive and Gram-negative bacteria. We'll start with the Gram-positives. You've probably heard of many of these bacteria.

Staphylococcus is a Gram-positive, coccus-shaped bacteria that tends to grow in clusters. Notice the grape-like clusters of purple spheres. The particularly nasty Staph is Staphylococcus aureus, a pathogen that can cause a wide range of illness from mild food poisoning to a life-threatening skin infection. You have probably heard of MRSA, which stands for 'methicillin-resistant Staphylococcus aureus.'

The next example is Gram-positive bacteria in the genus Bacillus. These spore-forming, rod-shaped bacteria run the gamut from harmless lab organism to deadly bioterrorism threat. This is an image of Gram-positive Bacillus anthracis, the causative agent of anthrax. Note the long chains of purple rods.

The next genus is Clostridium. These Gram-positive, rod-shaped bacteria include Clostridium botulinum, a common food-poisoning agent but also the source of the toxin used for Botox. In this image you can clearly see the purple-colored rods. The thickening on the poles of many of the cells are endospores, a structure that allows the bacteria to survive during harsh, unfavorable conditions.

Salmonella is another Gram-negative rod. This bacteria is infamous for causing disease from undercooked chicken. There are even stories of children getting Salmonella from baby turtles after deciding to pop the little buggers in their mouths! Not all Gram-negatives are rods, though. Neisseria is Gram-negative cocci that causes the sexually transmitted disease gonorrhea. Notice the small, round, red cells characteristic of Gram-stained Neisseria.

Let's briefly review the Gram stain. The Gram stain is a differential staining technique that allows scientists to detect differences in bacteria based on the variable structure of the bacterial cell wall. A differential staining procedure is one that allows the observer to visually distinguish between different types of bacterial cells based on the idea that not all cell types stain equally.

Several classic examples of Gram-positive bacterial genera include Staphylococcus, Bacillus, and Clostridium. These cocci and rod-shaped bacteria all appear purple after staining. Several classic examples of Gram-negative bacterial genera include Escherichia, Salmonella, and Neisseria. These pathogens can be rods or cocci, but all appear red after staining.

After the completion of the lesson, you could be able to:

What is Phlebotomy? | Definition & Equipment

Agar Properties, Types & Uses | What is Agar Made Of?

What is Phlebotomy? | Definition & Equipment

Agar Properties, Types & Uses | What is Agar Made Of?