A healthy family relationship can contribute positively to the growth and development of a child, while unhealthy and abusive relationships can do the opposite. Review some facts and statistics on child abuse, explore the main characteristics of abusers and abused children, and see the impact of abuse and neglect on a child's growth and development. Updated: 08/23/2021
Create an account

Facts and Statistics of Child Abuse

Child abuse statistics are hard to get a handle on because so many instances go unreported. However, in 2009, a national study found that there were 702,000 unique reports of children who were deemed as victims of child abuse in the United States. Of those 702,000: 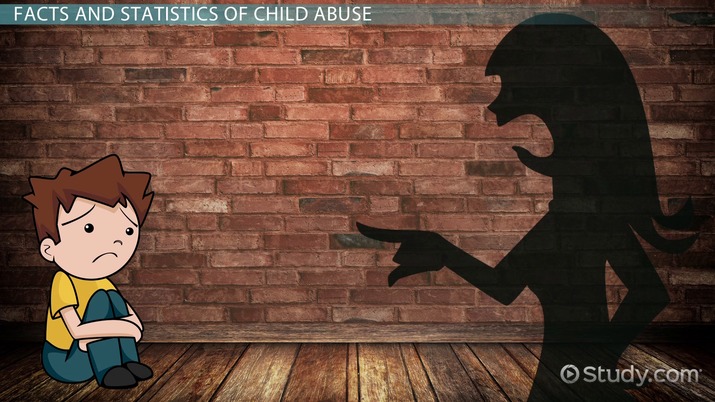 Coming up next: Theories of Aging and Death: Programmed Theories vs. Damage Theories

Characteristics of the Abuser

Contrary to popular belief, only ten percent of child abusers have a mental or psychological disorder. Further, abusers come from all races, ethnic groups, and social classes. Researchers have identified commonalities among abusers.

Abusive parents, especially mothers, are often abused by their partners.

Abusers often have low self-esteem or confidence, are in insecure partner relationships, and hold low self-efficacy as a parent. These feelings of insecurity, especially in partner relationships cause the abuser to form negative internal working models of themselves, their children, and others. These negative internal working models suggest people can't be trusted and they are difficult to love.

Abusive parents are often unrealistic or uneducated in the care of young babies and children. In non-abusive households, when a baby cries, the parent knows it needs something: food, a diaper change, attention. However, in abusive households, the abusive parent takes the baby cries as criticism of their parenting. They are unable to understand the cries are a form of needs communication.

Characteristics of the Abused

Research does not conclude that the following characteristics are justifiable reasons for abuse. They are, however, present in most cases of abuse.

The Impacts of Abuse on Child Growth and Development

The effects of direct and observed abuse have multiple negative impacts on child growth and development.

Abuse occurs among 12 out of every 1000 children in America. While much abuse goes unreported, researchers have been able to identify characteristics of abusers and of those abused.

Abusers can be any age, race, or ethnic group, but are typically from abusive households themselves, abused by their partners, have low self-esteem and confidence, and are often unrealistic or uneducated regarding the care of children.

Children that are abused often have medical issues or disabilities or have difficult temperaments.

What Is Physical Development? - Definition and Examples

What is Family? - Definition, Characteristics & Types

What Is Cooperative Learning in the Classroom? - Strategies, Benefits & Definition