Measurement is a necessary part of the research process in psychology. Examine the importance of measurement by first learning to define it then explore the three common types of measures found in psychological research. Updated: 09/27/2021
Create an account

Imagine that you are a psychologist. There's a new type of treatment for depression that you think will really help many people. But, how do you know for sure?

You could try it out on a friend of yours. He was depressed before, and after the treatment, he's fine. Does that mean it will work for other people? Your friend is a man; will it work on women? He's from a big city; will it work on people from small towns? Did the treatment help your friend, or was he just going to get better on his own?

Let's go back to our scenario above. You want to see if the people who received your treatment for depression end up any better than the people who did not receive it. If they do, then you have evidence that your treatment works. But first, you have to find a way to measure the levels of depression in people. This could be through having them fill out a questionnaire, or it could be through some other type of measurement. Let's look closer at the importance of measurement in psychological research and how it is used in the real world. 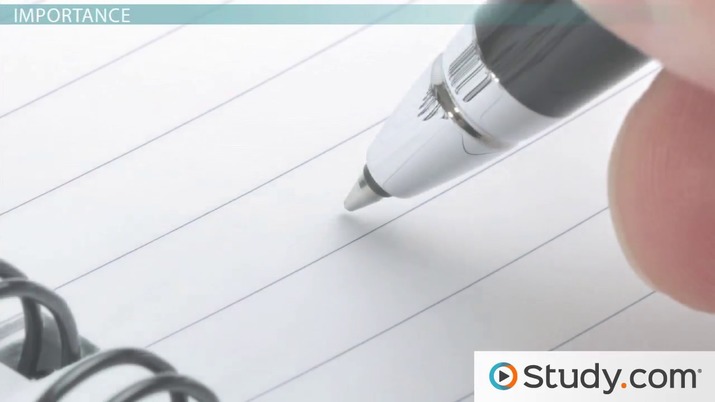 Try it now
Back
Coming up next: The Difference Between Qualitative & Quantitative Measurement

So, why is measurement important? What does it actually tell us? Measurement gives us a picture of what's going on. Imagine that I ask you how long your desk is. How are you going to tell me? Will you get out a ruler and give me the number of inches? Will you place your hand down and let me know that it is nine hands across?

Whether you use a ruler or your hand, your measure will let you communicate with me about the length of your desk. That's all that measurement is: a way to understand what's going on and communicate it to others so that they, too, will understand.

In psychological research, you are comparing one thing to another. This could be comparing two groups, like doing a study to see if men are better at math problems than women, or it could be comparing changes over time, like our study on whether people given your treatment for depression become less depressed after the treatment.

Either way, you want to see if there are differences. In order to see that, you have to measure something: the number of math problems that participants answered correctly or the number of depression symptoms patients suffer from.

So, we know that measurement is important so that we can see what's going on. But, how do you measure psychological traits? There are three common types of measures in psychology: task performance, observations, and self-report.

Task performance is simply being given something to do. Maybe I give you a bunch of math problems and ask you to complete them. The math problems are the task, and I will measure how many you got right, or your performance. In the real world, task performance measures are used for things like measuring IQ or with standardized tests, like the SAT or civil service exams.

Observations involve a trained researcher observing behavior and making notes. For example, maybe I want to see how engaging a children's television show is. I might put it on and observe how often a child's attention wanders away from the screen. In the real world, observational measures are used for things like seeing how employees work, how children react to things, or symptoms of psychological disorders.

Finally, self-report measures focus on questionnaires or surveys that ask people to tell you about them. For example, maybe I ask you to rate how depressed you are on a scale of 1 to 10. You are reporting about yourself to me. In the real world, self-report measures are often used for things like personality tests or measuring how people feel or think about certain things.

Reliability in Psychology: Concept & Examples | How to Determine Reliability

The Importance of Measurement in the Research Process
Related Study Materials

Reliability in Psychology: Concept & Examples | How to Determine Reliability