Though a defining moment in Jewish history, the Diaspora in the Ancient World was something that Judaism had spent hundreds of years preparing for in order to ensure its survival. Updated: 08/31/2021
Create an account

Culture on the Move

From the earliest days of Judaism, it was designed to be a culture on the move. The religion received much of its greatest revelation during the 40 years of wandering in the desert after leaving Egypt, and worked to make sure that the people's new religion would be protected, even if their land wasn't. Unfortunately for the Jewish people, this was soon put to the test by the Babylonians, who conquered the Jewish homeland and carted all of its inhabitants off to Babylon to become enslaved.

But, through all this, the Jews remained Jewish. They didn't disappear into trying to be Babylonian, but instead remained very much in tune with their own cultural identity. In no small part this was a result of the emphasis placed on those portable aspects of culture, like religion, rather than more static aspects of culture, like the ruins of the Temple that the Babylonians had destroyed. 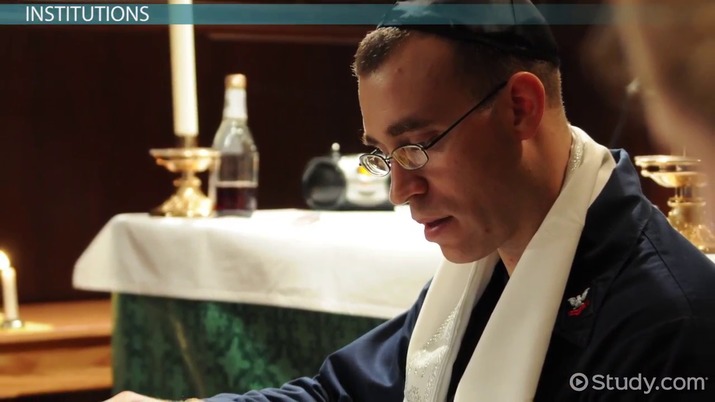 Coming up next: History of the Alphabet: From Cuneiform to Greek Writing

Upon the return to Jerusalem following the conquest of Babylon by Cyrus the Great, the Jewish people never forgot what it was like to be in exile. More importantly, they never forgot that this time, they had been lucky. What would happen if the Babylonians had enslaved and sold them across a vast region, or even around the whole world? How would the ideals of Judaism, the very ideals that made the Jews a distinct people, hope to survive such a displacement?

The Jews soon started to work on writing down the Mishnah, or the 'Oral Torah,' so that the great intellectuals could be taken anywhere. In the past, these teachings had been transmitted by word of mouth, but now with the real danger that the community could be separated, these teachings had to be preserved in at least some way for future generations. However, that was only half the issue. After all, what good was having an Oral Torah, which allowed questions to be asked, if there was no one there to ask them to?

That second question prompted the writing of the Talmud, a series of commentaries on the Mishnah. The Talmud came in two versions, one written in Jerusalem and one written in Babylon. Of the two, the Babylonian Talmud is the most authoritative, although both are still used even today. With the writing of the Talmud, the tools existed to protect Jewish teaching in the worst-case scenario.

Unfortunately for the Jews, it was exactly the worst-case scenario that awaited them. After Cyrus freed the Jews and rebuilt their temple in Jerusalem, another empire soon threatened the region. However, whereas the Persians under Cyrus had been sympathetic to the plight of the Jews, the Roman Empire would have no such sympathy.

Among other things, the Romans demanded that their subjects give offerings to their emperor as a god. Obviously, this went against the most basic teachings of Judaism, specifically the commandment against having other gods before the one true God. Few Jewish people were willing to comply with this order, and as the Romans began to punish the Jews for not worshiping their emperor, some Jews moved to revolt.

The Jews were unable to defeat the power of the Roman army, and the Romans punished the Jews heavily for having the audacity to revolt against Rome. The Second Temple in Jerusalem was destroyed and looted, and once again the Jews were to be exiled. But this time they were given no clear guidance on where to go and, thus, spread throughout the known world. One thing was for sure - they were forbidden to live in Jerusalem.

Soon, Jewish communities showed up in Britain, France, Spain, and even India and China. This dispersal of the Jews out of Israel and Judah to the rest of the world is known as the Diaspora. Yet, not all was lost for the Jews. After all, they had been prepared for a Diaspora for years. Thanks to the Mishnah and the Talmud, as well as existing traditions that made it more comfortable for Jews to be away from the Promised Land, many Jewish communities were able to survive to the present day despite limited contact with other Jewish groups.

In this lesson, we looked at the role of movement in Jewish history, specifically the Diaspora of Roman rule. We saw how Judaism had prepared itself to be a religion on the move since the days of wandering in the desert, and how this emphasis was encouraged after time in Babylon. We looked at the role played by the Mishnah and the Talmud to achieve this mobility, as well as some of the causes for the Roman decision to put the Jews into the Diaspora.

The Jewish Diaspora in the Ancient World
Related Study Materials