This lesson will seek to explain the motivation for differing economies across the globe. In doing so, it will highlight the concepts of subsistence, profit motive, and cash crops.
Create an account

This past summer my youngest daughter held her very first lemonade stand, and from the first quarter she received she was hooked! It was a delight to see her smile at her customers, asking them if they'd like another cup or two. By the end of the day, she was beaming! When I asked her why she enjoyed it so much, her older brother interrupted and answered, 'Uh…cause of the money, Mom!' My daughter thought about his answer for a second and then excitedly said, 'Yep, I made $16!'

With this little anecdote of sorts, we see what anthropologists would call motivations that drive economies. In other words, what causes people to produce, distribute, and consume goods within a society? Stated another way, what is the incentive behind people's need or even desire to work? The purpose of today's lesson will be to answer this question.

Now before we dive into this topic, there's one thing we should probably note. When we use the word 'work' in this lesson, we're not just talking about the westernized version of employment. We're talking in a broader sense, describing how a society and the individuals in that society work to produce and obtain things to meet their needs. In other words, when we say work to produce we're not just talking about a man putting in his hours at a factory. We're also talking about a tribal man hunting on the plains of Africa.

In the same manner, when we use the word 'economy,' we're not just talking about money changing hands. Again, we're using economy in the anthropological sense of societies producing, distributing, and consuming goods. Yes, economy encompasses the idea of the Dow Jones, but it also includes a young tribal woman gathering food for her family.

With this in mind, let's get to the meat of our lesson. 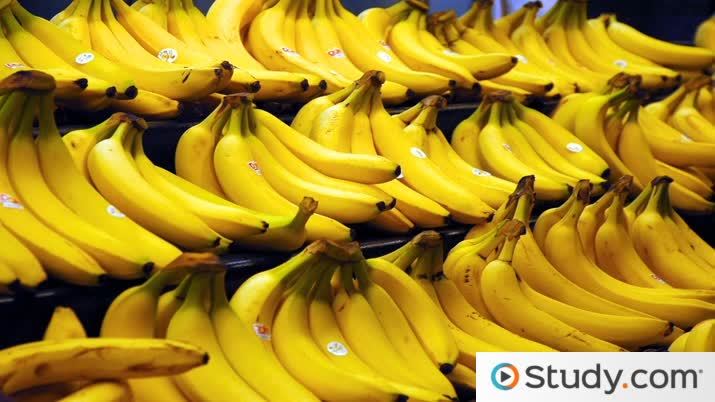 Coming up next: How Anthropologists Study Resource Management within Groups

For starters, anthropologists from across the globe would agree that the most basic incentive to work, or to produce and distribute goods, is plain and simply, survival. It's the desire to meet the basic needs of food and shelter. For instance, I think it's pretty safe to say that the very first seeds planted by the European settlers of America weren't planted with the intent to sell to some large market. They were planted for survival. In the same manner, their first homes weren't built to impress the neighbors, they were simply built to protect them from the elements. In other words, they produced and worked, whether it be for food or shelter, in order to just survive!

Although things have changed quite a bit in North America, this type of production for mere survival is still present around our globe. Today it's often referred to as a subsistence economy in which almost all members of the community directly engage in obtaining food to meet the basic needs of survival for themselves and their families. They work to obtain food and then distribute it among the members of their family or people group.

In other words, it's not the producing or distribution of food for profit. It's producing with only the goal of consumption and survival in mind. Though rare in the modernized West, where little girls have the luxury of selling lemonade for fun, vestiges of this are still seen all over the globe. For instance, it's seen in Botswana as the San people search daily for their food, and it's seen in the Sami people who raise animal herds for protein.

Speaking again of a little girl's lemonade stand leads us to another motivation that keeps many economies moving, the profit motive. Like my son so perfectly exemplified when he answered, 'For the money, Mom!', the profit motive is defined as the desire to exchange something for more than it costs. To use a common phrase, it's the idea of buying low and selling high, and it's seen all over the modernized world.

Using my daughter as a very, very simple example, I took her to the store, and we bought some lemons. Lucky for us, we live by a discount grocery store that sells them at three for a dollar. We squeezed the lemons and then added some sugar and some water. Yes, the time and these extra ingredients did add to our cost. However, my girl definitely made out selling a rather small serving of lemonade for $.50! To put it simply, she made a profit and she liked it.

On a much, much grander scale, the profit motive is seen in the everyday production and distribution of many societies. To prove this, all you have to do is go to the local grocery store and ask the grocer what he paid for the bananas on his shelf. If he's honest, I'm guessing he's going to quote you a number which is anywhere from 20-40% less than what he's asking for them. To say it again, he's buying low and selling high. He then uses the money he makes from the sale to supply for himself and his family.

Very much tied to the profit motive is the idea of cash crops. A cash crop is simply a crop produced for sale rather than personal consumption by the grower. Using our grocer example, the bananas are a great example of a cash crop because they most likely didn't come from a local farmer who just so happened to be selling his extra bananas. Considering I live in the rather chilly northeastern United States, odds are slim that anyone could grow bananas. Unlike the Samoan people of the South Pacific who grow bananas for their own personal consumption, I bet it's a pretty safe bet that the bananas I buy every week are produced with the expressed intent to distribute and sell for a profit.

Most anthropologists would agree that the desire to survive is the most basic incentive to work or in more anthropological terms, the incentive for most economies. However, the means in which societies work to produce and distribute the products of their work varies greatly across the globe.

Some societies function under a subsistence economy in which almost all members of the community directly engage in obtaining food to meet the basic needs of survival for themselves and their families. In these societies, making a profit is not the motivation. They work to obtain food or create products that they will distribute among the members of their family or people group.

Conversely, there is the profit motive, the desire to exchange something for more than it costs. Seen all over the westernized world, the profit motive is closely linked to the farming of a cash crop, a crop produced for sale rather than personal consumption by the grower.