Not everything in the entire universe is observable. Explore how we see beyond the horizon, learn how to define the observable universe and Olbers' paradox, discover cosmological redshift, and examine our cosmic light horizon. Updated: 10/27/2021
Create an account

Seeing Beyond the Horizon

If you were to step outside right now, you'd only be able to see so far horizontally. Eventually, your eyes would reach the horizon, and you wouldn't be able to see much of anything past that. Nevertheless, you do know that there is life beyond the horizon. There is more on this planet than what you can see.

Additionally, from your vantage point, it seems like you are at the center of the planet as you look 360 degrees around you, but you know that's not really the case. From any vantage point on Earth, it will look like that.

Therefore, there's a big difference between the entire universe and the observable universe. 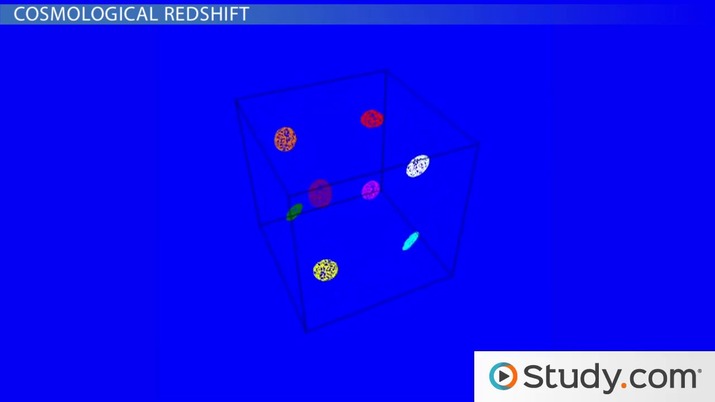 Coming up next: The Steady State Theory vs. the Big Bang Theory

The observable universe is the part of the universe we can see from our location in space. It's as straightforward as that. It ties in with the concept of Olbers' paradox covered in another lesson. Olbers' paradox is the clashing contrasts of theory and observation for why the night sky should or shouldn't be dark. There you would've learned that theory at one point would've implied that the entire sky should be as bright as the sun at night, but that's not the case because the universe has a finite age of about 13.7 billion years and is expanding.

Furthermore, we can only see the part of the universe that's centered around our Earth in a gigantic imaginary sphere, with light coming in from every direction. Put another way, the part of the universe we can see is solely within our cosmic light horizon. We can't see anything past this horizon because light has not reached Earth from beyond the cosmic light horizon, since the time required for this would be greater than the present age of the universe. With time, more light from more remote places will reach Earth, and the size of our observable universe will increase. All of that helps to partially explain the darkness of our night sky.

The notion of the expanding universe also helps explain why our night sky is dark and how this ties in with the observable universe. For this end, there's something I'd like you to know: it's called a redshift, a process where a photon's wavelength becomes longer and its energy decreases.

To help you visualize this, you can draw a wave on a rubber band. As you stretch the rubber band, as the universe expands, the wavelength will become longer or more stretched out; that's cosmological redshift for you. It's a process where a redshift occurs as a result of the expansion of space as opposed to an object's motion through space, which is a Doppler shift.

The farther away a galaxy is from Earth, the greater its redshift. This means a large redshift causes light coming from a distant galaxy to carry very little energy. Therefore, a galaxy at the cosmic light horizon, right at the very edge of our observable universe, has an almost infinite redshift. That means the light we get from that faraway galaxy carries almost no energy, and as a result, we can barely see those galaxies using the visible spectrum of light.

Hence, even though there may be many galaxies far away from Earth, galaxies that shine very brightly if you're close to them, they're too far away from us to light up the night sky in any significant fashion.

There's one final important point I want to get to before finishing up this lesson. Our cosmic light horizon is the imaginary dashed circle in the image below.

The observable universe is the part of the universe we can see from our location in space. It ties in with the concept of Olbers' paradox covered in another lesson. Olbers' paradox is the clashing contrast of theory and observation for why the night sky should or shouldn't be dark.

In essence, this lesson should've taught you that light has only had 13.7 billion years to travel to us. Therefore we can only see so far into the universe.

Furthermore, the universe has been expanding since the Big Bang. Galaxies farther away from us have a large redshift, a process where a photon's wavelength becomes longer and its energy decreases. More specifically for our lesson, cosmological redshift is a process where a redshift occurs as a result of the expansion of space.

Such a large redshift diminishes the brilliance of light coming from a very distant galaxy, thereby partially explaining why despite many galaxies and stars in our universe, the night sky is dark.

By the time this lesson is finished you should be able to:

The Observable Universe vs. the Entire Universe
Related Study Materials

Most Abundant Elements in Universe vs. Earth | What are the Most Common Elements?

Stress in Engineering: Overview & Equations | What is Engineering Stress?

Net Force Formula & Examples | What is Net Force? | How to Find Net Force