The Ottoman Empire began in 1299 with Muslim Turks who ruled over countries including Egypt, Greece, Hungary, Israel, and parts of North Africa. Learn about the Seljuk Turks, as well as the expansion and decline of the Ottoman Empire. Updated: 10/27/2021
Create an account

When speaking of empires, it often seems that Rome and Greece get loads of playing time in history classrooms and textbooks. However, the Ottoman Empire, which was founded about 1299, was one of the longest empires in world history. Today's lesson will make the Ottoman Empire the star of the show as we do a brief survey of this powerhouse that once ruled over countries like Egypt, Greece, Turkey, Bulgaria, Romania, Macedonia, Hungary, Israel, Lebanon, Syria, sections of the Arabian Peninsula, and even parts of North Africa.

We'll get things going with its beginnings and its growth. 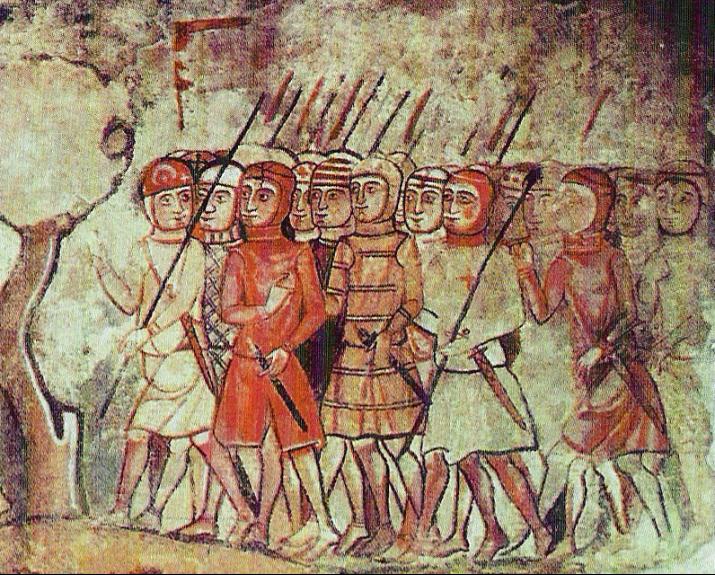 Coming up next: The Safavid Empire: Creation, Rulers, Characteristics & Shi'ism

However, as they declined, a new group of warring Turks, whose leaders were known as Ghazis, or holy warriors, were poised to take over the spotlight and power. When one of these powerful ghazis, known as Osman, rallied these warring Turks under his reign, the Ottoman Empire was born. Using the military skill of their ghazis, the Ottoman Turks wasted no time folding the lands once held by the Seljuk Turks under their wings. In fact, by the late 1400s, most, if not all, Muslim Turkish lands were under the control of the Ottomans.

As a young empire, the Ottomans were fixated on expanding their lands and their powers. This meant working to expand their power and influence into Europe! One of their main targets was Constantinople, the capital of the Byzantine Empire. Although the Ottomans met many ups and downs in their fight for this important city, they finally attained their prize when Constantinople fell to them in the year 1453.

Much to the chagrin of Europe and the other powers of the West, the Ottomans were not content to stop at Constantinople. Quite on the contrary, the defeat of this great city only fueled their appetite for more. Like ants overtaking a picnic, the Ottoman Turks marched west. In fact, under the reign of Suleiman the Magnificent, the 16th century Ottoman Turks conquered places like Egypt, Syria, parts of North Africa, and Hungary. Showing the extent of their power and Suleiman's greatness, even parts of Greece fell under their rule.

Unfortunately for the Ottomans, the rulers after Suleiman were unable to keep his winning streak of sorts going, and by the 1600s, the empire saw substantial decline in its power.

By the 1700s, the Ottoman Empire had found a new foe in the ruling powers of Russia. Due to conflicts like the Russo-Turkish Wars, the Ottomans' power and influence continued to shrink. After these conflicts, things just kept getting worse.

Although they did have some surges in which they tried to regain their past glory, they were really never able to. Instead, the once mighty Ottomans pretty much became pawns in the hands of the other world powers as countries like Britain allied with them when it was to their benefit, but then turned their backs on them when it wasn't. Unable to keep pace with the changing world, the Ottoman Empire finally came to an end at the close of World War I.

The Ottoman Empire, founded about 1299 by Muslim Turks, once ruled over countries like Egypt, Greece, Turkey, Bulgaria, Romania, Macedonia, Hungary, Israel, Lebanon, Syria, sections of the Arabian Peninsula, and even parts of North Africa.

Coming to power as the Empire of the Seljuk Turks, or the first Turkish tribe to convert to Sunnite Islam, waned, the Ottoman Empire originated in Muslim warring tribes led by Ghazis, or holy warriors. One of these Ghazis, known as Osman, is credited as the founder of the Ottoman Empire.

Being a well-skilled military machine, the Ottoman Empire was very interested in expansion. They conquered the city of Constantinople, the capital of Byzantine Empire, in 1453. Then, under the power of Suleiman the Magnificent, the Ottoman Turks conquered places like Egypt, Syria, Algiers, and Hungary.

Unfortunately, the rulers after Suleiman were not able to maintain the power of the Ottoman Turks. By the 1600s, the empire began to wane in power. Then, as they began to war with Russia, their power was further sapped. Becoming a pawn in the hands of other European powers like Britain, the Ottoman Empire came to an official end at the close of World War I.

After you are done with this lesson, you should be able to:

Suleiman the Magnificent of the Ottoman Empire | Biography & Facts

European Colonization & Imperialism in Africa ? What was the Scramble for Africa?