Explore the potential benefits of popular herbal supplements and discover possible risks. Learn more about specific herbs and their usage, and how they measure up to FDA-regulated medications. Updated: 10/06/2021
Create an account

For thousands of years, people have been using herbs to prevent, treat or cure disease. There are even some herbs that have been used to create some very important Western medicines.

The problem is that many herbal supplements nowadays on the market have very little to no proof of efficacy - nor evidence of appropriate long-term safety - and therefore, must be used with caution. In some cases, at the very least, you're wasting money on nothing useful, and other times, you're putting yourself into a potentially life-threatening situation. 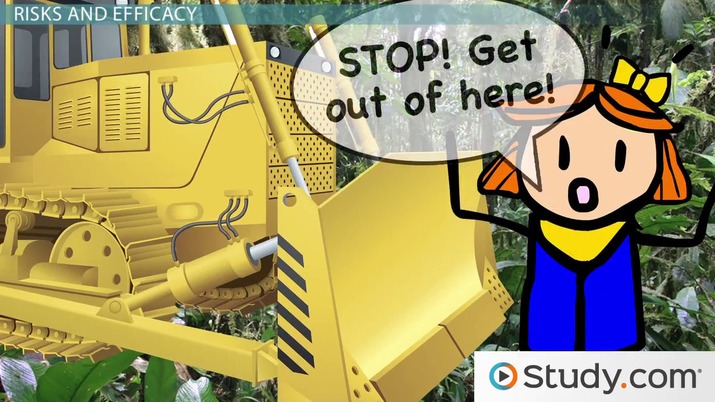 Examples of Herbs and Their Effects

From the standpoint of this lesson, an herb is part of or all of a plant that is used for its potential therapeutic value. We'll get into the discussion of why I said 'potential' therapeutic value in the last section of this lesson. But first, I'd like to mention some well-known herbs and their potentially beneficial effects on the body.

There's of course a lot more! Flaxseed has been shown to potentially have cholesterol-lowering effects. Aloe has been used to treat psoriasis. Cranberry juice has research that backs up the claim that it may help prevent urinary tract infections in women. Garlic is famously used to reduce high blood pressure or even the risk of cancer.

Genital warts can be treated with a specific extract from green tea. Sufferers of seasonal allergies may want to look into whether taking milk thistle under the direction of their doctors can help alleviate their symptoms. Those of you who have trouble sleeping at night might derive some benefit from valerian root.

The list goes on and on. And I've only mentioned the things that these plants, their parts, or products might help out in - their major effects. There's a ton of stuff that has been attributed to these herbs for which literally no research exists to back up those claims.

This brings me to a very important discussion about the effects, or purported effects, of herbal supplements and why many times these claims don't pan out.

Modern medicines, or colloquially speaking, Western medicines, undergo an extremely strict process of testing prior to being put out on the market for use. The U.S. Food and Drug Administration (FDA) requires a lot of objective and scientific testing that shows what a drug does, how safe it is, and so forth.

While the FDA does regulate herbal supplements, it does not do so under the strict guidelines required for a modern drug. Herbal supplements are treated as dietary supplements. This means that herbal supplements sometimes use very poor evidence to make a health claim. So long as they say the FDA hasn't evaluated this claim, it's considered good enough, and it's placed on a store shelf. That's the short story, anyhow.

As I mentioned in my introduction, some modern medicines have been derived directly from plants. In fact, we suspect there are a lot of extremely important compounds located in plants in rainforests that can help save human lives. Therefore, there's a very real need to protect our environment from destruction. One very famous example of a medicine derived directly from a plant is digoxin, which is a drug isolated from the plant called foxglove and used to treat heart arrhythmias.

Note how I said it was 'isolated' from the plant. This means the active ingredient necessary for our health was purified or filtered away from all of the other unnecessary and potentially dangerous ingredients in the plant itself. By purifying the ingredient we need from the plant, we are then able to objectively figure out to the best of our ability what that ingredient does to our body, such as how safe it is, which side effects to look out for, and how much of the important ingredient is present in a certain weight, pill, or capsule of the product.

But with herbal supplements, you get a plant or part of a plant that may or may not contain any number of ingredients, some of which are helpful, some that are useless but don't hurt you, and others that are potentially very dangerous to your health. Herbal supplements have been found to contain dangerous compounds, improper amounts of ingredients that don't match up to the label's amounts, or in some cases nothing at all!

That's because herbal supplements aren't standardized very well, and we sometimes just do not know what's truly in them, how much, and how that will benefit or hurt you. It's a roll of the dice. It may work, it may hurt, or it may do nothing at all, and we just don't know a lot of the time.

One of the biggest claims proponents of herbal supplements make is that they have no side effects whereas evil Western medicine has so many side effects that they're even worse than the disease itself. Sometimes, no doubt, medicine has a lot of give and take, and there's always a proper risk/benefit analysis involved between treating and not treating a problem in a certain way. Even medicine extracted from plants, including digoxin, can be dangerous. Furthermore, some really bad drugs have been put out on the market despite all of this rigorous testing.

But with modern medicine, we are much more able to understand more about the effects and side effects of a purified compound as a result of high-quality testing. For any herbal supplement to have a physiological effect to begin with, some sort of reaction must occur between it and the body.

What this means is that if an herbal supplement truly doesn't have a side effect, then it's because one hasn't been found due to the lax testing I implied before, or it has no effect on the body to begin with, beneficial or otherwise.

There was a lot in this lesson in terms of herbs and their effects or efficacy. An herb is part of or all of a plant that is used for its potential therapeutic value. We went over many different herbs, including:

Remember, many times the true effects and side effects of herbs aren't fully understood due to a lack of research, and they must be used with caution and under licensed medical supervision to ensure you get the best of both modern medicine and Mother Nature.