In this lesson, we will explore the Radical Republicans' plan to reconstruct the South after the Civil War. We will discuss Congress' efforts to extend the Freedmen's Bureau and to pass the Civil Rights and Reconstruction Acts. Updated: 07/22/2021
Create an account

A Battle of Ideas

The Civil War may have been over, but in 1865 and 1866 the battle of ideas about how to reconstruct the South was only intensifying. President Andrew Johnson and Congress had very different views of Reconstruction. Johnson tended to be lenient toward the South, offering easy amnesty and pardon and calling for new opportunities for economically challenged white people. He appointed provisional governors who were in charge of reconstructing their own state governments. Many states were quick to enact ''Black codes,'' which severely limited the rights and actions of former enslaved people.

Congress had other ideas. Many of its members, especially the Radical Republicans, were committed to protecting and expanding the rights of African-American people, including those who had recently gained their freedom. In 1866, Congress passed two bills designed to assist African-American people and promote their welfare. The bill to extend the Freedmen's Bureau would give that organization more opportunities to provide food, medical care, education, legal assistance, and land to formerly enslaved people. The Civil Rights Act declared that all people born in the United States were citizens who had the inviolable right to life, personal freedom, property, and legal recourse.

When the President vetoed both of these bills, many Northerners were incensed. Some of them were upset by the Black codes and the southern exploitation of African-American people. They called for more rights for formerly enslaved people and were upset that Johnson refused something so basic and so just. Other Northerners didn't care too much about African-American rights. They just thought that Johnson was going too easy on the South, which they felt deserved harsher punishment. 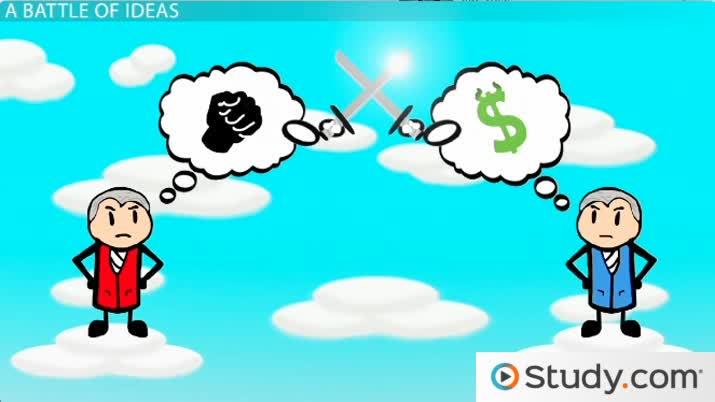 Coming up next: The Reconstruction Amendments: The 13th, 14th and 15th Amendments

Northern voters spoke clearly in the Congressional election of 1866. Radical Republicans won over two-thirds of the seats in the House of Representatives and the Senate. They now had the power to override Johnson's vetoes and pass the Civil Rights Act and the bill to extend the Freedmen's Bureau, and they did so immediately. Congress had now taken charge of the South's reconstruction.

The Reconstruction Acts of 1867

By the beginning of 1867, only one former Confederate state, Tennessee, had been readmitted to the Union. The other ten states were still undergoing reconstruction. In early March, Congress passed the First Reconstruction Act. This act divided the South into five military districts and established martial law. It also listed the requirements a state must meet to be readmitted into the Union. Each state had to include universal male voting rights in its constitution; receive approval of its constitution from the majority of its voters; and ratify the Fourteenth Amendment, which granted citizenship to ''all persons born or naturalized in the United States'' and declared that states could not deny any person ''life, liberty or property, without due process of law.''

To give the First Reconstruction Act sharper teeth, Congress passed the Second Reconstruction Act later in March. This act put the military in charge of protecting voter registration efforts to make sure that no one, especially the African American, was refused his right to vote.

By June of 1868, Arkansas, North Carolina, South Carolina, Louisiana, Georgia, Alabama, and Florida had met Congress' requirements and were readmitted to the Union. Only three more states remained under reconstruction, and these now faced an additional requirement. They had to ratify the Fifteenth Amendment, which proclaimed that the ''right of citizens of the United States to vote shall not be denied or abridged by the United States or by any state on account of race, color, or previous condition of servitude.'' Mississippi, Texas, and Virginia fulfilled this new obligation, as well as those of the First Reconstruction Act, and rejoined the Union in 1870.

The Radical Republicans' reconstruction offered all kinds of new opportunities to African-American people, including the vote (for males), property ownership, education, legal rights, and even the possibility of holding political office. By the beginning of 1868, about 700,000 African Americans were registered voters. Fourteen African-American people held seats in the U.S. House of Representatives, and many others took their places in state legislatures.

Unfortunately, however, this new way of life was not to last. By the mid-1870s, a resurgence of Southern Democrats was undermining the Radical Republican effort. Democrats were slowly reasserting their control in the South and firmly relegating African-American citizens to their former subordinate positions. In the end, the Radical Republicans lost the Reconstruction's battle of ideas, but the real losers were African-American people, whose newly gained rights quickly slipped away.

The Reconstruction period after the Civil War was characterized by a battle of ideas waged between President Andrew Johnson and the Radical Republicans in Congress. While Johnson was lenient toward the South and didn't value African-American rights, Congress focused on protecting and expanding the rights of formerly enslaved people through the Civil Rights Act and an extension of the Freedmen's Bureau.

After Johnson vetoed these efforts, Northern voters elected an even stronger majority of Radical Republicans to Congress. These Congressmen now had the power to override the President's vetoes and to pass the First Reconstruction Act in 1867. This act divided the South into military districts, established martial law, and set the requirements for the former Confederates states' readmission to the Union. One of these requirements was to ratify the Fourteenth Amendment, which guaranteed ''citizenship and basic rights'' to all people born or naturalized in the United States.

Congress also passed the Second Reconstruction Act, which allowed the military to protect voter registration. Later, the Republicans added ratification of the Fifteenth Amendment to the list of readmission requirements. This amendment declared that the right to vote could not be revoked due to race, color, or former status as a slave.

For a while, African-American citizens benefited greatly from the Radical Republicans' reconstruction. By the mid-1870s, however, Southern Democrats were reasserting their control, and the newly gained rights of the freed enslaved people were quickly slipping away.

How American Reconstruction Affected the North

US History Since 1940: Lesson Plans & Resources