The Second Great Awakening was launched after the American Revolution, with Americans turning their rebellious spirit toward religion. Explore the issues Americans took with traditional religious beliefs during this time period, plus how leaders such as Charles Finney and Lyman Beecher influenced a nation of evangelists, missionaries, and social activists experiencing a religious revival. Updated: 08/19/2021
Create an account

The American Revolution left more than just a legacy of government. Not long after the war had overthrown the King and the social fabric of Europe, Americans turned their rebellious spirit to the church. If you're an American, the statistical odds are that you share the spiritual values the Revolutionaries fostered, even if you don't belong to one of their religions.

In the 1730s, the First Great Awakening had reshaped the traditional European churches into something Americans were more comfortable with. By the time of the Revolution, the largest denominations were the Quakers, the Congregationalists (descended from the Puritan tradition), and the Anglicans. But after the war, they wanted something that reflected their own values, something more American. First of all, it hardly seemed appropriate to support the Anglican Church anymore. So Americans kicked off their religious revolution by changing the name from 'Anglican' to 'Episcopal.' They selected their own bishops and leadership, and, of course, eliminated the king as the head of the church. The state of Virginia, which had previously supported the Anglican Church as a colony, led the way in separating church from government altogether. But it was more than that. The earlier denominations followed a Calvinist theology called predestination. Basically, God already knew from the beginning of time who would be saved from hell and who wouldn't. A person couldn't possibly change God's mind, so a Christian's job was to prove to himself and others that he was one of the chosen. This was especially true in the Protestant Northeast. But that theology didn't line up with the Revolutionary sense of national and personal achievement. It was time for a new religious revival, a Second Great Awakening.

Would you expect a revolutionary who believed that God had just helped him defeat the King of England to agree with a church that said he had no hope of making it to heaven? Post-war Americans embraced the Arminian theology of free will that gave them a little more input into their eternal resting place. Rather than being predestined to heaven or hell, this doctrine says humans are responsible for accepting or rejecting God's salvation. What's more, we have a moral obligation to do more than just prove we have a spot in heaven; we need to improve the world around us. Churches that taught this theology, like the Baptists and Methodists, overtook the old churches. Today they are still the biggest Protestant denominations in America.

The Second Great Awakening also spawned new religious groups, like the Shakers, the Latter-Day Saints (commonly called Mormons), and Seventh-Day Adventists. Some non-traditional groups emerged, such as the Transcendentalists, who sought spirituality apart from religion, and the Communal Oneida Society. Though the religious fervor of the Awakening cooled around the time of the Civil War, its influence has been permanent. 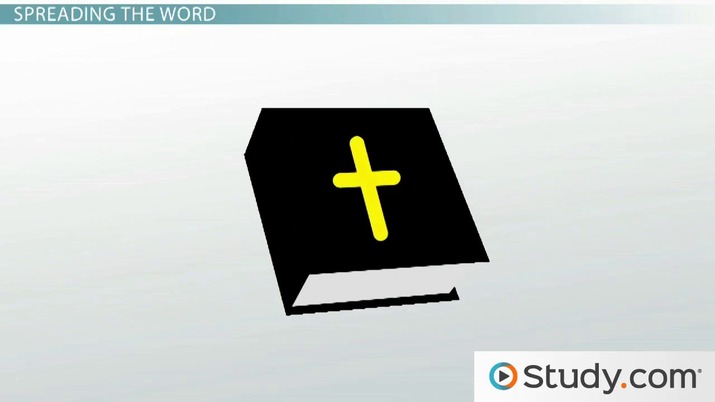 Coming up next: Creating State Constitutions After the American Revolution

The Second Great Awakening was very democratic - anyone could be saved, personal study of the Bible was as good as or better than being taught by someone with formal training, regular people could be called by God to become preachers, and God expected everyone (not just a special few) to do His work on Earth. Traveling preachers were called 'Revivalists,' and they applied the secular ideals of the Revolution - hard work and personal virtue - in a religious way. One of the most influential revivalists of the Second Great Awakening was Charles Finney. He urged people to choose God, immediately turn away from their sin as soon as it's pointed out, and then work to make the world around them a little better. When they did this, they were, as the Bible said, 'born again' to do good works. Such concepts are still central to the evangelical denominations, and they resonated strongly with Americans in the post-Revolutionary era.

In the same way that they had wanted to do something about Enlightenment philosophy, Americans in the Second Great Awakening wanted to do something about their theology. It isn't enough to just 'be' good; you need to 'do' good. Don't just change your heart; change your world! Does this sound familiar to you? These values are still characteristic of a lot of religious groups and even non-religious activists in America today.

Some of these efforts were directly related to religion. Have you ever found a Bible in a hotel room? The International Bible Society started doing that in 1823. Have you ever been handed a tract with an explanation of Christianity? You can credit the Awakening for that practice, too. Revivalists also emphasized evangelism and missionary work to bring Christianity to any place that needed it. The movement was especially influential on the western frontier of New York, which was called the 'Burned-Over District' after the fire of religious revival burned so intently there. The Second Great Awakening was also important in Ohio, Kentucky, and Tennessee, where established churches were few and far between.

As a result of the 1783 Treaty of Paris, the United States' boundary now extended all the way to the Mississippi River, and by 1850, the population grew from just under four million people to more than 23 million. Revivalists held huge outdoor camp meetings in these rural areas. Sometimes, more than one preacher at a time would be speaking in different corners, turning church into a marketplace where people chose their favorite brand. As many as 20,000 people from all around the region came to enjoy the music and the teaching. The inspirational and emotional messages led some people to believe that they were literally filled with the spirit of God at these meetings, just like men in the Bible had experienced.

But the Second Great Awakening also deserves credit for important social reform when American Christians turned their hearts toward the problems in the world around them. Charles Finney was a devoted abolitionist and encouraged Christians to see slavery as a moral issue rather than a political or economic one. It took half a century, but they successfully worked to end slavery in America. A revivalist named Lyman Beecher led people to voluntarily stop drinking alcohol since it could easily lead to sin, and he founded the temperance movement to ban the sale of alcohol legally.

Other revived Christians felt led to improve conditions in cities, prisons, and asylums. These reforms were often aimed at helping disadvantaged people to focus on their own spiritual condition, rather than just their living conditions. If you learned to read in a public school, you can thank the Second Great Awakening for that too. Reformers believed that public education would create a more productive, hard-working population and give more people the ability to study the Bible. This charitable work drew women into the world of politics, and it wasn't long before they began advocating for their own right to vote.

These values are still important to Americans today, who send out more missionaries than any other nation and donate more time and money to charitable works around the world than any other place on Earth. And while the Second Great Awakening did increase church attendance, its most enduring legacy may have been an intertwining of Christian values with civic values. Morality came to the forefront of daily life, but individuals might be led to interpret this in different ways, engendering a new value of personal responsibility that has become an important character trait in the American psyche. Today's issues might be different, but it was the Second Great Awakening that led Americans to look at the culture around them, identify the problems that are most important to them, and then do something about it.

After the Revolution, Americans turned their rebellious spirit toward religion. The Anglican Church was reformed into the Episcopal Church, and the Second Great Awakening was launched. The revolutionary spirit of self-reliance led Americans to shun the earlier denominations that believed in predestination in favor of the Baptist and Methodist teachings of human free will and responsibility. The Mormon and Adventist churches were also founded, along with less traditional spiritual movements. Revivalist preachers spoke to thousands of people at camp meetings on the expanding frontier. One of the most influential was Charles Finney. He taught that people needed to turn from sin and be born again to good works, especially abolition. Lyman Beecher encouraged the temperance movement. Together, the revivalists helped inspire a nation of evangelists, missionaries, and social activists that shifted public policy and helped turn religious values into American values.