There are six elements that are commonly found in life on Earth. This lesson will tell you what these elements are and discuss what role they play in forming biomolecules.
Create an account

CHNOPS. It sounds like the name of a robot from a science fiction movie or the sound you make when you bite into something crunchy. Or maybe it makes you think of doing chin-ups. No matter what pops into your mind when you see this acronym, you should know that your life depends on it! This is because life as we know it on Earth would not exist without the CHNOPS elements.

The chemical abbreviations for the six most common elements of life make up the acronym CHNOPS. These elements are carbon, hydrogen, nitrogen, oxygen, phosphorus, and sulfur. The CHNOPS elements come together and interact to form biomolecules. Biomolecules are any molecules present in a living organism. They make up all lifeforms on Earth. Other elements can be found in biomolecules, but these six are by far the most common. 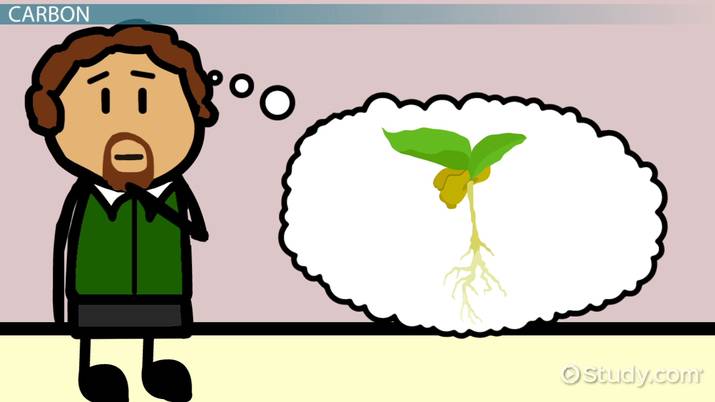 Coming up next: What are Enzymes? - Definition & Explanation

The phrase 'carbon-based lifeform' may ring a bell. All known lifeforms are carbon-based. This is because the biomolecules that make up living cells contain large amounts of carbon. The carbon acts as a framework for other elements to bond with, and it enters into these bonds easily. Imagine a building being erected. A support beam must exist before walls or roofs can be attached. In biomolecules, carbon provides the structural support.

There are two main reasons hydrogen, nitrogen, and oxygen are commonly found in life forms. The first reason is that these elements are abundantly found in nature. The second reason is that hydrogen, nitrogen, and oxygen bond easily with the carbon framework of biomolecules. This ease of access and compatibility creates many of the basic components of life, including the building blocks of DNA.

Sulfur acts as a catalyst. This means it helps chemical reactions occur more easily. In fact, some scientists believe that sulfur may have been the catalyst that started chemical reactions in the early seas forming the first biomolecules. If this is true, sulfur is the substance that made all life on earth possible!

The acronym CHNOPS is formed from the chemical abbreviations of the six most common elements found in living organisms. These elements are carbon, hydrogen, nitrogen, oxygen, phosphorus, and sulfur. The CHNOPS elements come together to form biomolecules, the molecules found in all of the living organisms on earth. Carbon provides the structural framework for biomolecules. Hydrogen, nitrogen, and oxygen are common in living organisms because they bond easily with the carbon and are abundant in nature. Phosphorus is essential for energy transfer, or metabolism. Chemical reactions necessary for life are aided by sulfur, which acts as a catalyst.

Comparing Elements on Earth to Those in the Human Body

What Is Carbon? - Definition & Role in Living Organisms

Protein Synthesis in the Cell and the Central Dogma

Do Prokaryotes Have a Cell Membrane?