Have you ever played on an athletic team? If so, think about your experiences on that team for a moment. Who else was on the team? Did they live near you or attend the same school? What sport did the team play?

These questions provide a glimpse into some important sociocultural aspects of a team. The term sociocultural refers to both the societal and cultural factors related to a behavior. These factors can tell us a lot about people and the ways in which they behave. 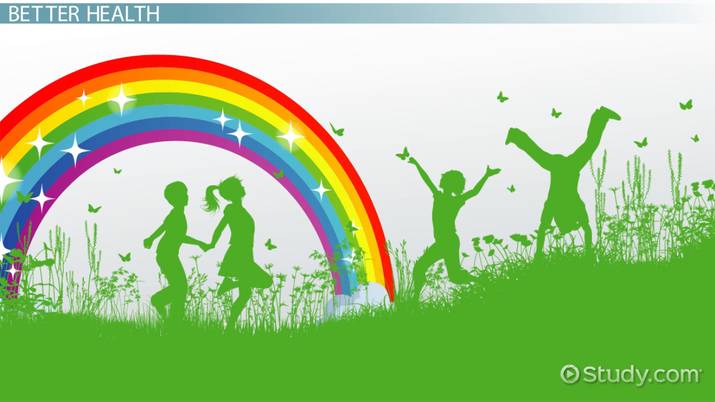 Coming up next: How Fitness Promotes Healthy Competition & Achievement

Most of us know that physical activity is good for our bodies and our health. But have you ever considered the sociocultural benefits of physical activity? Think about your experiences playing a sport on a team again for a moment. Was it fun? Were your teammates also your friends? Did you work together to achieve a common goal? These questions provide clues about some of the sociocultural benefits of participating in physical activity. These benefits include social inclusion, stronger communities, and reduced healthcare costs.

Participating in physical activities can contribute to feelings of self-esteem and belonging. Let's say that you're a runner. Even if you usually run alone, you belong to a large community of runners with a common interest. This camaraderie, or sense of belonging, creates feelings of social inclusion. The social inclusion created by participating in physical activity can help to unite people, families, and communities. This happens regardless of income, age, culture, or ability. We discussed football earlier in the lesson. No matter which version of the sport is played, participants and spectators rally together to support their team. This exemplifies the sociocultural benefit of social inclusion.

Health may also be related to the lower incidence of crime, specifically mental health. Crime rates tend to be higher among the mentally ill. The United States Bureau of Justice Statistics has found 73% of female prisoners and 55% of male prisoners to be mentally ill. Age could also be a factor because young people who engage in physical activity have lower rates of drug abuse and criminal activity than those who are inactive, according to the California Parks Department. However, the reduction in crime likely relates back to the increase in social inclusion. When people are more connected, they watch out for one another. This may explain why rates of volunteerism are higher in physically active communities as well.

We mentioned earlier that physically active people are healthier. This means that they have lower rates of obesity, cancer, diabetes, heart disease, depression, and anxiety, among many other ailments. People who are healthy do not need to go to the doctor as often.

The uptick in mental and physical health that results from physical activity decreases health care costs for all. A reduction in health care costs can leave a surplus of funds for other causes within a community. In other words, instead of spending money on sick people, physically active communities may be able to use those funds for education, recreation, or some other positive additions to the community that benefit citizens.

The Sociocultural Benefits of Participating in Fitness
Related Study Materials

The Benefits of Exercise on the Developing Brain

Impact of Technology & Math on Science

Physical & Emotional Benefits of Sports | What does Regular Participation in Sports do?