The women's movement of the 1960s was composed of three campaigns: liberal feminism, radical feminism, and conservative feminism. Learn about the causes of second-wave feminism and explore how the battle for equal rights impacted the United States. Updated: 12/28/2021
Create an account

Beginnings of the Second Wave

The modern women's movement in the United States occurred in two major waves. The first wave of the feminist movement took place between 1880 and 1930 and included major influences, such as Emma Goldman, Margaret Sanger, Jane Addams and Carrie Chapman Catt. The major achievement of the period was securing the right to suffrage via the Nineteenth Amendment in 1920. However, the movement for liberty and equality suffered, and ultimately collapsed, following the Great Depression and the Second World War.

After a brief period of inertia, the women's movement gained momentum with the onset of the 1960s. Betty Friedan's book, The Feminine Mystique, helped pave the way for the new phase of women's liberation. President John F. Kennedy organized the Presidential Commission on the Status of Women, which helped usher in change such as the Equal Pay Act of 1963, making wage discrimination a federal crime, and the end of gender discrimination in the federal workplace. Moreover, women were included in the Civil Rights Act of 1964 when gender discrimination was outlawed in addition to race discrimination. However, it was not until the late 1960s-1970s that women of color were factored into the issue of feminism and women's rights.

As a result, three major campaigns formed during the decade to create what became known as the second wave of feminism. These campaigns were represented by individuals within the following classifications: liberal feminism, radical feminism and conservative feminism. These groups clashed throughout the 1960s and early 1970s over the roles and rights of women in society, and the movement eventually came to a climax over the Equal Rights Amendment. Let's take a look at those involved in the movement. 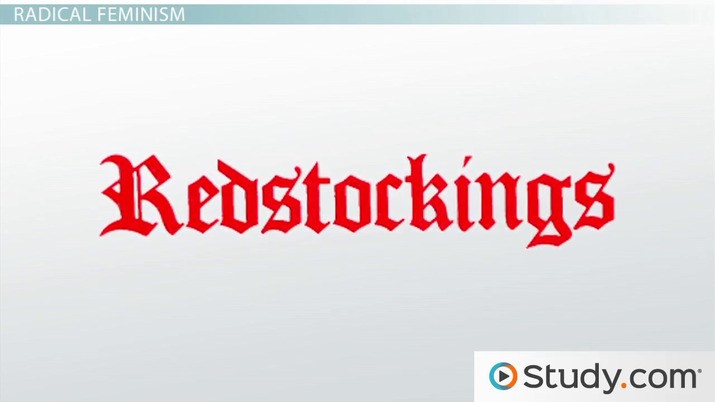 Coming up next: Other Important Activist Movements of the Late 60s and Early 70s

The liberal feminists, sometimes known as social feminists, attempted to promote liberation and address the inequality between men and women through political tact and diplomacy. The National Organization for Women (NOW), founded in 1966, was the powerful political arm of the liberal feminists and led by individuals such as Betty Friedan, who served as the president; Alice Paul; and Fannie Lou Hamer, although she was not an official member.

The organization called for women to achieve an equal socioeconomic status with their male counterparts. NOW supported the notion of organizing small chapters for women to meet and discuss the issues of the period. The discussion of issues surrounding women became known as consciousness raising, which is the ability for women to relate the issues of their personal lives with larger national issues of gender discrimination.

In addition to promoting social equality with men, the National Organization for Women lobbied for congressional legislation, including the prohibition of sexual discrimination in the public and private sector, as well as national equal rights. By the 1970s, NOW began the process of campaigning for the Equal Rights Amendment, which was federal legislation that called for a ban on discrimination based on gender.

While equality was the foremost goal of the liberal feminist branch of the women's movement, the battle against racial discrimination was associated with the larger goal of anti-sexual discrimination. Pioneers, such as Fannie Lou Hamer and Gloria Steinem, campaigned for both gender and racial equality within the United States.

The radical feminists of the era supported a more revolutionary and militant agenda in regard to women's liberation. Radical feminists, such as Shulamith Firestone and Judith Brown, believed that men, and the institutions created by men, had oppressed every aspect of the woman. The radical feminists overwhelmingly rejected the liberal feminist's pursuit of socioeconomic and gender equality. Instead, radical feminists called for a total revolution against men. The ultimate goal was the complete reversal of the social hierarchy where women would be above men.

Women who supported the conservative idea of maintaining the status quo believed in the virtue of family. These women accepted the role as matriarch within the domestic setting and were not interested in equality because it did not affect them since they were not curious about increased roles outside of the home. Conservatives believed that women accepted their role in raising children and maintaining a dependency upon the husband. We will see shortly how this idea of family life became a major cog in the movement for the passage of the Equal Rights Amendment during the early 1970s.

The other aspect of the conservative women's movement was the moderate conservative goal of self-fulfillment. Developed by Helen Gurley Brown, renowned editor of Cosmopolitan, the idea centered on the basis of women achieving personal success and satisfaction. Instead of becoming bogged down in the movement to secure equality, women were encouraged to seek personal achievement and to obtain their goals without a revolution. The grey area, which makes self-fulfillment more moderate in stance, is the encouragement of women to seek personal sexual satisfaction before entering into the bonds of marriage. This was one aspect that was considered taboo by women who considered themselves ultra-conservative.

The Battle Over Equal Rights

Equal rights were the major point of contention between the various women's movement groups. While the liberal feminists supported equality within the nation, groups such as the radical feminists desired more and the conservatives wanted to maintain the status quo. The battle eventually became a heated national rivalry when, in 1967, Alice Paul organized a campaign for the Equal Rights Amendment.

By 1972, the legislation had reached Congress and was subsequently approved. The Equal Rights Amendment then had to be ratified by the states. Unfortunately, a major anti-ERA campaign was launched by conservative feminists, as well as anti-feminist groups. The major argument centered on the idea that the passage of the ERA would severely damage the benefits of women who were dependents. Additionally, by providing equal rights to women, the possibility of being forced to register for the Selective Service became a reality.

As a result of the contentious battle over the ERA, the states were unable to ratify the legislation by the required deadline. The ERA was defeated and replaced with case-by-case hearings on gender discrimination. The status of women in society remains a large fissure in the United States to this day.

The second wave of the women's movement began in earnest in the 1960s. The movement was comprised of three campaigns: liberal feminists, radical feminists and conservative feminists. Liberal feminists battled for socioeconomic equality, radical feminists encouraged a revolution that would upset the social hierarchy and conservatives stressed personal accomplishments and maintaining the status quo. Eventually, these groups clashed over the Equal Rights Amendment in the early 1970s. With a large conservative and anti-feminist outcry, the legislation was defeated and replaced with a case-by-case program.

After completion of this lesson, you should see be able to:

The Women's Movement: Causes, Campaigns & Impacts on the US
Related Study Materials

Other Important Activist Movements of the Late 60s and Early 70s

The Student Movement of the 1960s

Is Macbeth a Tragic Hero?