This lesson includes a synopsis and analysis of Act 1 Scene 2 of Shakespeare's comedy Twelfth Night as well as a short quiz to test your comprehension. Updated: 11/12/2021
Create an account

Act 1 Scene 2 of Twelfth Night takes place on the shore of the sea bordering Illyria. There is a captain, several sailors, and a young woman who appear to have just washed up to the land. The woman, Viola, asks where they are. The captain replies that they have arrived in Illyria. Viola says that Illyria is no good to her and that her brother is probably in Elysium, which is another word for heaven. We learn that they had just survived a shipwreck and Viola got separated from her brother.

She asks the captain if he thinks that there is any chance at all that he may have survived. The captain comforts her, saying that she survived by chance and he probably had the same small chance of survival that she did. He also adds that when her brother was still in sight, he saw him hold tight to a mast and ride the waves, seemingly in control.

Viola is comforted by these words, especially because the captain is more familiar with sailing and the sea, so his words have credibility, or seem believable. She gives some money to him for saying kind words and asks about Illyria. 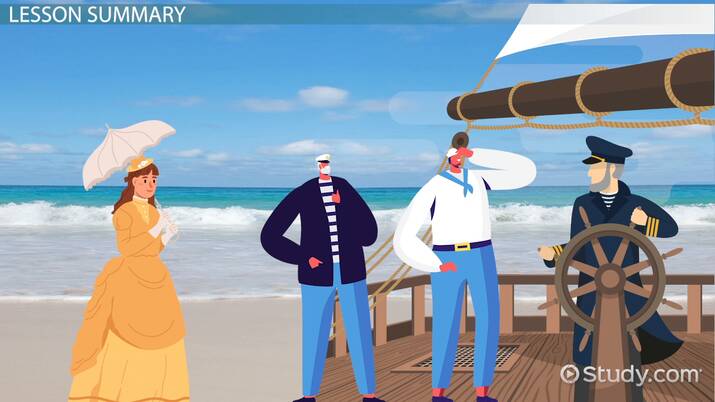 Try it now
Back
Coming up next: Twelfth Night Act 1 Scene 3: Summary & Analysis

The captain tells her that he used to live several hours away from Illyria and seems to know the area well; he tells her about the duke Orsino, whom Viola's father once knew. He tells her that recently the duke has become interested in Olivia, but Olivia is not interested in suitors or even leaving her house, because her father died years ago and her brother just died recently.

Viola says that she would like to work for Olivia in some capacity, perhaps as a servant, so that she could remain out of the public eye until she is ready to reveal her identity. The captain thinks that might be difficult because Olivia has told her servants to not allow anyone to speak to her, not even Orsino's messengers.

Viola then decides that she could work for the duke instead. She compliments the captain, saying that she believes he is a good person even though he is handsome; often handsome people are not so good on the inside.

She then asks the captain to help her create a disguise and present her as a eunuch, or a young man who has been castrated or for some reason does not have functional sexual organs. Eunuchs were often held as servants or slaves for noble classes, and as a disguise for Viola, this would account for her higher voice and slightly effeminate behavior. Viola mentions that she can sing and talk about music, which will make her more valuable to the duke. She says that she can pay the captain for his help if no one finds out who she is. The captain agrees that he will help her with the disguise and keep her secret from everyone in Illyria.

In Act 1 Scene 2, we have to make several inferences, or guesses based on the information given, about who the characters are and what has happened to them. Because they wash ashore, Viola does not know where she is, and she is worried about whether her brother survived; we can guess that they were on a ship and survived an accident.

Another inference we can make is that Viola is someone of a very high social class. She gives the captain money just for saying comforting things about her brother and offers to pay him for helping her stay in disguise. From these details, we can infer not only that she has a lot of money to spend but also that she does not want anyone to recognize her, so she might be a well-known, wealthy woman.

In Act 1 Scene 2 of Twelfth Night, we learn that Viola has washed ashore after an accident along with the captain of the ship and some sailors. She is worried that her brother did not survive. She talks with the credible (believable) captain about the Duke of Illyria and convinces him to help her disguise herself as a eunuch (a castrated male) so that she can work for the duke and go unrecognized in Illyria.

From this scene, we make several inferences, or guesses based on things said in the scene. We learn that Viola might have a high social standing because she gives the captain money and mentions paying him for his help. She also needs a disguise in order to not be recognized, which is intriguing because she thinks that without a disguise, people might know who she is even though she seems to have never been to Illyria.