Is your creativity driven by your heart or your head? In this lesson, you'll learn more about the types of creativity, how the brain is involved and how different characteristics interplay to come up with a final result.
Create an account

Ludwig van Beethoven is certainly one of the most creative composers who ever lived. Even after suffering from hearing loss, he still created arguably his most well-known creation: the Ninth Symphony.

Fast-forward to more current times and see another example of creativity in action with Steve Jobs. Before his death in 2011, his passion for computers and connectivity led to the creation of Mac computers and the iPhone.

These are two totally different people with two totally different modes of creativity. How, exactly, does that happen? If you're creative in one area, wouldn't you be creative in all areas? That's not how Arne Dietrich, a professor of cognitive neuroscience, saw it. In research he published in 2004 in the Psychonomic Bulletin & Review, Dietrich described four different types of creativity based on where it comes from in the brain.

To better foster creativity in the workplace, it's important to understand the different types of creativity. So, let's take a look. 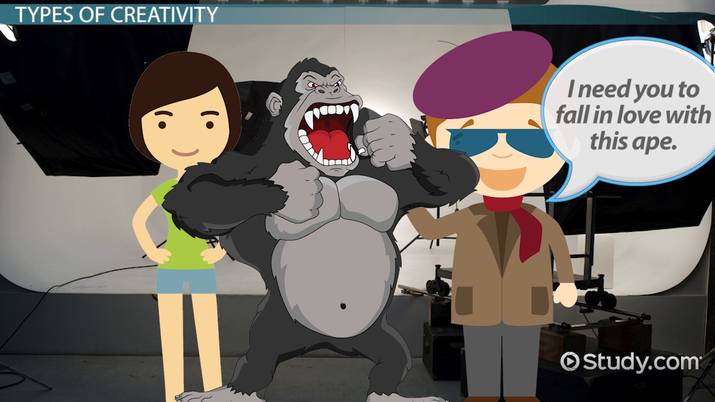 Coming up next: The Relationship Between Intelligence & Creativity

Dietrich created what he called the Knowledge Domain with four distinct processing modes (emotional, cognitive, deliberate, and spontaneous), which together make up a quadrant of creative types with different characteristics. Both Dietrich and others who have researched the topic created a visual to represent the four areas:

Let's explore each one.

Creative types who are deliberate and cognitively-based are purposeful. They possess a lot of knowledge about a particular subject and combine that with their skills and abilities to put a plan into action. People with this type of creativity are usually adept at research, experimentation, and problem-solving. This type of creativity lies in the brain's prefrontal cortex toward the front of the brain.

This quadrant is frequently represented by noted inventor Thomas Edison, who we have to thank for advances in electricity and telecommunications. Edison was noted for the amount of time he spent analyzing his experiments and persevering until he reached his goal.

According to Dietrich, creative people who are classified as deliberate and emotional let their work be influenced by their emotions. These are frequently more sensitive and feeling individuals who might prefer lots of quiet time for personal reflection or writing in a diary, but they are also equally logical and rational, marrying deliberate actions with emotional creativity. This type of creativity lies in the brain's amygdala, responsible for human emotion, and cingulate cortex, which combines learning and information processing.

This quadrant is indicative of those ''A-Ha!'' moments, or quick bursts of sudden realization or insight into a problem or idea. An example of this might come following a personal incident like a bankruptcy, where you're reflecting on the decisions that got you to that point and using deliberate and emotional creativity to reflect and overcome your challenge.

Remember the story of a young Isaac Newton whose ''Eureka!'' moment about the law of gravity came after being hit on the head by a falling apple? This is an example of a spontaneous and cognitive type of creative being. Spontaneous and cognitive creativity appears when individuals have the knowledge necessary to get the job done, but perhaps need some inspiration to drop from the sky, like Newton. This type of creativity may appear at the most inconvenient time, like coming up with a unique way to finish a story while you're in the shower, or envisioning a solution to a problem at work while you're driving on the weekend.

This type of creativity is present in the brain's basal ganglia, which impacts both cognition and emotion. This allows you to work deliberately on a project, for example, then stash it away in your mind and let the subconscious areas of your brain take over.

Last, but not least, is the spontaneous and emotional quadrant of creativity. In this type of creativity, emotion rules. Work is less structured and more improvised, with the individual letting their emotions guide their work. Individuals with spontaneous and emotional creativity most frequently find careers that let them express their emotional side, such as musicians, artists, and even writers. They may create an album all about their recent breakup or paint a picture based on some sadness they are feeling.

Pablo Picasso is a good example of this type of creative presence. His ''Blue Period'' was said to have been inspired by early years filled with tragedy. This type of creativity is influenced heavily by the brain's emotion-driven amygdala.

The Relationship Between Intelligence & Creativity

Business Plans: How to Develop a Feasibility Plan

Ego States and Types of Transactions in Transactional Analysis Theory

What is Intrapreneurship? - Definition & Characteristics

Collaborating Effectively as a Team at Work

Resolving Work Conflict as a Team

Setting Goals as a Team