Protists are a unique group of organisms that don't quite fit into the animal, plant, bacterial, or fungal categories. Learn how protists reproduce sexually between multiple organisms, and asexually using only one parent. Updated: 11/25/2021
Create an account

When you examine the kingdom protista you might think you have been carried away to a strange land filled with strange creatures. Algae, amoebas, and slime molds, oh my! But despite all belonging to the same kingdom, these organisms have little in common. They look different, move by different means, and feed in different ways. They don't fit into any other group because they are not animals, plants, bacteria, or fungi. We call these leftovers of the living world the protists. 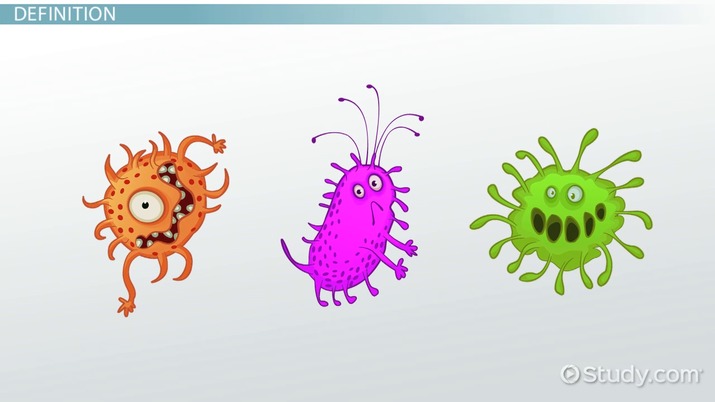 The following are types of asexual reproduction that occur in protists:

Sexual reproduction also takes place as part of a protist life cycle called alternation of generations. During the first phase of their life cycle a protist will produce spores . Each spore contains half of the parent organism's genetic material. These are released into the environment where they can live and grow, creating the first generation of the organism's life cycle. In this case, generation means phase and is still referring to a single organism, not the offspring like we're used to. In the second generation, or phase, of the protist's life cycle, the organism that grew from the spore releases copies of itself into the environment that act as gametes, or reproductive units. When two gametes come together they fuse to form a zygote with a full set of genetic material that will grow into the protist. In the end, both generations of the protist act together to reproduce.

The kingdom protista contains organisms we call protists, which are neither animal, plant, fungi, nor bacteria and can include algae, amoebas and slime mold. Asexual reproduction is the most common among protists. Protists can reproduce asexually through binary fission, one nucleus divides; multiple fission, many nuclei divide; and budding. During both types of fission the organism replicates its nucleus and divides to form new organisms. Budding occurs when a new organism grows from the body of its parent.

They can, however, also reproduce by sexual reproduction. Protists reproduce sexually through the processes of conjugation and alternation of generations. Conjugation is a temporary union of protists in which they exchange genetic material. Alternation of generations is a life cycle in which a protist releases spores with half of its chromosomes into the environment, and they form a first generation organism. The first generation then releases sexual reproductive units called gametes into the environment. When two gametes come together they form a zygote that contains a full set of genetic material and will develop into the second generation and the cycle will start again.

Do Protists Have Cell Walls?