A command system is a kind of economic system where the government plays a major role. Discover command systems in economics with real-world examples and explore the two biggest challenges of this system: moral hazard and the coordination problem. Updated: 11/01/2021
Create an account

What is a Command System in Economics?

Every day, you see goods and services and money changing hands, buyers and sellers negotiating and settling on a price. All of this activity is a small part of a much larger economic system. Remember, an economic system is a process. Specifically, it's the process of how scarce resources are allocated. Scarce resources can be anything - food, computers, cars, homes, electricity, or any other good or service produced. The economic system dictates who gets what. 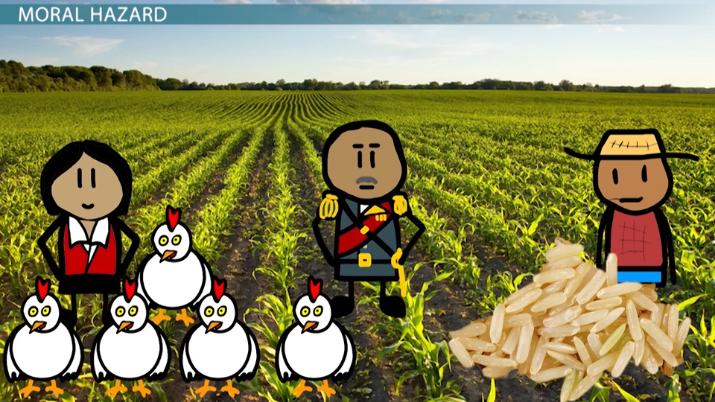 Coming up next: Capitalism and the Free Market: Definition & Limitations

The most common type of command system is socialism. Socialism is not a government structure, but rather an economic system where the government plays the primary role of allocating scarce resources to producers and consumers. Typically, when people hear of socialism, they think of the former Soviet Union or China and indeed, these are good examples. In both of those countries, the government controlled production of nearly everything. Taxes were very high and resources (goods and services) were allocated as the government felt best.

In theory, socialism makes sense to many people. In fact, to some extent they are right. Think of public services that are controlled by the government in the United States - your local fire fighters, police, most roads, and water. These are just a few examples. While most Americans think of socialism as a horrible thing, would we really want police protection only for those who could afford it? Or would you want the response to your call to the police or fire fighter prioritized by the amount of money you were willing to pay?

The economic systems of China, Cuba, the former Soviet Union, and other countries that try socialism are based on these good examples of government involvement. But in each case, the government inappropriately extrapolates socialism from controlling the roads and other public services to controlling everything.

There are two inherent problems with a centrally-controlled economy like socialism: moral hazard and the coordination problem.

Moral hazard exists when an individual or group of individuals has a personal incentive to act in a way to that which is best for the group of individuals they represent. This is a little tricky to understand because you might think it exists in a free market economy as well, and it can. But the difference is accountability.

Imagine in China, the government official responsible for agriculture makes a decision that results in more land for growing rice but less land for raising chickens. As the government official in charge, he can act on that decision to his own benefit and at the cost to others. Perhaps he decides to allocate more land for raising chickens to his neighborhood or region. That's a good thing for him, but bad for the people not in his area.

An important part of economics is the study of efficiency. Economic systems exist to allocate resources, but should do so in the most efficient way. In this sense of the word, an efficient market would seek to allocate resources where they are needed most at the lowest cost. Think of how hard it is to determine supply and demand when you have professional financial analysts that can analyze previous purchasing trends and forecast future demands. You can use historical trends to project into the future and, most importantly, you can use price as a variable to inform you about who wants what, when. In that way, a free market is often considered a demand-side economy. That is, consumers' demand for goods and services drives production.

The opposite of a demand-side model is a supply-side model. If a central government controls production of goods and services and then distributes it out based on some allocation model, it is providing supply and hoping the consumers want what they've produced. Any supply that isn't taken on by demand becomes waste, resources that could have been used elsewhere.

A good way to remember the difference between supply-side and demand-side is to ask yourself, 'What is driving production?' If it's government determining supply and then pushing that on consumers, supply comes first, so it's supply-side. If, on the other hand, consumers demand, or show desire, for certain goods and services, producers take that signal and start producing to satisfy demand; hence demand-side economics.

So, the coordination problem is just that - the problem of deciding how to effectively coordinate the allocation of resources. It is based on the strategy of pushing supply on consumers instead of letting consumers tell producers, through demand, what they want.

When you think about economic systems, imagine all the potential resources a country or nation might have or produce, and how those resources can be allocated. That's the essence of an economic system, and both command systems and free market systems are attempts at doing so, most effectively. In this lesson, we learned about a command system, one in which a central government uses its best judgment to allocate resources.

Citing China and the former Soviet Union as examples, we discussed the two biggest challenges of a command system: moral hazard and the coordination problem. Each of these is mitigated in a free market; not perfectly, but certainly more effectively than in a command system. Since no perfect economic system exists, we have to try and find the best option.

So next time you drive your car, which you bought in a very free market system, on a public road, which was built and maintained in a command system, think about each and how they impact producers and consumers.

Now that you've finished, put what you learned to the test:

Market System Characteristics | What Is a Market in Economics?

Allocation Strategies & Examples | What is Allocation in Economics?

Scarcity Overview, Graphs & Examples | What is Scarcity in Economics?