'Science' is a pretty big word. It encompasses many different fields, like physics, chemistry and biology, but also different mathematics, and even social sciences like psychology and sociology.

No matter what type of science you study, one of the most important things that all good scientists do is share their knowledge. I mean, what's the point of knowing things if you keep all that information to yourself?

Sharing information also reduces redundancy. When scientists share their knowledge with each other, this information provides a foundation for new knowledge to build upon. New experiments and hypotheses can be tested based on common scientific knowledge, which only helps us learn more about the natural world around us. 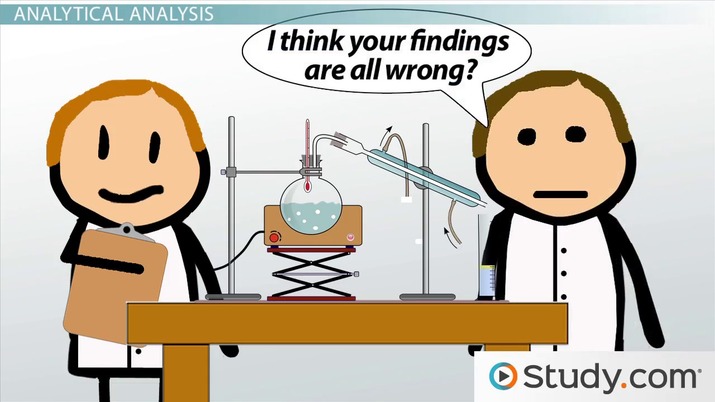 Coming up next: What are Natural Disasters? - Definition & Types

Sounds easy enough, right? A scientist performs experiments, learns new things, and then shares that knowledge with the rest of the world. Unfortunately, it's not so straightforward. Science is full of technical terms, symbols, and statistical analyses. On top of this, there are numerous ways to present scientific information - in a written report, on a graph, in a table, or perhaps even an illustrated diagram.

It's in this way that science is much like a new language that you have to learn. In order to understand what scientists are saying, you have to familiarize yourself with the terms, processes, and types of presentations that they will share that information through.

The good news is that once you learn the language it becomes much easier to interpret scientific presentations. Building a baseline of scientific knowledge gives you the skills to understand what is being stated in both text and non-text presentations.

Analyzing scientific presentations is really no different than what you've been asked to do in other classes. For example, you've probably read some classic novels like Catcher in the Rye or The Great Gatsby and I bet even some of Shakespeare's plays.

Sometimes, especially with things like Shakespeare, you have to dig a little deeper and make sure you understand what is being read. You may even have to read it several times to make sure you fully understand what the author is trying to convey. Scientific presentations are no different. If you're reading a journal article, for example, you may have to re-read some passages several times to make sure you understand what the author is saying. Scientific writing is much more technical than literature or plays, but that doesn't mean that scientific authors don't use their own writing style when conveying information.

This type of analytical thinking is very important because it keeps scientists honest when they are presenting information. If they omit key points from their methods, who knows what they actually did? Do you know for sure that they performed their experiment properly? If they don't present their full results, how do you know what they actually found? And if they do, do you agree with their conclusions or did you interpret their results differently? Are there any other possible outcomes that could have occurred? And most importantly, does it all make sense?

The best part about science is that it's okay to disagree! In fact, disagreements can be really important. Galileo disagreed with many of the 'scientific' findings of his time and often came to his own conclusions through his experiments. He is now considered one of the most influential people in scientific history and was even called 'The Father of Modern Science' by Albert Einstein. But Galileo's disagreements with the Church led to his works being banned for a long time, even though they were more factually and experimentally based. Imagine if Galileo had kept his mouth shut instead of disagreeing - our world would be a far different place!

Sometimes, though, this can be tougher than analyzing text because our eyes are very good at fooling us when we look at images. Say, for example, that you are shown this graph:

The title very clearly expresses what the author wishes to convey, but is this what's really going on? Does one really cause the other or do both variables tend to increase in number for other reasons? Perhaps both occur in higher numbers when they are found in larger or more populated cities.

Or what about this graph?

The Y-axis has been truncated to show the differences that occur at higher values, but what if we presented the graph with a complete Y-axis that starts at zero?

Do you still feel the same about the results?

Pie charts are especially deceiving because no matter what your data are, they have to fill the entire circle to make 100%. So while this diagram seems to convey a large difference in proportions, the sample size is very small:

If you repeated this experiment with a sample 10 times as large, would the differences be so dramatic? Seven is not nearly as different from 3 as 70 is from 30. It's the same proportion, but it says a lot more about the results.

I'm certainly not trying to say that scientists are sneaky, dishonest people, because most of them are not. Scientists aren't out to trick anyone or just make up data to prove something that's not true. But scientists are human and they do make mistakes. And sometimes, scientists are so passionate about their work that they may misinterpret results without even meaning to.

Scientists love what they do, and they love to share their findings with others. This is a crucial part of doing good science because it helps establish a baseline of communal scientific knowledge. It also sets standards for good science.

Scientific information may be presented textually, for example in journal articles or in books, or it may be presented non-textually, like with graphs, plots, and diagrams. Each requires careful scrutiny through an analytical eye. Most scientists are honest, passionate people who love what they do. But they are only human and mistakes are sometimes made.

Knowing the proper scientific language as well as how to evaluate both textual and non-textual scientific presentations provides a sort of checks-and-balances system that keeps everyone on the same page. And most importantly, it helps to keep the sciences as respected and valid fields of study.

Where Does Rapunzel Live in the Original Story? | The Real Story & Setting of Rapunzel

If We Must Die by Claude McKay | Poem, Analysis & Theme

A Raisin in the Sun by Lorraine Hansberry | Summary, Characters & Analysis