Think that historians do research like they always have? Think again. This lesson shows how the work of the historian is rapidly changing and how your picture of a dinner out could one day be a primary source.
Create an account

Away from Dusty Shelves

When you close your eyes and imagine someone doing historical research, chances are that you see someone surrounded by books. After all, libraries just seem like logical places for historians to do their work. Truthfully, a good library is still an important asset to any historian. However, in the past few years, a number of new sources have emerged that are starting to change the way historians approach their sources. While some of these sources are little more that scanned copies of earlier works, other documents are taking fuller advantage of the changes in technology. 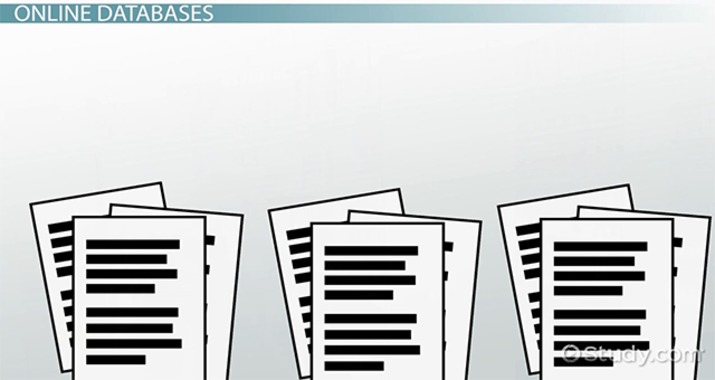 Coming up next: How to Analyze Historical Documents & Narratives

One of the easiest ways that historians can use the advantages of new technology while still utilizing the vast knowledge held in traditional libraries is through the use of digitized books. Numerous organizations have made it their mission to digitize massive amounts of the printed word. However, the advantages of these digitized books vary greatly. Some are little more than scanned PDFs of the documents in question, although they are now available anywhere. However, others have searchable text, meaning that someone can literally type into a search box for any relevant passage. Needless to say, this is a major advantage.

In fact, it's not just books that are becoming digitized. All manner of historical documents are now available online. In fact, with some of the higher-profile documents, you can even search handwritten text for information, such as with U.S. Census documents.

Digitized books aren't the only tool for those who want to keep their work online. In fact, a surprisingly large amount of information would be missed if only books were digitized. After all, many scholars prefer to publish articles instead of full-fledged books, since articles can discuss a specific point in 20 pages, whereas a book requires hundreds of pages and sticks to more general topics. Virtually all scholarly articles now are available online through a number of databases. Perhaps the most well-known of these are JSTOR and Google Scholar, but a number exist. Again, here the differences between a simple image scan and a fully searchable document exist as well, but unlike books, much more specific research can be obtained in a shorter period of time.

Historians should be wary of relying only on books or articles, whether digitized or not, as both are usually examples of secondary sources. However, new technology has given an increasing amount of access to the primary sources that have helped to change history. A great example of this comes from the old cassette recordings, now all available on MP3, of Iranian Ayatollah Khomeini preaching revolution to the Iranian people. In fact, the word 'cassette' was deemed so important as to have its own entry in the Encyclopedia of Islam, a preeminent secondary source on the Islamic world.

More recently, digital files smuggled out of places like North Korea demonstrate the role that new technology has had on societies, and therefore, on history. DVDs meant to create unrest towards the North Korean government have ended up in the hands of millions of North Koreans, and it is of no doubt that those files will be crucial to the story of understanding changes in that country's internal politics. In the case of both Iranian cassettes and North Korean DVDs, knowing what a population was watching and hearing on the eve of a great change is necessary for historians to gain a complete picture of all the events at hand.

For Historians of Current Events

Speaking of having a complete picture of all the events at hand, did you know that many historians are now interested in social media as a form of primary source? Think about it - it actually makes a lot of sense. To understand our ancestors, we especially appreciate the opportunity to look at sources like letters and diaries because they show what a person was thinking in a particular moment in history. Social media affords historians who study the present day the same insight into our lives. Remember that next time you choose to post yet another picture of your food, a food historian may be examining the role of ethnic food in swaying public opinion.

In this lesson, we see how technology is changing the way that historians perform research. While digitized books and articles may not be the biggest jump from a library, they do provide convenience, and an increasing number are searchable. However, the real advantage for historians studying the last few decades has been the increasing amount of material, such as cassettes and DVDs that are often disseminated without official permission. The same goes for social media, which provides an insight comparable to letters and diaries from years past.

Completing this lesson should help you accomplish the following: