One of the most famous and last great astronomers of the ancient world was Claudius Ptolemaeus. You know him better as Ptolemy. A genius of a man, he worked in Alexandria, the capital of all things science back in his day.

He developed a system for the motions of the planets, oriented maps using the cardinal directions, and invented the concepts of latitude and longitude.

He also did one other thing - what this lesson is all about. He described the brightness of stars he observed using what's called the magnitude system, or magnitude scale, an astronomical brightness scale.

Whether he completely came up with this idea on his own or it was simply a summary of ideas of astronomers that came before him (such as those of Hipparchus) is best left for a history lesson to debate. Instead, this lesson will describe what this magnitude scale is and how astronomers use it today. 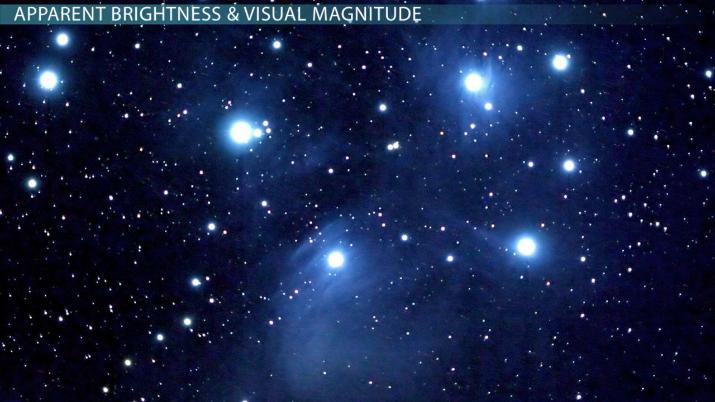 Coming up next: Determining the Temperature of a Star

The magnitude system Ptolemy apparently invented was based on apparent brightness, how bright a star appears to be to an observer. This property depends on the distance the observer is from the star. The sun will be fainter when viewed from Uranus than when viewed from Earth just like a flashlight appears fainter when you're farther away from it than when you're closer to it even though its true brightness never changes.

Using modern telescopes and detectors, today's astronomers have been more precise in estimating magnitude, so much so that magnitudes like 3.34 or 0.04 exist. Actually, some stars are so bright that the current magnitude scale moves into negative numbers. The scale has expanded into the other direction as well. Stars beyond about the sixth magnitude are ones that are so faint that we can't see them with our unaided eyes but we can see them with telescopes.

The standard magnitude scale is able to tell us how much brighter one star is compared to another if we know their individual magnitudes.

The magnitude scale is an astronomical brightness scale. It's based on the principle of apparent brightness, how bright a star appears to be to an observer. This property depends on the distance the observer is from the star. Even though a star may be super bright intrinsically, it may be so far away from Earth that it appears really faint.

Star Types & Classification | What are Different Types of Stars?