The production possibility curve demonstrates the potential profit from a given economic condition. See how this illustrates different economic conditions through evaluating scarcity, production factors, efficiency, and opportunity costs. Updated: 11/10/2021
Create an account

Many economic decisions are based on how much a producer can produce with a limited number of scarce resources. Given the situation, what can we produce in the most efficient manner? To complicate our decision-making, the resources we need for production are scarce, and there are trade-offs we have to balance in order to help us make the most profitable decisions.

In this lesson, we look at scarcity, factors of production, the production possibilities curve, and opportunity cost to help us analyze trade-offs, economic efficiency and inefficiency, and economic growth. 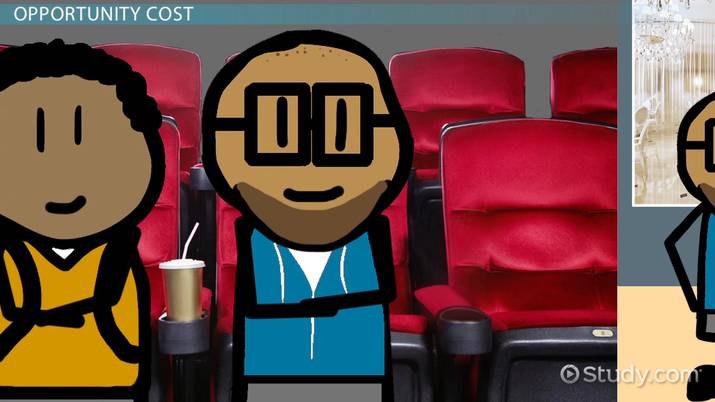 Coming up next: Comparative Advantage: Definition and Examples

In economics, we look at the choices we make given the resources we have, and many of those resources are scarce. Scarcity means that we do not have enough of a good or a service to meet all of the demand. Goods are things that we value, like cars, food, and medication. Services are the acts that others perform that we value, like providing medical care, teaching college, and maintaining emergency services.

Because goods and services are limited, a producer needs to know how much to produce, who to produce for, and how to produce given certain factors of production. All of these production decisions involve trade-offs.

Given these factors of production, we would need to find the most economically efficient way to produce medical services.

How we use factors of production can be illustrated with a production possibilities curve. This helps us visualize how our resources are distributed.

The points along the curve are points where nothing additional can be produced given the factors of production we have. Economic efficiency is where the production for one good or service cannot be made better off without reducing another. These are the points on the production possibilities curve.

All other points off of the curve demonstrate points of economic inefficiency, a situation where the factors of production can be used differently to produce more of a good or service.

In economics, all decisions involve looking at how to distribute resources differently and trade-off one good or service for another. With every redistribution, something is given up in order to produce something else. What is given up is the opportunity cost, the trade-off, or what we could have produced but chose not to.

In order to determine what production decisions we want to make, we use the production possibilities curve, which demonstrates economic efficiency and inefficiency. This curve shows all of the maximum output possibilities, given the factors of production and available technology - both of which are limited.

By using the production possibilities curve, companies, non-profits, and governments can look at a range of how to produce goods and services efficiently. Then, decision-makers can choose the best option along this curve, given the situation at hand.

Price Floor Overview & Examples | What is the Price Floor in Economics?

Market System Characteristics | What Is a Market in Economics?