Miquel is conducting research for his nutrition class. He is distributing a survey to all of the students in his school to determine if ice cream can make you taller. He collects all of the data and puts it into a table like this:

In this table, you can see all of the different types of data Miquel collected and calculate probabilities based off of this information. A probability is the likelihood or possibility of an outcome. For example, what is the likelihood that a randomly selected person over 5 ft. 7 in. in Miquel's school enjoys eating ice cream? Use the table to find your answer.

So, the question is, does enjoying ice cream make you taller? Or, if you are taller, does that make you enjoy ice cream? 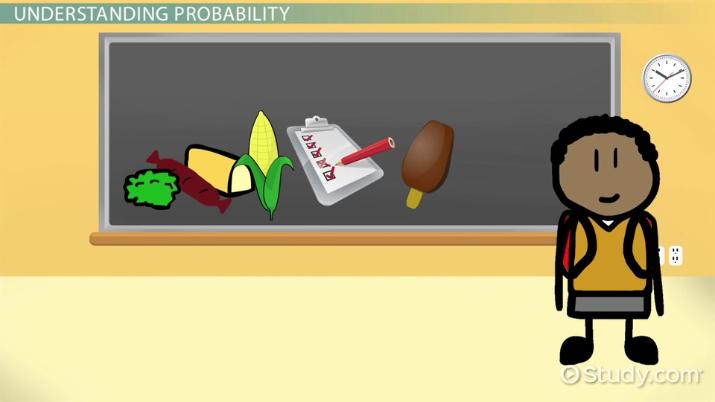 When determining probability, you need to understand if the data you are collecting is being influenced by another event. There are two types of probability: independent and dependent.

A dependent event is when one event influences the outcome of another event in a probability scenario. For example, if you had a deck of cards and drew one card out of the deck, then this event would affect the probability of the next draw because you have fewer cards in your hand.

An independent probability is when the probability of an event is not affected by a previous event. For example, if a student were to flip a coin once and get heads, then flip the coin again, his first flip would not affect the outcome of the second flip. The chances of getting heads or tails are always the same: 50/50.

This is a 2-way table, which is just a table listing two categorical variables whose values have been paired. Each set of numbers in a 2-way table has a specific name. The middle cells are the joint frequency numbers. When analyzing data in a 2-way frequency table, you will be looking for joint relative frequency, which is the ratio of the frequency in a particular category to the total number of data values.

A conditional probability is the probability of a second event given a first event has already occurred. This means that one of the variables is dependent. For example, you could say that you have to be tall first before you can enjoy ice cream.

You can learn more about conditional probabilities and frequencies in our other lessons. Now, let's talk about how to use a 2-way table to figure out if a variable is independent.

Now that you understand independence, dependence and 2-way tables, let's look at how you can use a table to determine independence. Take a look again at our 2-way table.

First, we need to change these values into percentages. Take each value on the table and divide by 120, which is the total number of people surveyed.

So, let's try to answer that first question: Does enjoying ice cream make you taller? Take a look at the column under 'likes ice cream.' See anything interesting? The percentage of students at Miquel's school that are tall and like ice cream and the percentage that are short and like ice cream are the same! This means that, in this study, height does not influence your preference for ice cream. This is an example of independence.

Now, there is some other data to consider. We can see from the margins that there are more short people that were surveyed than tall people. What does this mean? Well, we may have to take that into consideration when analyzing our data. For more information about frequencies and analyzing experiments, check out our other lessons.

Miquel came up with some interesting information about the ice cream preferences in his school and was able to analyze the data to determine if one variable had any influence on another. Remember, independent probability is when the probability of an event is not affected by a previous event. You can use a 2-way table to evaluate independence. A 2-way table is a table listing two categorical variables whose values have been paired. Two-way tables can tell us a lot of information, such as the joint, marginal and conditional frequencies.

Perimeter & Area in the Coordinate Plane

Percentiles Explanation & Examples | How to Find Percentile of a Data Set