Michelle holds a M.S. in Science Education and a B.S. in Elementary Education. She has extensive teaching experience, and has taught middle school maths and sciences, as well as a variety of other subjects as an interim teacher.

Have you ever taken two different things and combined them to make something brand new? Maybe you have taken two or more completely different Lego sets and put all the pieces together and invented something. Maybe you've helped your parents cook in the kitchen and combined many different ingredients and came out with cookies. Yum!

Scientists do this with elements in the periodic table to make new substances. They cannot just combine elements at random, though. Elements are very picky about what they combine with. However, they give scientists a clue of what other element they might combine with. That clue is the element's number of valence electrons. 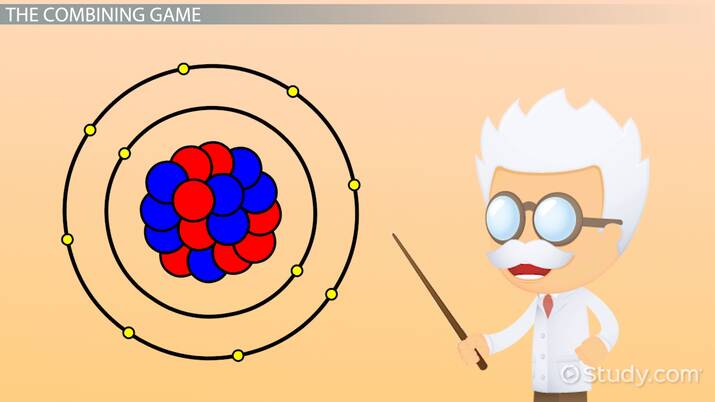 Coming up next: Radioactive Decay: Lesson for Kids

What Is a Valence Electron?

The only time that this does not work is with the transition metals (groups 3-12 of the periodic table). They are a rebellious group and do not follow the same rules as all of the other groups on the periodic table. Some elements in this group can combine in many different configurations making it very hard to determine valence electrons.

Why This Is Important

What Are Valence Electrons? - Lesson for Kids
Related Study Materials

US History for Kids