Michele is presently a part time adjunct instructor at Faulkner University in the Counselor Education Department where she teaches Measurement and Assessment and Diagnosis and Treatment. I formerly taught at the University of West Alabama where I taught School Counseling and College Student Development Counseling. I was also the Student Success Coordinator for the College of Education.

Degree programs can vary depending on the program that you take. Learn more about general education hours, which are taken in freshman and sophomore years, before taking courses in later years that are related to a college major or college minor. Also, learn about accreditation and accreditation organizations for most colleges and universities. Updated: 10/06/2021
Create an account

Bob is beginning his freshmen year at his local college. He is majoring in music education. When he signs up for classes, he is given a college catalog, which provides him with information about courses, majors, policies, and the school itself. 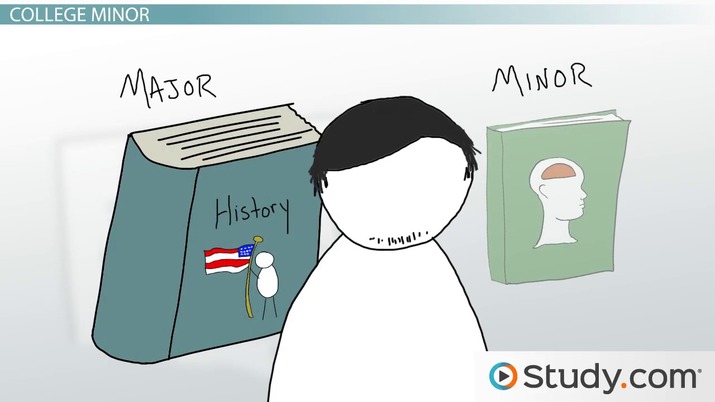 Coming up next: How to Find Colleges With the Major You Want

The next time he meets with his freshmen orientation class, he asks Dr. Brown, his professor, how and why the students all seemed to be taking the same courses although they were majoring in different subjects. Dr. Brown explained to the class that almost all college students will take a basic curriculum of courses.

Most students will take similar courses the freshmen and sophomore years, and then the student will begin their major courses their junior and senior years. The courses are designed to give every student a broader background than they would have just with their major courses. Note that some courses have a prerequisite, or a basic course you need to take before you can enroll in a more advanced course.

Although the list of required general curriculum courses may vary from school to school, they will generally include the following:

Although the student may begin taking major courses as early as their freshmen year, most students will really concentrate on their major coursework the last two years. Many programs, such as education and nursing, may require a student to apply for an upper division of coursework. Once a student is accepted into the upper division, they are considered to be majoring in that subject. Not everyone who applies is accepted. Those not accepted will have to choose a different major.

The college major usually consists of several courses specific to the major course of study, which may include internships, practicums, and other experiential courses. Students may also get academic credit for work and life experience in some programs.

Dr. Brown explained that although not all programs may provide for a minor as part of its coursework, for many students, a minor or multiple minors may be a way to specialize their degree. A minor requires significantly fewer academic hours than the major. It is usually in a field closely related to the major, such as English and journalism.

Each college develops its own general curriculum, but this curriculum must meet the guidelines of a state governing body and all accreditation boards in which they have memberships. You may notice minor differences in general curriculum courses, but most will be consistent with other colleges. Private, religious colleges, for example, may require a religion course or two as part of their general curriculum.

In some states, there is a state committee that oversees the courses offered at the colleges in its state. This allows the student who attends a community college for the first two years, or another four-year college, to be able to transfer the general curriculum courses into the new college. If all the colleges have the same general curriculum, transferring credits is much easier, and the student is more likely to have their coursework accepted by the new college.

In addition to state committees, almost all colleges seek to meet the requirements of organizations that accredit the whole curriculum. There are six regional divisions:

In addition, many college programs have subject-specific accreditation groups whose requirements they must meet. These ensure that students are getting a similar education at each school they accredit, no matter the size, location, or public or private status of the school.

What Does a Degree Program Really Entail?
Related Study Materials