View bio
Civil courts are courts that deal in non-criminal legal disputes, which can be broken down into several types. Explore the definition of a civil court and its characteristics, along with the legal process and a comparison to criminal courts. Updated: 11/18/2021
Create an account

A civil court handles legal disputes that are not crimes. In the United States, all such legal matters are handled by judges, attorneys, and law firms that focus on specific areas of non-criminal law, such as patent law or divorce litigation. In civil cases, there is not a prosecution by the government. Rather, the plaintiff, a person, group, business, institution, or a government body, brings a claim of harm against the defendant, another person or group. Among the many types of civil courts, we include personal injury, medical malpractice, torts, traffic court, bankruptcy, adoption and family court, business issues, and many others. 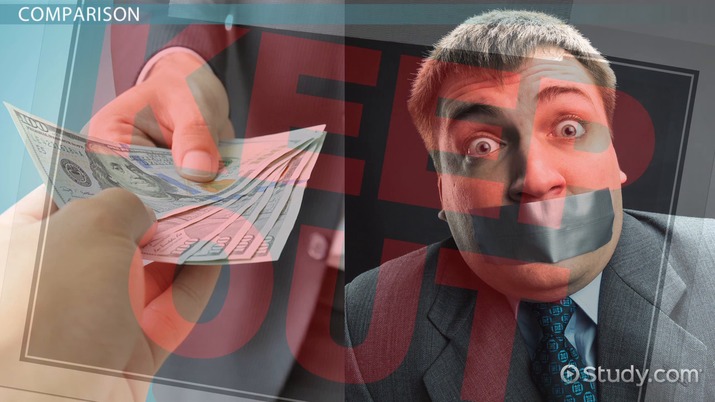 A civil case begins when the plaintiff believes that the defendant has caused some harm. The plaintiff will file an official complaint with the appropriate civil court, which describes the incident, identifies who is responsible, and asks the court for a specific remedy. Notice is given, through a formal summons, to the defendant. The defendant has the chance to respond to the complaint, with a formal answer, where he or she explains the incident from his or her perspective.

Cases move through a lengthy process of pre-trial activity. Indeed, most cases will never go to trial but are resolved earlier. In the pre-trial process, information is gathered through a process called discovery. During discovery, witnesses are interviewed, evidence is collected, and statements are taken. Each side is trying to gather the best case possible. Then, instead of going to a formal trial, many civil cases will go before an arbiter, or mediator. An arbiter or mediator is a court official, sometimes a judge or magistrate, who will assist both sides in coming to a satisfactory resolution of the dispute and assignment of blame outside of a courtroom.

When a case does go to trial, the process resembles a criminal trial. Opening statements are made by the plaintiff, then by the defendant, each side explaining the case from his or her perspective. The plaintiff calls witnesses first, with the opportunity for the defense to cross-examine and present appropriate evidence. When all of the plaintiff's witnesses have been called, the prosecution will rest and give the defense the opportunity to call witnesses, present evidence, and be cross-examined. When both sides have rested their cases, closing statements are offered. The judge will offer instructions to the jury (in jury trials) and, after deliberation, the jury will render a verdict. In bench trials (ones without a jury), the judge will then render a verdict. Finally, the court will compel one or both sides to comply with the decision of the court.

There are many important differences between civil and criminal court. Let's learn about the most important distinctions.

First, civil courts present cases before either a jury or judge. The Seventh Amendment of the Constitution guarantees that in all cases which dispute at least $20 of claims, one or both parties can request a jury trial. Otherwise, a judge will issue a verdict on the case after hearing both sides present their claims.

Second, the two courts have different burdens of proof. This is the standard of confidence that judges and juries must have in a guilty verdict in order to convict. To find a defendant guilty of a crime, the jury must be sure 'beyond a shadow of a doubt.' Essentially, there can be no doubt whatsoever. To assign blame in a civil court, the judge or jury must be assured that a 'preponderance of the evidence' is in favor of the decision. This means that it is more likely than not that a party is responsible. Civil courts require a less strict standard of proof.

Further, some civil cases can assign responsibility in part to both the plaintiff and defendant. In these cases, each side will be asked to pay some damages or accept some degree of the blame. For example, in a personal injury case when the injured person was careless or negligent when using a product but the damage happened because a company's product was faulty. A person may be driving a vehicle impaired by alcohol and get into a traffic accident. If the brakes failed on the car, the automotive company and the driver may both be at fault in part.

Finally, there are two types of verdicts that can be rendered for civil cases. A judge or jury can require a party to pay monetary damages or require compliance with a court order. For example, a person can be required to stay away from his or her ex-spouse's home. Crimes, on the other hand, are usually repaid with imprisonment and/or fines to the state.

Civil courts try cases of harm between two parties, called the plaintiff and defendant. The civil process differs from criminal cases in several notable ways: opportunity for a jury or bench trial, burdens of proof, division of responsibility, and types of possible verdicts.

Make a set of flashcards containing the definitions of all of the bolded terms from the lesson (civil court, plaintiff, defendant, complaint, answer, discovery, arbiter, mediator, burdens of proof).

Example: An answer is a defendant's response to the plaintiff's initial complaint.

Create a poster, chart, or some other type of graphic organizer that explains what a civil court is, who the parties in it are, and the process to begin a civil case.

Example: One step in the beginning is that a formal summons is provided to the defendant.

Make a chart, poster, or some other type of graphic organizer that lists and briefly describes the differences between a civil court and a criminal court.

Example: Punishments are different in civil courts versus criminal courts.

Write an essay of approximately one page that explains the pretrial process in a civil case and why it can take so long. Also make sure your essay explains why it is relatively uncommon for civil cases to make it all the way to trial.

Example: Mediators often help both parties come to a resolution so that a trial is not necessary.

In about two to three paragraphs, write an essay that describes how a civil case proceeds in trial.

Example: Each side has witnesses testify.

What is a Civil Court? - Definition & Characteristics
Related Study Materials