Zach has a B.A. from Vanderbilt University, where he studied English and computer science. He has three years of experience as a writing tutor for undergraduate and graduate students at Vanderbilt.

Roberto is very angry. He just found out that a local business is testing its product on animals. While this is not illegal, Roberto feels that it is immoral. He wants to convince his mayor and city council to establish laws that prohibit animal testing by local businesses. But not everyone feels the same way as Roberto. The mayor and some city council members believe that testing on animals is an important thing for businesses to do.

One of the city council members agrees with Roberto and has suggested that he write an essay to convince those who don't think the way he does. This means that Roberto is going to be writing a persuasive essay, or a piece of writing meant to convince someone of something. In Roberto's case, his essay will focus on trying to persuade the mayor and city council to see his side of the animal testing debate. To help Roberto write his persuasive essay, let's look at the components and the steps he should take while writing. 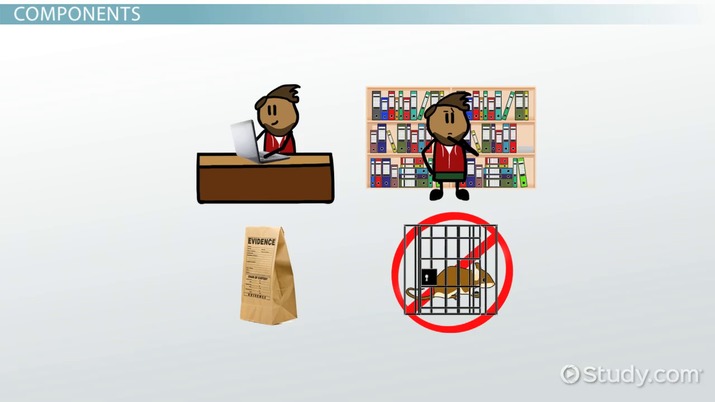 Coming up next: Persuasive Devices in Writing: Definition & Examples

Okay, Roberto is ready to make his case, but what should he include in his persuasive essay? What are the elements that go into an essay like that? There are several components of a persuasive essay that are not often seen in other types of essays.

The first major component of a persuasive essay is the position, which is the belief of the writer about which side is stronger. For example, Roberto's position is that the company should not be testing on animals. It's not enough to take a side, though. Roberto will need to bolster his position with arguments, or reasons the writer's side is stronger, and with evidence, or facts that support or weaken an argument. For example, Roberto might argue that animal testing is unnecessary for the type of product that the company makes, which would be an argument. Meanwhile, he could present statistics on how the top ten companies in that industry do not using animal testing, which would be evidence to support his argument.

Finally, Roberto will want to include some counterarguments, or reasons that an argument is not valid for his opponent's arguments. For example, one argument in favor of animal testing is that it prevents companies from jumping into testing new products on humans. Roberto might counter that argument by pointing out that the products the company makes are not drugs or dangerous products, but fairly innocuous beauty products.

There are five major parts to an organized persuasive essay, and Roberto can use those five parts as a step-by-step guide for writing his essay. They are:

If Roberto follows these steps, he'll have a well-organized, very persuasive essay!

The steps for writing a persuasive essay are:

What Is a Persuasive Essay? - Writing and Components
Related Study Materials

Components of Writing a Persuasive Essay

What Is a Myth? - Lesson for Kids

How to Write a Summary: Lesson for Kids

Character Analysis: Examples | What is a Character Study?

Symbolism Uses, Types & Examples | What is Symbolism in Literature?