What Are Radical Functions?

Elliott is a landscape architect, and he loves to design gardens with curvy shapes. He designs gardens that curve a little, a lot, or have multiple curves. Elliott has to use mathematics to make his gardens look perfect. 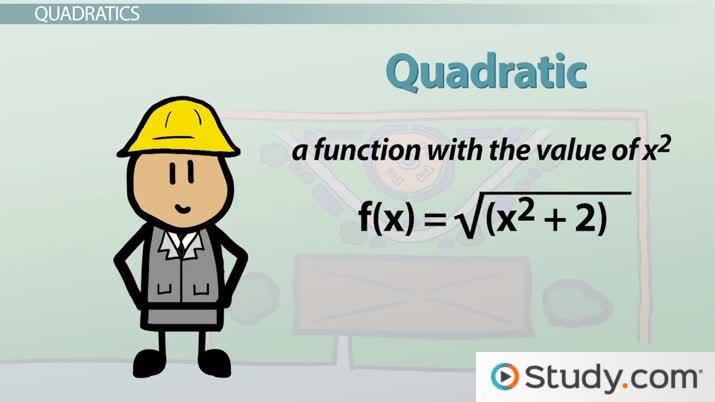 Coming up next: Discontinuities in Functions and Graphs

Elliott has a new client that wants a flower garden sweeping out from his house. Elliott knows that the function for this garden is f(x) = sqrt(4 - x). Elliott will need to graph this function so he will know the exact curve of the garden for this new client.

When you first graph a radical function, you must consider the domain of the function. Take a look at this function:

Since the domain is all of the x values of a function, we have to consider what numbers will replace this x. I would encourage you to try to work this equation along with the video. Feel free to pause it at any time to work through the problem and then play it to check your answers. If you feel like this video is too advanced, check out our other lessons for a review!

We cannot have a negative value under the square root because that would give us a complex number. You don't want to deal with complex numbers when graphing a radical function. So you need to make sure that the result of the equation underneath the square root sign is greater than zero. It is best if you work out an inequality like this: (4 - x) > 0.

The (4 - x) comes from the original equation. Everything under the square root sign needs to be considered. The result of (4 - x) needs to be greater than or equal to zero because anything less than that is a negative number. We can find the domain of the function by solving this inequality:

This means that to prevent a negative number from appearing under the square root sign, we have to pick x values that are less than or equal to 4. When graphing radical functions, it is important to graph points that are far apart from one another. This chart shows an example of x values and the resulting y value of the function:

Notice that we chose x values that were less than four and far apart from one another. The graph of this radical function would look like this:

Notice that the line is curved. That's because if you graphed enough points and connected them, you would notice that radical functions always create curved lines. So remember that when you are graphing your points.

You can determine a few things from this graph. First, notice that the line is above the x-axis. That means that when you solve the radical function, all of your answers should be positive numbers. That's because you'll notice that all of the y values of the function are positive. If you get a negative number, then you know you've solved the problem incorrectly.

Second, notice that the x values on the line are both positive and negative. That means that x could equal anything for this function. Therefore, our domain for this function is all real numbers.

Now, let's pick some points for this equation and graph. Remember to pick x values that are rather far apart from one another and to draw a curved line when you graph. Here is a chart with an example of x values and the resulting y values:

This is the result of our equation:

Notice that this graph is slightly wider than the quadratic that we graphed earlier.

Something else to remember is when you are graphing a radical function, make sure you are drawing a curved line when connecting the points. If you are graphing a radical function with a quadratic underneath the square root sign, make sure you graph the quadratic first to determine the domain of the function. The quadratic is a function with the value x^2. Happy graphing!

After this lesson ends, you could recall how to:

The Fundamental Theorem of Arithmetic

Function Terms, Graph & Examples | What Is a Function in Math?

Behavior of Exponential and Logarithmic Functions