The laws that establish consumer rights in business practices fall under the umbrella of consumer protection. Learn how the Federal Trace Commission enforces consumer protection laws, and discover the principles of product liability by exploring a famous case example, Escola vs Coca-Cola. Updated: 09/26/2021
Create an account

What Is Consumer Protection?

America is known for its consumerism. Good or bad, many argue that our culture places a high value on material possessions and encourages people to consume more than they need. But, consumerism has more than one definition. In business and economy, it means to promote the rights and safety of consumers.

Consumer protection is based on consumer rights, or the idea that consumers have an inherent right to basic health and safety. The FTC protects these rights by: 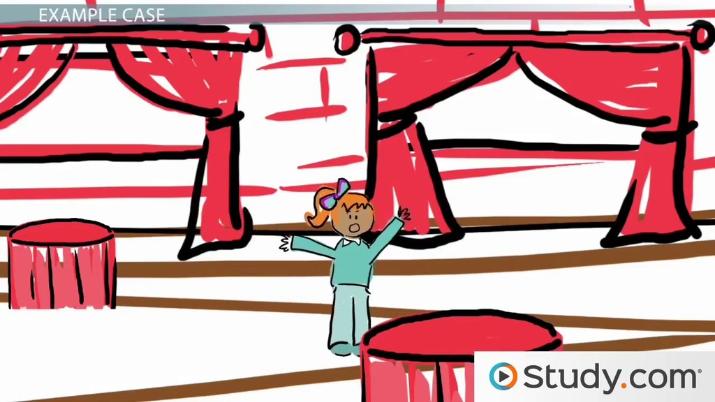 Try it now
Back
Coming up next: Defective Products Liability

What Is Product Liability?

Consumer protection is often achieved through the legal doctrine of product liability. Generally speaking, this is the legal responsibility imposed on a business for the manufacturing or selling of defective goods. Product liability laws are state laws, and therefore vary by state. However, the laws share a common goal. The laws are built on the principle that manufacturers and vendors have more knowledge about the products than the consumers do. Therefore, these businesses bear the responsibility when things go wrong, even when consumers are somewhat at fault.

Product liability cases can result in large civil lawsuits and lucrative monetary judgments for the plaintiffs. This can be harmful to small businesses and manufacturers and has been an argument for tort reform. But keep in mind that, on the other hand, many of the product safeguards consumers now enjoy are the result of previous lawsuits.

There are three main types of product liability. Businesses will be found liable to consumers when a court finds:

Let's take a look at how consumer protection and product liability laws work in the real world. One famous case comes out of California back in 1944 and is known as the 'Exploding Coca-Cola Case,' or Escola v. Coca-Cola Bottling Co.

Escola was a waitress in a restaurant. She was putting away glass Coca-Cola bottles when a bottle exploded in her hand for no apparent reason. She suffered a severe, five-inch wound to her palm and thumb. The top portion of the bottle, including the bottle cap, remained in her hand while the bottom portion of the bottle smashed to the floor. She suffered severed muscles, nerves and blood vessels. At trial, a Coca-Cola representative admitted to seeing other similarly exploded bottles in the warehouse, though he didn't know how they might have exploded.

The main issue in this product liability case involved possible negligence in the bottle's design. When the case went to trial, Escola's attorneys wanted to prove Coca-Cola's liability by simply presenting evidence of the shattered bottle. Coca-Cola argued that the bottle was out of its exclusive care and control when the accident occurred, and therefore really anything could've happened to compromise the condition of the bottle.

However, the court sided with Escola. After considering the evidence, the court decided that there was really no reasonable evidence to show that the bottle had been mishandled once it arrived at the restaurant. Since a Coca-Cola delivery truck delivered the bottle, it was the responsibility of Coca-Cola to deliver the bottle free of defects and in a manner that wouldn't explode. Coca-Cola was therefore liable. Escola was awarded money damages for her medical bills and to compensate for her severe injuries.

Let's review. Consumer protection is a broad concept. Generally, it refers to all of the laws and other forms of government regulation designed to protect the rights of consumers. These laws and regulations are administered by the Federal Trade Commission, or FTC.

Consumer protection comes from our idea that consumers have an inherent right to basic health and safety that must be protected. These are known as consumer rights. The FTC protects these rights by:

One form of consumer protection is product liability, which is the legal responsibility imposed on a business for the manufacturing or selling of defective goods. These laws vary state-to-state, but all seek to protect consumers by holding manufacturers and vendors responsible when things go wrong with their products. This is accomplished through three main types of product liability:

The 'Exploding Coca-Cola Case' is an example of a manufacturing defect based on Coca-Cola's negligence. But, one justice suggested that a strict liability standard be used. This would mean that Coca-Cola would be liable if the defective product causes injury, regardless of fault. This standard is used today in many jurisdictions.

What Is Telemarketing? | Examples & Laws

Fraud Definition & Types | What is Fraud?

Business Products & Marketing | What is a Product in Business?

Puffery Advertising Overview & Examples | What is Puffery in Advertising?

What Is Telemarketing? | Examples & Laws

Fraud Definition & Types | What is Fraud?

Business Products & Marketing | What is a Product in Business?

Puffery Advertising Overview & Examples | What is Puffery in Advertising?