Direct democracy is a form of government in which all laws are created by a general vote of society. We'll consider some examples of direct democracy and look at some pros and cons of this type of democracy.
Create an account 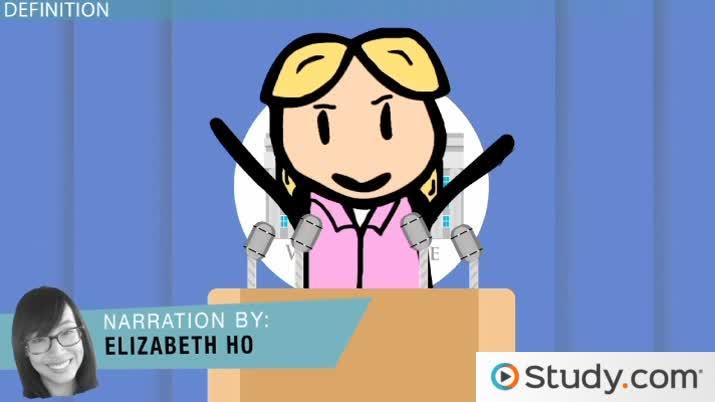 Coming up next: What is a State Government? - Definition & Overview

Perhaps the most prominent example of direct democracy was ancient Athens. Although the Athenians excluded women, slaves, and foreigners from voting, the Athenian democratic system required all citizens to take a vote on all major issues. Athenian democracy consisted of three parts: the general assembly, which was all citizens; the boulê, which was 500 citizens in charge of running the city; and the law courts, which tried all crimes. Under the Athenian system, citizens were actively and constantly involved in the running of all political life. The verdict of every single court case was even decided by a vote of the assembly!

What if you didn't like the bill that Congress passed? Would you like to put it to a national vote? If you said yes, then you might like living in Switzerland. Although Switzerland is not a true direct democracy, any law that is passed by the national legislative branch can be vetoed by the general public if put to a public vote. Additionally, citizens can directly petition to change the Constitution through a direct vote on an amendment. In some districts of Switzerland, they still have Landsgemeinde, or assemblies, where people assemble in open air on a certain day to decide and vote on the laws of their society. This makes Switzerland the most prominent modern democracy to use elements of direct democracy.

Direct democracy has two main pros. First, it makes the government responsive to the general wishes of the public. When people want to see change in their government, they can gain results quickly by voting.

Furthermore, direct democracy tends to create more political participation. Voters see that their vote truly does count because what they are voting on will have an immediate effect on the laws of society. Therefore, voters may participate more in government.

The major con of direct democracy is that it is very time consuming for citizens and requires a lot of participation. Imagine having to vote on every single bill and law. How can anybody possibly be so informed on every single issue while still maintaining their job? That is why others have argued that representative government, in which professional lawmakers make the law, is a better form of government.

A second con to direct democracy is that it can make people vulnerable to demagogues. Demagogues are charismatic speakers who can sway people towards one side or another. By making everything a popular vote, direct democracy may lead to some citizens making brash and uninformed voting decisions. The fear of demagogues was one reason that the Framers of the Constitution did not create a direct democracy.

In a direct democracy, every single law, bill, or issue of justice is voted on by all the people. Ancient Athens was a true direct democracy, where every citizen with voting rights were required to vote on all issues. Today, Switzerland has some elements of direct democracy, and while the United States is primarily a representative democracy, processes - like referendums and initiatives - on the local level offer some direct democracy.

The Creation of the Confederacy: Leadership & Goals

What is a Referendum? - Definition & Example