Fog is a cloud of water droplets on or near the Earth's surface. Learn how to define fog, explore its causes, and discover its types, including radiation fog, advection fog, ice fog, and freezing fog. Updated: 10/28/2021
Create an account

Picture an old-fashioned horror movie. You're driving down a one-lane road deep in the woods with your sweetie on Halloween. You're headed to a party across town. Your headlights are on, but it's hard to see because there is a haze in the air. Suddenly, your car starts to sputter and stop. You pull over and start to inspect your car, but all of a sudden, something jumps out of the shadows! But you can't see who or what due to the heavy fog.

This lesson discusses this classic horror-film feature known as fog. Fog occurs outside of horror movies as well, and outside of the woods, too! 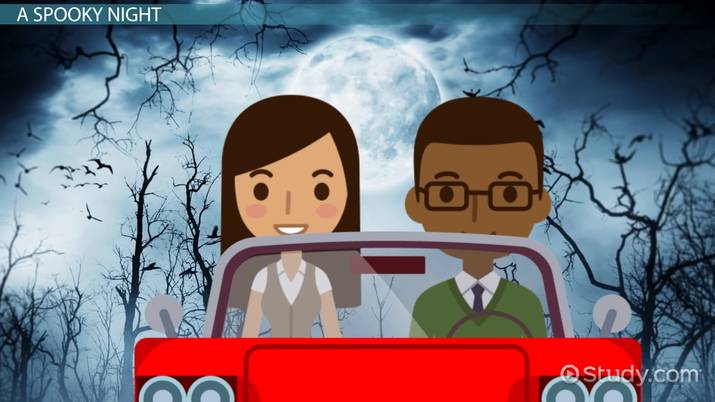 Coming up next: Creating Energy from Solar, Wind, and Water Sources

Although it might feel a bit spooky, fog is actually just condensed water vapor close to the ground. To understand fog, we first need to tackle humidity. The air around us can hold a certain amount of water vapor, or water in a gaseous state. As more and more water fills the air, the air feels more humid. The amount of water vapor in the air is known as humidity. When the water vapor completely saturates the air, the water droplets start to condense, or turn from a gas back into a liquid. These droplets of liquid are suspended in the air and appear as a thick haze, known as fog. The types of fog are separated into three main categories, and some of these categories have multiple types.

Advection fog is the fog that appears due to cool air mixing with warm air. Warm, moist air flows into a cooler area. Since cold air can hold less water vapor than warm air, the water vapor condenses and forms fog. This type of fog is common on the Pacific Coast of North America, where warm air from the Pacific Ocean mixes with cooler air on land.

Advection fog has several subcategories. Upslope fog is when warm air is forced up over a mountain. The warm air interacts with the cooler air, allowing water to condense and form fog. A variant of upslope fog occurs in mountain valleys, where the fog condenses and lingers in the mountain valley, called valley fog.

Another type of advection fog is when warm raindrops fall into an area of cooler temperatures, called frontal fog. Steam fog occurs over oceans, where the cold air from the ocean mixes with warm air above. This causes fog to form above the ocean surface.

Ice fog occurs in extremely cold climates where the temperature is well below freezing. When ice fog occurs, warm air interacts with extremely cold air and the water vapor sublimates, or changes, directly from a solid into a gas. Despite this, this gas is actually tiny solid ice crystals suspended in the air. Typically, ice fog only occurs in polar or arctic air.

Freezing fog is similar to ice fog, but instead of forming ice crystals in the air, freezing fog remains a liquid, even below freezing temperatures. The same process occurs where warm air meets cold air and the water vapor condenses. Here the water supercools and remains a liquid despite temperatures below freezing. These droplets remain as normal fog until they touch a surface, such as the grass, a car, or the ground. When that happens, the water droplets turn into ice, coating surfaces it touches.

In summary, fog is condensed water vapor that normally occurs close to the ground. Fog happens when warmer air interacts with cold air. The cold air can hold less water vapor than the warm air, so the water vapor condenses into liquid water to form fog. There are three main types of fog: radiation fog, advection fog, and fog in cooler climates. Radiation fog occurs when the warm earth starts to cool at night, producing cold air near the surface and warmer air above it. Advection fog occurs when warm, moist air moves into an area of colder air. There are four types of advection fog: upslope fog, valley fog, frontal fog, and steam fog. Ice fog occurs when extremely low temperatures mix with warmer air. The water vapor sublimates, or changes, directly from a solid into a gas, forming ice fog. Freezing fog occurs when water vapor supercools and remains a liquid despite freezing temperatures. The fog freezes upon contact with a surface.

The Polar Front Theory of Cyclogenesis

About the Moon: Phases & Facts

The Characteristics & Formation of Anticyclones

What is Hail? Causes & Storms