Copyright
Lesson Transcript
Instructor: Maggie Anderson
Genetic engineering involves modifying a host organism's genetic makeup by using vectors as a transfer agent. Understand the definition and examples of the process, as well as the difference between transgenic and genetically modified organisms. Updated: 10/24/2021
Create an account

A Brief History of Diabetes and Insulin

Diabetes is a disease in which the patient has trouble regulating his or her blood glucose level. Until the early 1900s, this was a deadly disease. Imbalanced glucose levels would induce coma and eventually death. Arguably, one of the greatest medical discoveries of the twentieth century was the development of genetic engineering technology. Let's imagine ourselves in the shoes of scientists struggling to develop a cure for diabetic-induced death.

For some diabetic patients, uncontrolled glucose levels is simply the result of a lack of a hormone called insulin. Insulin facilitates glucose transport into cells, thus lowering blood glucose levels. If that's true, we should be able to treat this form of diabetes by providing the diabetic patient with insulin. Okay. Easier said than done. Where are we going to get all this insulin?

Scientists eventually determined that insulin purified from animals like cattle or pigs was sufficient to treat the insulin deficiency in these diabetic patients. While this was a major medical breakthrough, the animal substitute wasn't without its side effects. Some patients suffered an allergic reaction. As we will see, genetic engineering would eventually solve this problem and pave the way for an entire new field of scientific and medical possibilities. 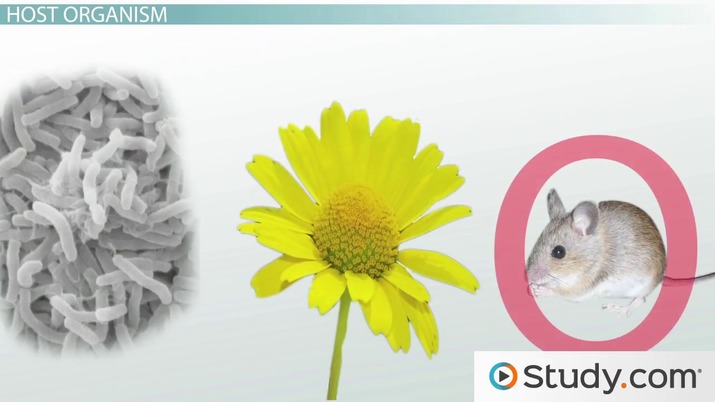 Try it now
Back
Coming up next: What is a DNA Plasmid? - Importance to Genetic Engineering

Genetic engineering is the process by which scientists modify the genome of an organism. Creation of genetically modified organisms requires recombinant DNA. Recombinant DNA is a combination of DNA from different organisms or different locations in a given genome that would not normally be found in nature.

In most cases, use of recombinant DNA means that you have added an extra gene to an organism to alter a trait or add a new trait. Some uses of genetic engineering include improving the nutritional quality of food, creating pest-resistant crops, and creating infection-resistant livestock.

We're struggling with the fact that some diabetic patients are experiencing an allergic reaction in response to insulin isolated from cows and pigs. The obvious solution is to give patients human insulin instead of animal insulin. Injecting patients with purified human protein should minimize the allergic reaction patients are experiencing, but purifying insulin from human tissue is impractical. That's why cattle or pig insulin is being used at this time.

Let's see how genetic engineering opened the door to mass producing insulin rather than purifying it from animal tissue, human or otherwise.

The organism that is modified in a genetic engineering experiment is referred to as the host. Depending on the goal of the genetic engineering experiment, the host could range from a bacterial cell to a plant or animal cell or even a human cell. You might guess that scientists chose a human or animal cell to produce insulin. If so, you may be surprised to discover that scientists instead used bacterial cells to produce human insulin.

There are many reasons why bacteria play an important role in many genetic engineering experiments. Consider the space required to house larger animals. Bacteria are small and relatively inexpensive to maintain compared to most alternatives. Consider the time required to raise larger animals. Bacteria reproduce much more rapidly. Finally, consider the end-goal. It is easier to overexpress and isolate molecules from a bacterial cell than it is from specific cells in a multicellular host.

The vehicle used to transfer genetic material into a host organism is called a vector. Scientists typically use plasmids, viruses, cosmids, or artificial chromosomes in genetic engineering experiments. Let's discuss how a few of these vectors work.

If you recall the biology of a virus, you can probably imagine how it could be used in a genetic engineering experiment to shuttle DNA from one organism to another. The virus basically serves as a biological syringe to inject DNA into the host cell. Normally, this injected DNA would lead to a viral infection. A genetically-engineered viral vector, however, is designed by scientists to inject DNA of interest. In this case, it would be the human insulin gene.

However, the vector chosen for the original insulin experiment wasn't a virus. Instead, scientists used a bacterial plasmid. A bacterial plasmid is a small circle of DNA typically found in bacteria that is separate from the majority of bacterial DNA located in the nucleoid. Scientists use plasmids frequently as a vector for DNA they are studying in an experiment.

We'll explore the features and function of bacterial plasmids in another lesson. Suffice it to say for now that a plasmid is a vector that allows scientists to genetically modify a bacterial cell - in this case, so it can produce human insulin.

How Transgenic Organisms are Different From Genetically Modified Ones

One popular example of a transgenic organism is golden rice. This rice was designed by scientists during the 1990's to combat Vitamin A deficiency in malnourished populations. The rice is golden in color because the genetic modification causes it to produce beta-carotene, which metabolizes into Vitamin A when consumed by humans. The modification to golden rice was produced by using genes from the daffodil plant and from a soil bacterium called Erwinia uredovora.

In summary, genetic engineering is the process by which scientists modify the genome of an organism. Recombinant DNA is a combination of DNA from different organisms or different locations in a given genome that would not normally be found in nature. GMO stands for genetically modified organism.

A host is the organism that is modified in a genetic engineering experiment. The vector is the vehicle used to transfer genetic material into a host organism. A plasmid is a small circle of DNA typically found in bacteria that is separate from the majority of bacterial DNA located in the nucleoid.

In our insulin example, scientists created recombinant DNA by adding the human insulin gene to a bacterial plasmid vector. By inserting this plasmid into a host bacterial cell, the resulting GMO bacterial cell was genetically engineered to produce human insulin. We'll explore the specifics of how this can be accomplished in subsequent lessons.

Try it now
Back
Create an account
What is Genetic Engineering? - Definition and Examples
Start today. Try it now
MCAT Test: Practice and Study Guide

What is Genetic Engineering? - Definition and Examples
Related Study Materials

Cloning Types & Examples | What is Cloning?

Insulin Production & Purpose | Where Does Insulin Come From?

The History of Life on Earth | Eras, Timeline, & Evolution

How to Classify Living Things Based on Characteristics

DNA Technology Uses, Examples & Applications | What is DNA Used for?

Genetic Material | Function of Hereditary Material of a Cell