View bio
Macroeconomics is the overall study of an economy's performance, behavior, and driving forces. Learn about the definition, importance, and principles of macroeconomics, and explore its relevance to economic output, unemployment, inflation, and deflation. Updated: 10/11/2021
Create an account 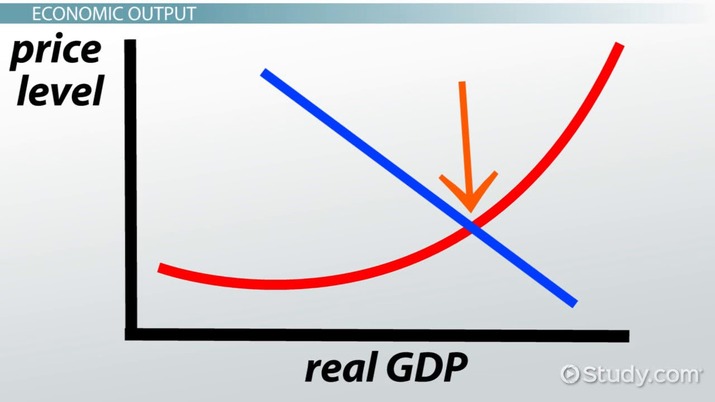 Coming up next: What Is Microeconomics? - Definition & Topics

We live in a complex and interconnected world. No one is unaffected by the economy. Most of us depend on the economy to provide job or business opportunities so we can make money to buy the goods and services we need to survive and function in modern society. The study of macroeconomics allows us to better understand what makes our economy grow and what makes it contract. A growing economy provides opportunities for better lives, while a contracting economy can be disastrous for most everyone. Macroeconomics provides the analysis for proper policy making so that we can develop and nurture the best economy possible.

Macroeconomic study focuses on three broad areas and the interrelationships between them. These three concepts affect all participants in an economy, including consumers, workers, producers and government. Let's look at each of these concepts.

Macroeconomics studies the national output, or income, of a country. National economic output is the total value of all goods and services produced in an economy during a specific time period. Economists measure national output by calculating the gross domestic product (GDP), which is the market value of final goods and services that an economy produces during a specific period of time. Economists will use the term real GDP, which is GDP valued at a constant price level, to compare current output with past output. This comparison will tell you if the economy is growing, is stagnant, or is contracting.

The study of macroeconomics is very important to make sound policy decisions that can affect the entire economy and all individuals, organizations, and governments that participate in it. Three major concepts studied in macroeconomics include economic output, unemployment and inflation and deflation. Economic output tells you how much an economy is producing, unemployment tells you how many people are working, and inflation and deflation tell you whether prices in the economy are going up or down.

The following exercise is designed to help students understand which economic situations are related to Macroeconomics while also being able to identify its three major concepts.

You are studying the economy of Kalamazoo Island. The national economic bureau of Kalamazoo provides you with the following economic events and fact related to the previous calendar year:

2. Kalamazoo's central bank implemented an aggressive expansionary monetary policy by decreasing the discount rate. This, in turn, has led to a rise in consumption and an increase in the overall price level as measured by the Consumer Price Index.

4. The Gross Domestic Product of Kalamazoo rose 6% in 2019, mostly due to the implementation of the mining industry on the island.

5. Kalamazoo's only airline, Kalamair, increased prices in 2019, which led to higher profits.

For each fact presented, determine if this fact is useful in the study of Macroeconomics in Kalamazoo and, if so, what is the related Macroeconomics concept.

What Is Microeconomics? - Definition & Topics

What is an Oligopoly? - Definition & Impact on Consumers

Economic Growth: How to Raise a Nation's Potential Output

What is Economics? - Definition & Types

What is Deflation? - Definition, Causes & Effects