View bio
In this lesson, we will explore the philosophy of ontology. We will learn exactly what ontology is, as well as explore some of the most complex questions ever posed. Updated: 07/11/2020
Create an account

Have you ever wondered what it means to exist, or what existence actually means? Complicated questions like those are part of a branch of philosophy known as ontology. Ontology, at its simplest, is the study of existence. But it is much more than that, too. Ontology is also the study of how we determine if things exist or not, as well as the classification of existence. It attempts to take things that are abstract and establish that they are, in fact, real. Ontology is a part of metaphysics, a branch of philosophy that looks at the very nature of things, their being, cause, or identity.

Metaphysics dates all the way back to the time of the Ancient Greek philosopher Aristotle, who lived from 384-322 B.C.E. Although some historians say the pre-Socratic philosophers, Parmenides and Heraclitus, as well as Aristotle's teacher, Plato, who lived from 427-347 B.C.E., also studied both metaphysical and ontological ideas. 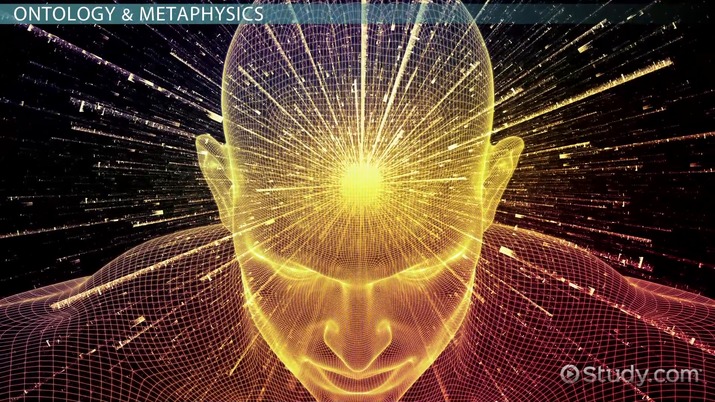 Ontology as a Philosophy

Aristotle distinguishes between two ideas in his work entitled Metaphysics. First, he says, there is general metaphysics, or the study of beings as they exist. The second part of Aristotle's idea deals with special metaphysics, which he assigns to the study of specific ideas, such as the existence of the soul. The difference between the two ideas is really confusing, especially when you consider the fact that Aristotle's general metaphysics is what we call ontology today.

When Plato, Aristotle's teacher, created his ontological argument, he called it the theory of Forms. Essentially, the Form (capital F) of something was its essence, whereas, the form (lowercase f) was the actual physical representation. He used this idea to separate man's soul from his body, and explain the idea of the soul in a quantifiable way. Plato's Dualism, or the mind-body problem, also explored existence as an ontological question. Basically, he argued, that the body was a physical thing, something we can observe. The mind, however, was specific to each of us. An argument that explains this principle is the idea of pain. Think about the last time you hurt yourself. Did someone try to tell you that you weren't that hurt because you weren't bleeding? This person could see your body, but not the inside of your mind. According to Plato, the ontological question here is how could the mind, which can't be seen, relate to the body, which can?

In the 17th century, German philosopher Jacob Lorhard, who lived from 1561-1609, officially coined the term ontology. He used the word in the first volume, of his eight volume work, Ogdoas Scholastica to discuss the relationship between religion and scientific inquiry. It was a particularly interesting topic for people living at the dawn of the Age of Enlightenment, when many scientists were discovering new ideas about our universe, and many philosophers were attempting to reconcile the existence of both God and rational thought.

Lorhard's Ogdoas Scholastica was written as a grammar school textbook. It was meant to define the most basic philosophical concepts of his time and defined ontology as a hierarchy, or order of classification. When writing volume eight, Lorhard focused completely on ontology. He was influenced heavily by the work of another German philosopher, Clemens Timpler. Both focused on the idea of what could be known from the human perspective, a perspective based on reason.

Example of an Ontological Argument

The greatest example of an ontological argument is that of God. Have you ever argued with a friend or family member about the existence of God? In the 11th century, St. Anselm of Canterbury argued that God existed, because he existed in our understanding. What that meant was that God existed because we thought he did, sort of like people who believe in UFOs, or the Minotaur from Greek mythology. Once we conceded that the idea of God was part of our understanding, Anselm argued, He can't exist in understanding (our minds) alone, He had to exist in reality.

French philosopher René Descartes, who lived from 1596-1650, argued that God must exist because only a being greater than man, could have created man. He claimed we cannot see or know God because of our inferior nature, but because we believe God exists, it must be true. Based on the principles of ontology laid out by Lorhard, Descartes' argument was valid because God is in a higher level hierarchy than man is. The German philosopher Gottfried Leibniz tried to debunk Descartes ideas. He claimed proof of a supreme being would have to exist, before one could claim humans were inferior. Descartes also coined the phrase 'I think, therefore I am.' In a sense, he was using Plato's Dualism here. If the body exists, so should the mind, and if the mind thinks, then the body must exist.

All of this leads up to the question, is seeing really believing? Or, can we believe something into existence? That's something to think about.

In this lesson, you learned about a complex branch of metaphysics known as ontology, which is the study of what it means to exist. Ontology was theorized by the Ancient Greeks and evolved through the Age of Enlightenment. Ontology came from Aristotle and his special metaphysics. His teacher, Plato, had two theories on the topic: the theory of Forms and Dualism. Both separated the things we were able to observe, such as the body, from those we could not but still knew existed, like the mind. The 17th century philosopher Jacob Lorhard wrote about ontology as a means of reconciling how science and religion could both exist. Examples of ontological arguments came from St. Anselm in the 11th century and René Descartes in the 15th century, both of whom used their arguments to provide what they believed to be proof that God exists.

Tip: Make sure your flash cards distinguish between Form and form!

Write an essay of approximately one to two pages that describes how the works of Plato, Aristotle, Lorhard, and Timpler have influenced the development of the field of ontology.

Example: Aristotle built on his mentor's (Plato's) theory of Form and form by creating the notion of general metaphysics and special metaphysics.

In at least three to four paragraphs, write an essay that describes the ontological arguments about God.

Example: As early as the 11th century, St. Anselm contended that God truly exists because He existed in human understanding.

In about one page, write an essay that explains how René Descartes' statement, "I think, therefore I am," makes an ontological argument.

Example: Descartes' statement demonstrates that even things that cannot be seen can exist. This fits in with Plato's concept of Dualism.

What are Subject Databases? - Definition & Types

What is Metaphysics? -Definition & Examples

What is The Philosophy of Science?

The Supply Curve in Microeconomics

What Is Paradigm? - Definition, Development & Examples

The Intersectionality Theory of Gender

What is Aesthetics in Philosophy? - Definition & History