Copyright
Lesson Transcript
Instructor: Lynee Carter
Purified protein derivative (PPD) is the solution used to test for the bacterial infection, tuberculosis (TB). Learn the symptoms of TB and the importance of the test results in preventing further infection. Updated: 10/15/2021
Create an account

There are many germs in the environment that can spread from one person to another. Some places, like healthcare facilities, are more likely to have certain types of these germs. For this reason, medical professionals are often more susceptible to specific infections.

Tuberculosis (TB) is an example of a bacterial infection that can be spread easily. This is because a person who has TB may not be aware that they are infected. Therefore, many medical professionals working in healthcare environments receive a PPD, or a test that tells whether a person has been infected by the TB bacteria. 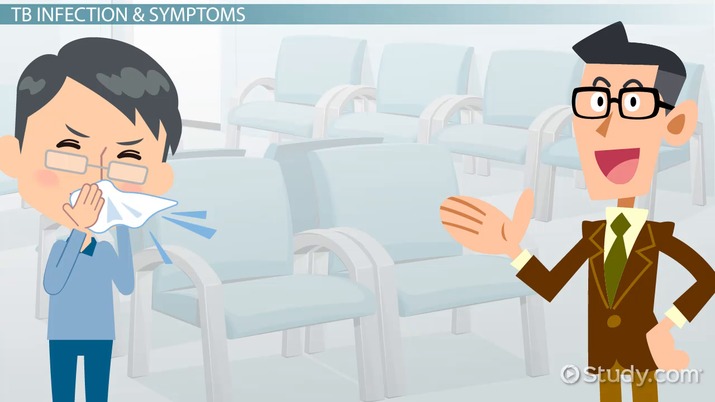 Try it now
Back
Coming up next: Definitive & Accidental Hosts in Parasitic Life Cycles

What is a PPD?

PPD stands for purified protein derivative, which is the solution used for the test. Alternative names you may hear the test called are tuberculin skin test, TB test and Mantoux test.

During the procedure, a small amount of the solution is injected with a needle, right under the skin of the inner forearm. A raised area or wheal is seen when administered correctly. If the person has antibodies to the TB bacteria in their body, a skin reaction will appear. However, this does not mean the person has the TB disease. Further testing is necessary for an accurate diagnosis.

TB disease is caused by the bacteria Mycobacterium tuberculosis that primarily affects the lungs but can be found in other organs of the body. It is spread from one person to another through the air. People are at risk of getting it if they are around a person infected with it who is coughing, talking, sneezing or singing.

There are many distinct symptoms a person with TB disease may complain about. Fever, sneezing, coughing, weight loss, blood in the sputum and night sweats are the most common symptoms. TB can even lead to death. This is why it is important that people who are at a high risk of getting it should be tested. Other than medical professionals, this includes people who are HIV positive, IV drug users, occupants of crowded residential areas and those from countries where TB is prevalent.

The results of a PPD have to be read by a medical professional within 48 to 72 hours. This involves the injection site being inspected and measured. In some cases, the area may be red and tender, which is insignificant to the results.

A PPD is an effective test that helps determine if someone has the TB bacteria. People who are at a high risk for TB should have it done to see if they have been infected. It is important to know, although the results do not conclusively show if they have the TB disease, it still can be one of the first steps in identifying this life-threatening disease.

Private Limited Company Advantages & Disadvantages | What is an LTD?

The Road Not Taken by Robert Frost | Summary, Themes & Symbolism