Product liability refers to the legal responsibility of a business if it produces and/or sells a faulty good or service. Explore the definition and three different theories of product liability: breach of warranty, negligence, and strict liability. Updated: 09/26/2021
Create an account

Many businesses sell or manufacture goods. Product liability is the legal responsibility imposed on a business for the manufacturing or selling of defective goods. This is one way our society enforces consumer protection, or the idea that consumers shouldn't be harmed by the products we buy. When a consumer is harmed by a product, that consumer can usually file a civil lawsuit in state court. All product liability laws are state laws and therefore vary by state.

But, in any jurisdiction, the consumer will need to choose a theory of liability under which to sue. This simply means that the consumer, or plaintiff, must base his or her cause of action on a recognized legal rule that would hold the business legally responsible.

In most jurisdictions, a plaintiff's cause of action must be based on one or more of these three different theories:

Let's take a look at each of these theories individually. 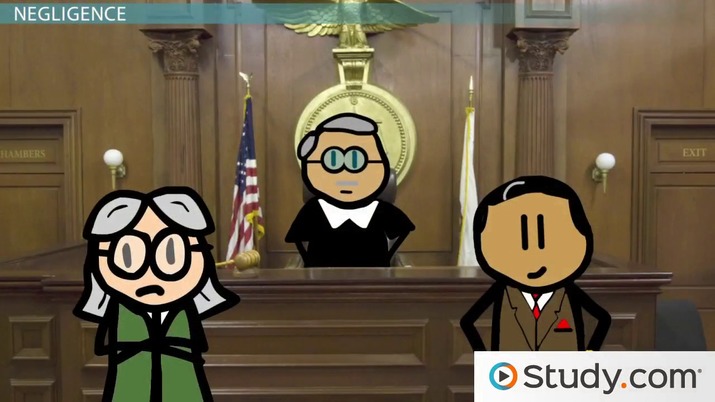 Coming up next: What Is Credit Protection? - Laws & Services

The first theory of product liability is breach of warranty. This theory concerns the seller's failure to fulfill the terms of a promise, claim, guarantee, or representation made about the product. This theory isn't used very often because it's based in contract law and assumes that a contract exists between the consumer and the seller. Therefore, the consumer must prove the existence of a contract or the existence of an agreement. This theory applies specifically to agreements made between a consumer and a seller.

The second type of warranty is an implied warranty of merchantability. This is an unwritten and unspoken guarantee that the product is fit for the ordinary purpose for which it's intended. For example, a lawnmower is normally used for cutting grass. If the lawnmower doesn't come with a blade or the blade is too dull, then the lawnmower won't be fit for its ordinary purpose.

The third type of warranty is an implied warranty of fitness. This is a guarantee that the product is fit for a particular, non-ordinary purpose. For example, let's say that Kay works at a pet store. Some customers come in looking for kitty litter to help clean up an oil spill at a local garage. Kay recommends several bags of kitty litter to soak up the oil and tells the customers that the litter will work. Once Kay makes this recommendation, she's made an implied warranty of fitness.

Everyone in this chain of distribution has a duty to exercise reasonable care. The care must be shown toward anyone who is likely to be injured by the product. This includes the purchaser, his or her family members, any bystanders, and anyone who leases or holds the product. Notice that this is unlike breach of warranty, as that theory is limited to the relationship between consumers and sellers only.

Let's take a look at a real life example of product liability negligence. You may have heard of the 'McDonald's hot coffee case.' This case is entitled Liebeck v. McDonald's Restaurants.

Stella Liebeck was 79 years old and a passenger in her grandson's car when she purchased a cup of coffee at a McDonald's drive-through. After they parked so she could add cream and sugar, Liebeck placed the Styrofoam cup of coffee between her legs and removed the lid. When she did, she accidentally spilled the entire cup of coffee in her lap.

Within minutes, she'd suffered third-degree burns. She spent eight days in the hospital and underwent numerous skin-graft surgeries to her thighs and groin area. Research showed that McDonald's served its coffee at a much higher temperature than many other establishments and had received hundreds of injury reports. Many of these reports even involved children.

Liebeck initially asked McDonald's to pay only her actual and anticipated medical bills. This was a relatively reasonable $20,000. But, McDonald's refused to pay more than $800. At a jury trial, McDonald's was found liable based on a theory of negligence. Liebeck was originally awarded $160,000 to cover her expenses and another $2.7 million in punitive damages.

The judge then reduced this award to $640,000. Both parties appealed and later settled out-of-court for an undisclosed amount, though it's the multi-million dollar award that Liebeck never saw, and never asked for, that many people remember.

In this case, McDonald's both made and sold the product. But, keep in mind that negligence can apply to any of the parties in the chain of distribution, as long as the negligent party and the negligent act can be identified.

Now, let's take a look at a third theory of product liability. It's strict liability. This means that a business will be held liable if its defective product causes injury, regardless of fault.

In most jurisdictions, strict liability generally requires the plaintiff to prove these elements:

Strict liability is an easier theory for plaintiffs to use. Unlike negligence, the consumer isn't required to prove who failed their duty or who, exactly, caused the plaintiff's injury. Strict liability can be imposed on manufacturers, distributors, or retailers for their defective products.

For example, let's look at a real life case involving a defective seat belt. A jury ordered Mitsubishi Motors Corporation to pay a Florida family almost $11 million in damages after their 25-year-old son was killed in a 2004 automobile accident. The Laliberte family's product liability lawsuit was based on a strict liability theory.

Scott Laliberte was a front-seat passenger, properly wearing his seat belt, in a Mitsubishi Sport Nativa when the SUV was involved in a rollover accident. The seat belt was purposely designed with a 'breakaway loop,' meaning that an extra 10 inches of slack would release during an accident.

Laliberte's seat belt operated as designed, but his seat back unexpectedly collapsed. Consequently, he was partially ejected through the back seat window. The family alleged that the seat belt and possibly a faulty seat back caused this to happen. While Laliberte suffered fatal injuries, the driver of the SUV suffered only a scratch. The driver's seat belt, notably, did not have a breakaway loop.

The Laliberte family wasn't required to prove who at Mitsubishi was at fault. It didn't matter if it was the defective design or a defective production. If either the seat belt or seat back was defective and that caused the injuries to their son, then Mitsubishi would be found strictly liable for Laliberte's death, and the jury found that they were.

Generally, there are three different theories:

Breach of warranty is the seller's failure to fulfill the terms of a promise, claim, guarantee, or representation made about the product. This theory is based in contract law and assumes that a contract exists between the consumer and the seller. There are three different types of warranties:

The third theory is strict liability and means that a business will be held liable if its defective product causes injury, regardless of fault. Unlike negligence, the consumer isn't required to prove who failed their duty or who, exactly, caused the plaintiff's injury. If the product is defective and caused the plaintiff's injury, then the business will be held strictly liable.

You'll have the ability to do the following after finishing this lesson:

McDonald's was held liable for injuries to customers caused by its coffee being too hot. Why was the liability based on the theory of negligence?

What Is the Uniform Commercial Code? - Definition & Example

Rules of Construction and Interpretation in Law