Kimberly has an undergraduate degree in Lab Sciences and a Master's degree in Education.

The uterus is a hollow organ in the female reproductive system where a fetus grows and develops. Learn about the definition, function, and operation of the uterus, and discover its importance for reproduction. Updated: 08/31/2021
Create an account

What Is the Uterus?

The uterus, also known as the womb, is an interesting and complex organ that's part of the reproductive structure of the female anatomy. This complex organ is quite small in size, actually comparable to the size of a pear. However, this pear-sized organ is responsible for what can arguably be the most important aspect of human life: continuity of the human species.

The uterus is physically located inside a female's body in the pelvic region, the middle area between her hip bones directly underneath the navel, also referred to as the belly button. It's made of multiple sections to assist with the travel of an egg. The egg is released from the female ovary through the Fallopian tubes into the actual lining of the uterus. If fertilization of the egg doesn't occur with a male's sperm during the female's ovulation phase, the uterine lining that has built over the course of several weeks will slowly begin to slough away and leave the female body. This is a stage referred to as menstruation. 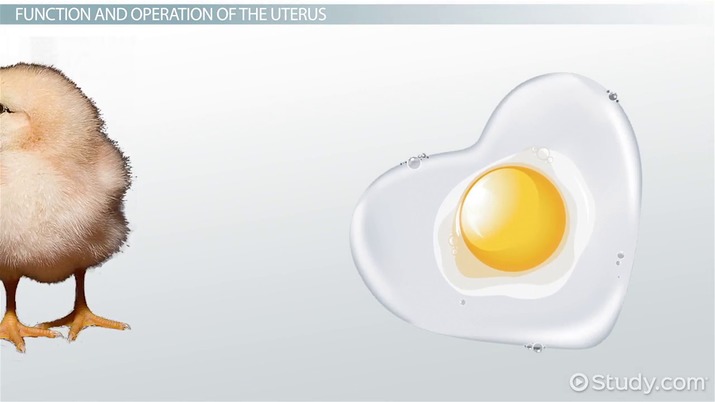 Function and Operation of the Uterus

As I noted earlier, the function of the uterus is to continue life. This is a simple statement, but one which may be a little harder to understand in scientific terms. As an example, think of a raw egg: there is the yellow egg yolk and the clear-colored egg white. These components actually provide almost everything needed to help grow a baby chicken; this is, of course, if the egg had actually been fertilized and not shipped straight from the egg farm to the supermarket.

The yellow egg yolk contains nourishment that would be needed if fertilization had taken place. The egg white is primarily used as a source of support and protection for the 'baby chick' to rest while inside the hard shell. We can look at the hard shell as the female's outer body in our egg analogy.

The uterus is a lot like an egg. This is because its sole purpose is to serve as a 'house' for growing a fetus. Just like an egg, the uterus and its various linings give the embryo the support, protection, and nourishment (through the placenta) a growing fetus would need while developing into a full-term baby. While there are, indeed, differences in an egg and the human body, this simple analogy can help us to understand a little better how the uterus serves a tremendous role in the continuation of life.

Let's review. The uterus is where we and all other mammals develop until birth. It's a complex organ that undergoes a periodic cycle, which all women are familiar with, beginning with ovulation and ending with menstruation. Its function and operation is very similar to that of a chicken egg: housing and allowing the fetus time to develop.

After this video has been watched and reviewed, you should make it your goal to:

What Is the Uterus? - Function, Operation & Definition
Related Study Materials

What Are Ovaries? - Definition, Functions & Size

What is Menarche? | Age & Physiology

Uterus Function, Layers & Parts | What is the Function of the Uterus?

What is the Placenta? | Placenta Development, Location & Function