Understanding sentence structure in any language is key to improving fluency. Learn more about the roles of subject, predicate, and verbs in an English sentence and when to use 'who,' 'whom,' 'whose,' and 'who's.' Updated: 10/20/2021
Create an account

To get to the bottom of the confusing words 'who' and 'whom,' first we have to review basic sentence structure. All sentences are made up of subject and predicate. The subject is the main person or object doing the action. The predicate is the action and everything else that is not attached to the subject. If you can identify the verb, which shows action or state of being, then the predicate will be the verb and all that follows it. Let's look at an example to practice identifying subject and predicate.

Look at this sentence: 'The large dog chased the little girl.' What is the action? You should see the word 'chased' shows the action. 'Chased' is the verb. All the words following 'chased' is what constitutes the predicate. Now ask, 'Who is doing the action?' The dog is doing the chasing. Thus, the dog is the subject. You might be asking, 'What about the words before dog?' 'The' and 'large' are attached to the word 'dog,' and so are considered part of the subject.

So you might be wondering how will subjects and predicates help you decide when to use 'who' and 'whom?' Well, in order to understand the difference, you need to know how to identify the subject and predicate of a sentence. Now that we have reviewed that, let's look at those two words and when to use them. 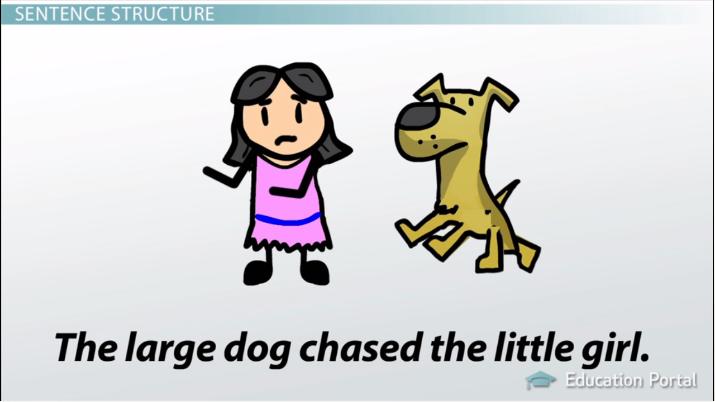 Coming up next: Gerunds: Are They Verbs? Are They Nouns?

Who as a Subject Pronoun

Now that you understand that 'who' is a subject pronoun, you need to remember to only use it when you need a subject for a sentence. 'Who' is usually used in questions, but don't let that confuse you. Questions have subjects and predicates like every other sentence. For example, look at this sentence: 'Who can define the term pronoun?' Can you identify the subject and the action? You should see that the action is 'can define.' Then you can determine that 'who' is the subject, since it is the doer of the action. Since this is a question, you don't know who is really defining the term. Instead, 'who' is the pronoun standing in for a subject of a sentence.

Whom as an Object Pronoun

Look at this example: 'Katie can drive with whom to the store?' What is the action of this sentence? You should see 'can drive' is the action. Who is doing the action? 'Katie' is driving, and thus is the subject of the sentence. So 'whom' is the correct usage in this sentence, since it falls in the predicate and not the subject. For 'whom,' remember to identify the subject. If there is a clear subject, then use 'whom' as your pronoun as it falls in the predicate of the sentence.

If you feel you may have trouble identifying subject and predicates in questions, there is another technique to determine when to use 'who' and 'whom.' Simply substitute either 'he' or 'him' in place where you want to use 'who' or 'whom.' If you can tell 'he' is the correct word, then it's a subject pronoun and should use 'who.' If you would use 'him,' then it is an object pronoun and you need to use 'whom.' If it helps, 'him' and 'whom' both end with the letter 'm.'

Let's use this technique with a few examples. Look at this sentence: 'Him went to the store.' Hopefully it is obvious that you should use 'he' instead of 'him.' So if you were making this into a question, you would use the subject pronoun 'who' to replace the word 'he.' It would become 'Who went to the store?' and not 'Whom went to the store?'

Once you understand 'who' versus 'whom,' 'who's' and 'whose' is going to be a piece of cake. 'Who's' stands for 'who is' or 'who has.' It is simply a contraction, which combines two words. 'Whose' is the possessive form of 'who.' Remember possessive form means showing ownership.

To review, you need to understand subject and predicate to differentiate between 'who' and 'whom.' 'Who' is a subject pronoun and must serve as the subject of the sentence or the doer of the action. 'Whom' is an object pronoun and occurs in the predicate of a sentence. Decide where your pronoun occurs and you can determine to use 'who' or 'whom.'

Finally, to differentiate between 'who's' and 'whose,' you need to test the contraction. Replace the pronoun with 'who is' or 'who has.' If the sentence makes sense, then use 'who's.' If it does not make sense and you need to show ownership, use the possessive 'whose.'

Subsequent to watching this lesson, you could:

Who, Whom, Whose & Who's
Related Study Materials

Verb Forms Overview & Examples | What is a Verb Form?

Using Has Vs. Have | Difference between Has & Have